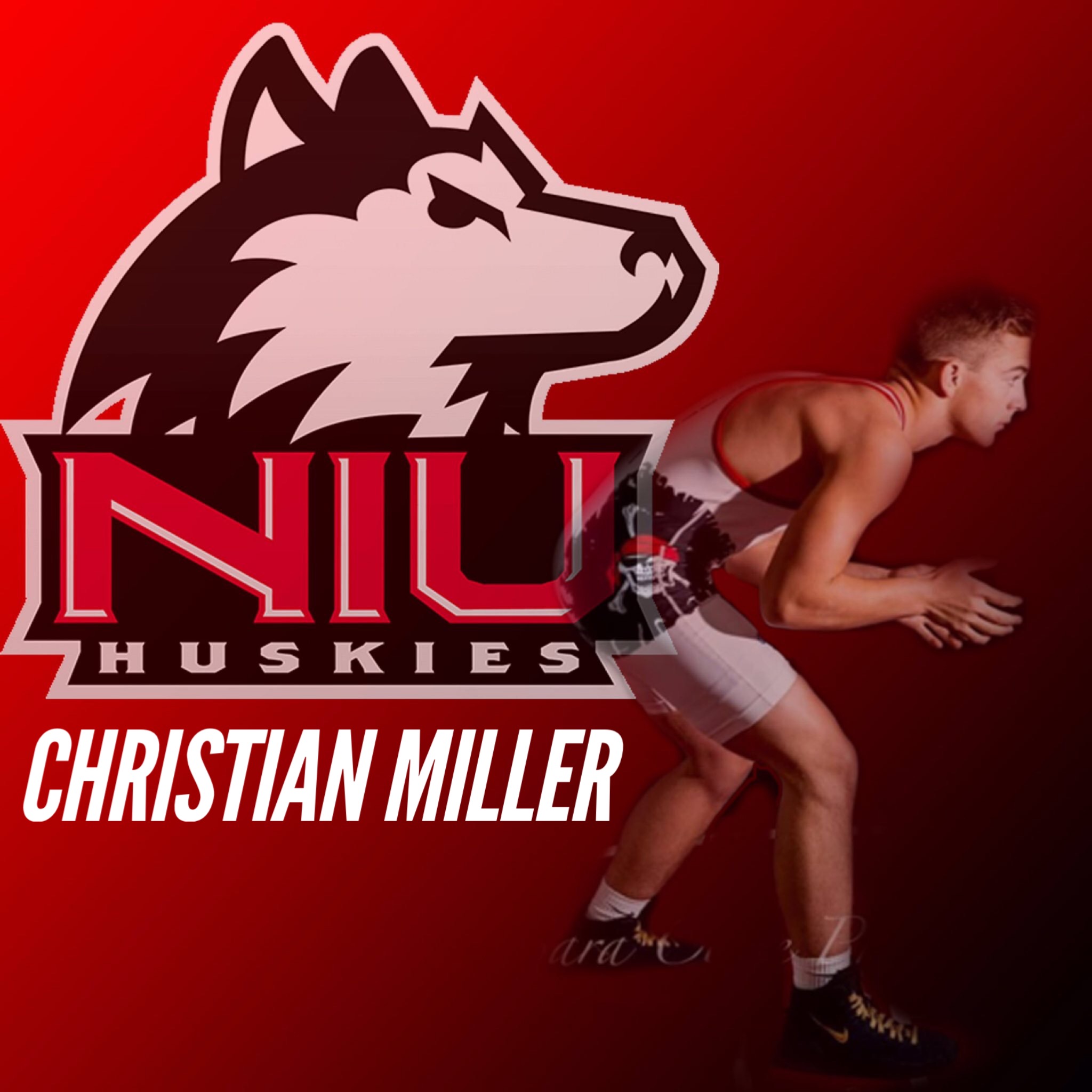 NEwrestle: Congratulations on making your college decision! What were the deciding factors that led you to choose Northern Illinois University to continue your wrestling career?
Christian Miller: I decided to wrestle at NIU because I wanted to have no regrets later in life about being division 1 or 2, and when I visited the school it just felt right.

You’re in a position to end your high school career as a 4x State Champion. Was that your goal entering your freshman season?
No, I didn’t really look at it in the long run. I just focused on winning match by match and all in all, I just wanted to focus on one state title at a time rather than 4.

What were the biggest challenges you faced as an incoming freshman when you burst onto the high school scene?
Some of the biggest challenges were to chain wrestle and not think about what you’re going to do, and just make it a reaction. I would also encourage all wrestlers to get into the weight room as a 7th grader at least. So when you enter high school, you don’t get overpowered.

Looking back at your 3 state titles, which are you most proud of?
I am probably most proud of my sophomore year, because I had some minor bumps in the road mentally and physically. That was also one of my most stacked weight classes!

You won your first two state titles in class C before Plainview moved to class D. What are the differences between the two classifications?
In class D, you will have a couple of studs in every weight class, but not much depth. In class C, the competition all around has more depth and 1-6 on the state medal stand are usually all very close or equal in ability. However, I think a state champion from class D can beat a state champion in any class, because I personally have wrestled people in all classes and had no difference in competition.

What are your goals for your senior wrestling season?
My goals for my senior year would be to win state and wrestle more dominate than I ever have before In my high school career I want to step out on the mat and not finish a match I want to tech-fall or pin everybody my senior year!

When your high school career is over, what word do you hope people use to describe the way you competed?
Relentless

Is there anyone you’d like to thank?
Yes I would like to thank my coaches for sure. I have a very strong connection with all of them, especially with my head coach! I wouldn’t be where I am today without them pushing me everyday and having great partners on the team. They don’t get much credit for what they have done for me, but they battle with me and I expect a lot from them this year. I can see all them on that medal stand or on top of it at the end of the year.