Day One Reactions from Class B Coaches 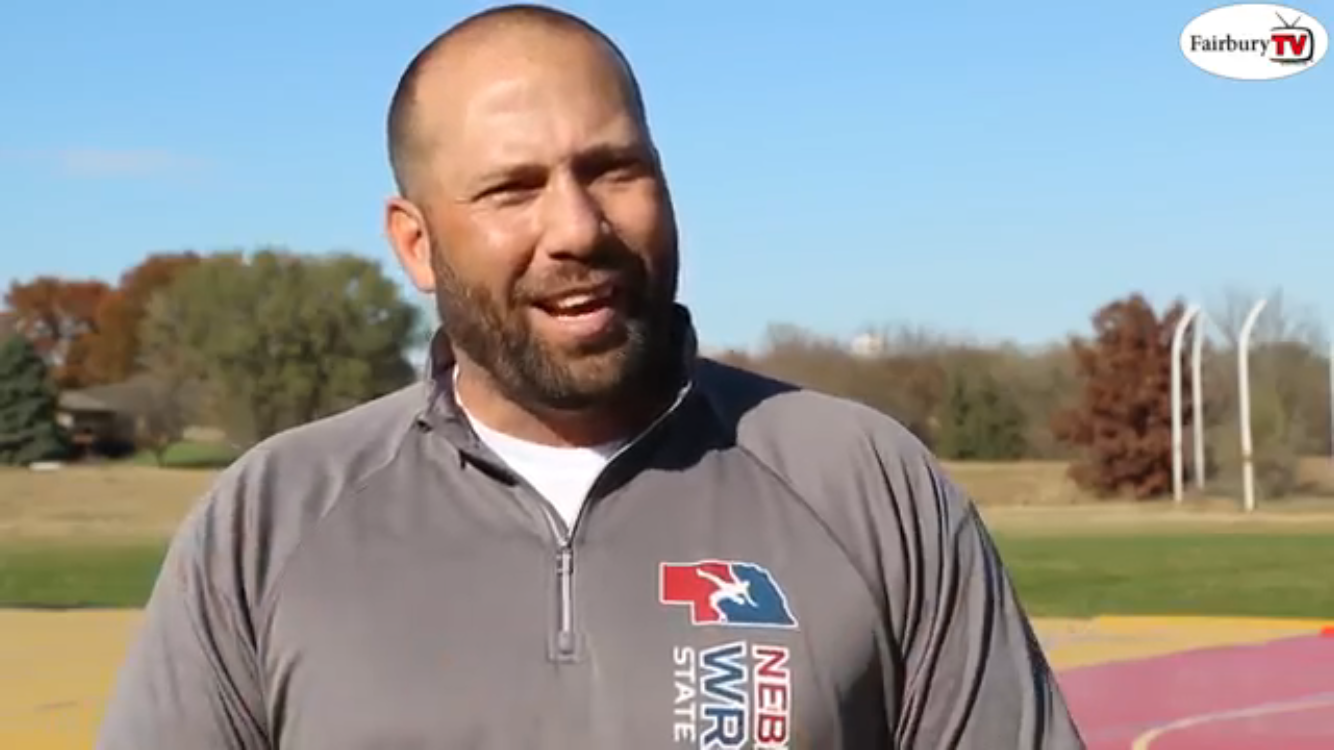 Fairbury High school set up two full mats on their football field and practiced outside to celebrate the first official day of practices. Outdoor wrestling events are tricky this late in the year, but the weather was perfect for the Jeffs.

Derek Garfield of Fairbury:
“We wanted to do something unique as a way to jumpstart the wrestling season and we wanted to bring our community closer to the sport to create some excitement here in Fairbury! It was a huge success!”

James Miller of Scottsbluff:
“It’s always good to see those familiar faces but also excited to see the new guys walk in the door too. I am excited to see what we can do with such a great group of guys.”

Jeremy Hlavac of Schuyler:
“The first day went really well. The Schuyler team is hungry to get on the mat. We had a great 2 week condition session with everyone showing up to work hard. We have around 40 wrestlers out this season. Most have experience and all are very excited to compete.”

Adam Tranmer of Winnebago:
“The first day of practice was great. As second year program going from 12 kids last year to 29 kids this year Winnebago Wrestling is growing fast. Wrestlers this year have a lot more fire and intensity with the goals of making it to the State tourney. 2016 will be great year for the Winnebago Indians.”

Chuck Mulligan of Omaha Gross:
“A lot of electricity and hard work. These guys are excited for something new. We are ready to restore a program that used to thrive. We are ready to bring all of it back.”

John Ganser of Sidney:
“It was a good opening day. We worked on a lot stance, motion and learning the practice drills and routines.”

Curtis Gocke of Plattsmouth:
“Be willing to get better each day and it will get better. Write down what you like about wrestling, cause it’s a tough sport.”

Chas DeVetter of Skutt Catholic:
“1st day was unique for us. We had 2 separate practices because of a freshman retreat. We were missing quite a few football players who are in the State Championship. It was good to get our veterans back and to see our freshmen in a high school practice!”

Sean Cunningham, Assistant Coach at Gretna:
“Don’t take anything for granted. Repetition is the key to learning.”

Alan Pokorny of Bennington:
“I thought the first day of practice went very well. The kids picked up on what we showed right away and the intensity was very good. I expected this out of our experienced guys, but was very pleased with the potential I see in some of the younger guys.”