Day One Reactions from Class A Coaches 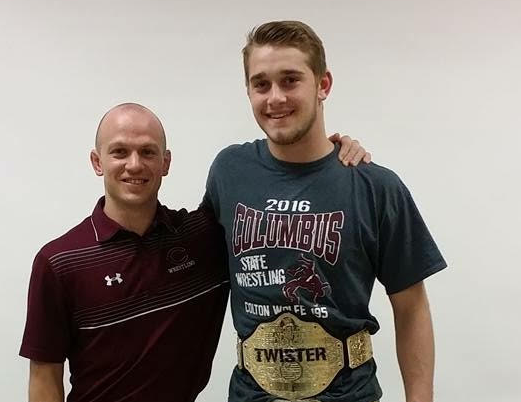 “The first practice of the year is always different from every other practice. The kids are eager as is the coaching staff. This year we are in a new school and new wrestling room, so it was a difference feel from our past first practices of the year. We enjoyed having more space and found that we are able to incorporate more partner drilling instead of groups of 3’s and 4’s. We are excited and it was great to get the season started. We are now looking forward to our first competition on December 3rd here at home for the KHS invitational.”

“The first day of practice was an exciting one for South Sioux City wrestling. The upperclassmen on this team are on their 3rd head coach in just 3 years! There are a lot of young men on this team who have the qualities to become great leaders within the Cardinal Wrestling family.”

“The first day of practice is pure adrenaline! If you could bottle this energy and excitement, you would have the most treasured magic elixir in the world! I wish every day was like the first day!”

“The team showed up ready to work!! We liked the way they gelled together and pushed each other on day one!! The coaching staff tested their passion and were thrilled they showed it!! The Bunnies will be ready to wrestle 6!”

“Today’s practice was a great kick off to the season. Energy levels were extremely high! One of the most experienced groups we have had in recent years.”

“The kids showed up ready to go. Most have been wrestling all off season preparing to achieve their goals. It’s always exciting to mix the new and old faces.”

“Great first day! We had some high level scraps at our lighter weights. I think we’ll be better than people think.”

“Today in Columbus, it didn’t feel like the first day of practice. We put so much work in this off season, it seems like just a continuation. Our senior leadership is very strong and we have added a lot of wrestlers to our team. Today we had 55 wrestlers, and the success of last year’s team that was GNAC Champs, District Champs, and 3rd Place at State has helped us recruit a lot of talented athletes to our team. We are looking forward to a fun season!”

One thought on “Day One Reactions from Class A Coaches”