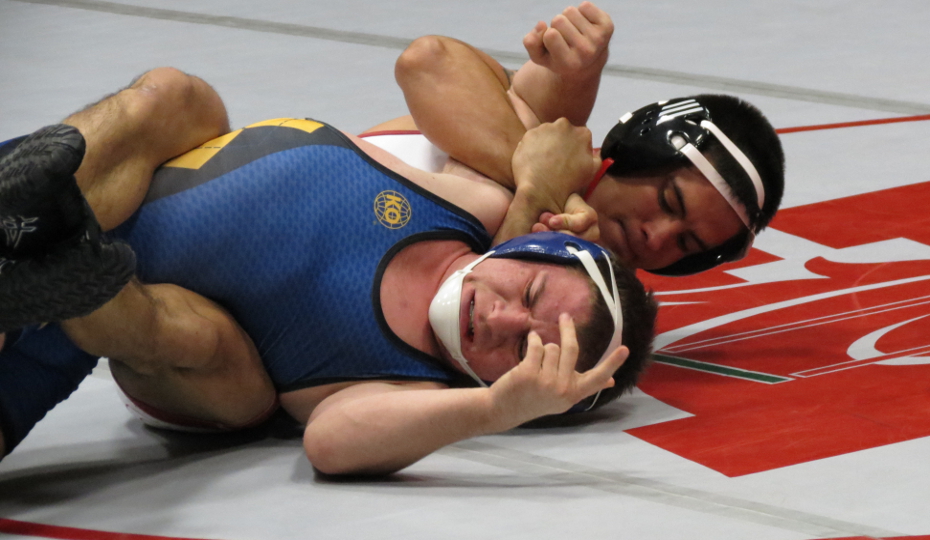 Separation comes from preparation. That’s the theme for the Hastings College Broncos this season. “It’s about doing the little things well, leaving no stone unturned and not cutting corners,” explained Head Coach Mike Schadwinkel. With very few seniors, Schadwinkel explained that the Bronco roster has some talent that needs to be tapped into.

Schadwinkel has made a few changes to the schedule that should challenge the team and draw that talent to the surface. The Broncos will compete in the Oklahoma City University duals where they will dual Oklahoma City and Lyon College who haven’t been on their schedule in previous years. Another addition to the schedule, is a two-day tournament hosted by Missouri Valley University where they will see 25-30 of the best NAIA schools in the nation. “This tournament will broaden our horizons and see where we stand heading into the last month and a half of our season,” added Schadwinkel.

Before Hastings College, Mike Schadwinkel was the head coach at Grand Island Senior High. A former state champion from the same school, Efrain Ayala, is entering his 3rd year as head coach at D3 Wisconsin-Oshkosh. Ayala’s team will stop at the Flatwater Fracas on Friday December 16th. They will dual the Broncos in the middle of the day, then continue on their way to Las Vegas for the Desert Duals. “Although I never coached Efrain, this will be a neat event to host during the high school dual tournament especially with our connection to Grand Island Senior High,” added Schadwinkel.

The deepest weights on the Bronco roster are 133 and 141, which happen to be two of the toughest weight classes in the GPAC conference. Trey Trujillo and Nolan Laux will most likely split time during the year to see who can hold up against rigors of the long college season.  The same will go for Christian Mesa and Taylor Rich at 141. In the NAIA, teams can take up to 12 entrants to the NAIA national tournament. “It’s early in the season, but we will likely take both wrestlers at 133 and 141 to the national tournament,” explained Schadwinkel.

There are three wrestlers who could emerge at 165. Austin Moyer was the Bronco’s starter at 157 last year, but will be challenged by freshmen Justyn Franklin and Cameron Dubois. “Justyn has a very high ceiling and he can be very successful if he keeps on the right path. Cameron has a stingy style and is hard-nosed, which is perfect for college wrestling,” commented Schadwinkel.

Former Nebraska high school state champions Brian Messersmith and Billy Thompson will man the 157 and 174 spots. “Brian is tough on the mat, can slow things down in the neutral position, but can score when he needs to. Billy has matured and bought in. His commitment has really sped his development which I believe will make him a factor in our conference,” added Schadwinkel.