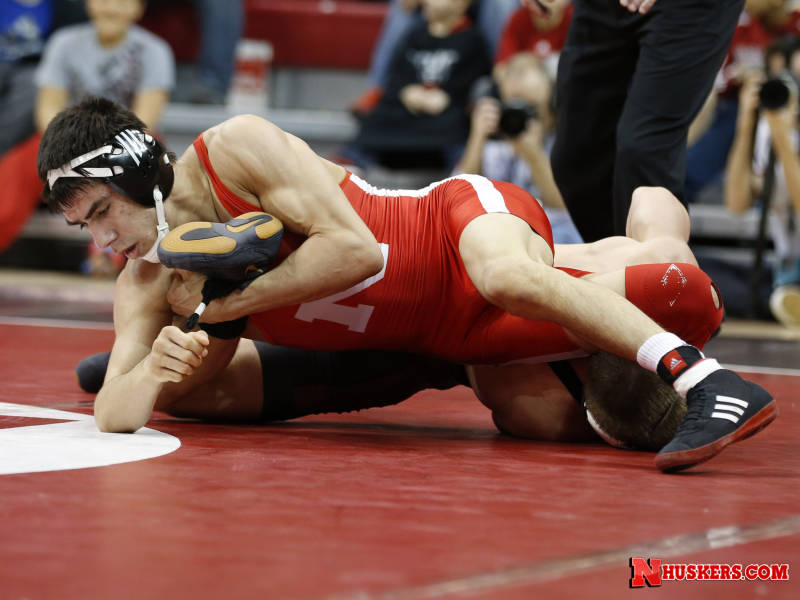 Nebraska All-American Eric Montoya has been selected to compete in the 2016 NWCA All-Star Classic held November 5th in Cleveland, Ohio. Montoya’s match announcement marks the half way point for the dual, with two other weights each having one confirmed wrestler for the event. Montoya will be pitted against Big Ten foe Zane Richards of Illinois, who is coming off of a fourth place finish at the 2016 NCAA championships at 133 pounds. Montoya was the fifth place All-American at the same weight.

This will be the fifth meeting since 2015 for the two wrestlers, with Richards holding the series lead 3-1. The only win in Montoya’s favor occurred at the 2015 NCAA championships where he came out on top by major decision, 10-1. In their only meeting since that match, Richards defeated Montoya 5-1 at the 2016 Big Ten Championships when the duo met in the tournament’s semifinals.

Montoya is one of two returning All-Americans for the Cornhuskers this season with the other being NCAA finalist TJ Dudley (184 pounds). This would be the third straight season where Montoya is the starter at 133 pounds in the Nebraska lineup, after taking over the spot his sophomore season.