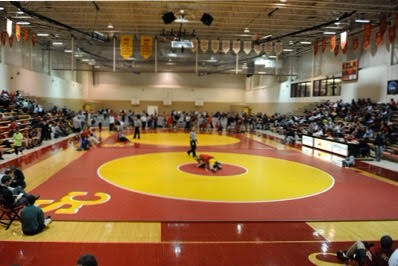 By Rob Sanders
Simpson College hosted the Preseason Nationals America Crown tournament on Sunday October 2nd that included competitors from 18 different states. 19 wrestlers from Nebraska competed in the event with only Iowa, Kansas and Missouri bringing more wrestlers.
Cade Creighton won 2 matches by fall on his way to the 12 and under 114-130lb bracket championship.
Tom Wentz used 4 falls and 1 decision to win the 14 and under 124-133lb bracket. Wentz also competed in the 133-150lb bracket and placed 2nd despite being the lightest in the weight class.
Teontae Wilson recorded 2 falls to win the High School 127-145lb bracket. One of the falls was over a Fargo Freestyle All-American. Wilson fell behind early in the match, but battled back to tie the score before earning the fall.