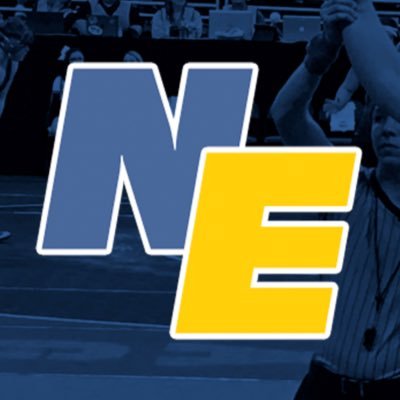 Congratulations to our 2022 NEWrestle scholarship winners. Callie Arnold of Pierce and Zach Ourada of Omaha Skutt. These two wrestlers exemplified prowess on and off the mat. Their leadership in the wrestling room, classroom and in their communities is a big reason why they are this year’s winners.

Callie Arnold graduated from Pierce High School. She was one of the many wrestlers who joined wrestling after playing basketball. In her first year of wrestling, as a junior, she made the finals finishing runner up. Her senior year she finished 5th. She will be attending Iowa Western CC and wrestling for their program. She was strong in the classroom as well carrying a 3.6 GPA.

Arnold was a three sport Athlete for the Bluejays. She competed in Cross Country, Basketball and Track. Midway through her junior year she decided to go out for wrestling. She said it helped her a lot with her self-confidence. After finishing runner up at NSWCA as a junior she was fully invested in the sport. She went out senior and it was the first year Nebraska recognized Woman’s wrestling as an emerging sport. That meant the Girls would get to wrestle in Omaha at the same time as the boys. She really enjoyed that experience saying “Last year doing wrestling, state just seemed kind of like woopty-doo to other people who are not involved in the sport. I have been apart of NSAA events in Cross Country and Track and this year getting to wrestle in Omaha it was nice to be noticed and get all the attention NSAA brings. This year it really felt like a championship.”

Callie loved talking about her coaches, teammates, and the community of Pierce. She said “Pierce has been home, they’re my family. They are supportive of everything in Pierce. The community was supportive of girls wrestling. I love it, I really couldn’t see myself anywhere else than Pierce.” It was one of her coaches at Pierce that led her to wrestling in college. Her original plan was to run cross country at Iowa Western. After state wrestling though her mind changed. “I wasn’t ready to be done wrestling. Everything Coach Painter has done for me and everything we had to go through this year, I just wasn’t ready to be done wrestling.”

For girls who are questioning wrestling, Callie would be a great person to talk to. She was on the fence at first as well. She said “Honestly, I would tell girls to go for it, it never hurts to try something new. I was on the fence about it, my parents were on the fence about it. It was scary because it was something new. I have loved every second of it though. It builds character, discipline, and self-defense. You never know what is going to happen, if someone was to attack, I know I could defend myself.”

“Callie Arnold is absolutely in my 10 years of coaching is the hardest working girl I have ever been around. She doesn’t have an ounce of quit in her.” -Les Painter (Pierce Woman’s Coach)

Zach Ourada graduated from Omaha Skutt Catholic. He will be wrestling for Nebraska-Kearney. He finished third this past season for the Skyhawks to add to his state title as a junior. He also finished third as a sophomore and freshman. Ourada was just as strong in the classroom with a 4.1 GPA.

Ourada Is a four time medalist in wrestling and also won a state title this past season playing soccer for the Skyhawks. He spent his fall’s wrestling for MWC Academy. He loved his experience at Skutt saying “It has been a roller coaster the last four years but I have wrestled on some really good team, met some really good wrestlers, and had really good coaches. Going to Skutt was the best decision I ever made.”

It was a Skutt connection that led him to going to Kearney. Former Skyhawk, Billy Higgins transferred to Kearney last year. “I knew Billy before he went to Kearney and I talked to him a lot about UNK. I also really like Coach Jensen and it is close to home.” He will be joining a talented team coming off a National Championship. Ourada will be majoring in Exercise Science and primarily Sports Medicine. After college he wants to stay connected with the sport and Skutt since he has a little brother who will be Attending Skutt in a few years.

Ourada looked back on this past season, he talked about the pressure of being a returning state champion “I know I didn’t get the result I wanted at the state tournament, but that comes with the ups and downs with wrestling. I just took things one match at a time. It goes to show you can put in all the work and have things not go your way.”

If there was any advice he wanted to give younger wrestlers he said “Stick with it, trust the process, you will have ups and downs but if you stick with it and trust the process you will love the final result.” It will be Ourada’s leadership that was passed down to Skutt’s young team that will help the Skyhawks in the years to come. He set a culture that will be passed down.

Zach is very disciplined and dedicated, when he chooses to do something he is all in, he had lots of early mornings with lifting and practice and still maintained a very high GPA. He is very self motivated. He is just a nice fun loving kid who is super fun to be around and gets along with everyone.” -Chas DeVetter (Skutt Wrestling Coach)