Bennington Duo to head to Walsh Ironman in Ohio 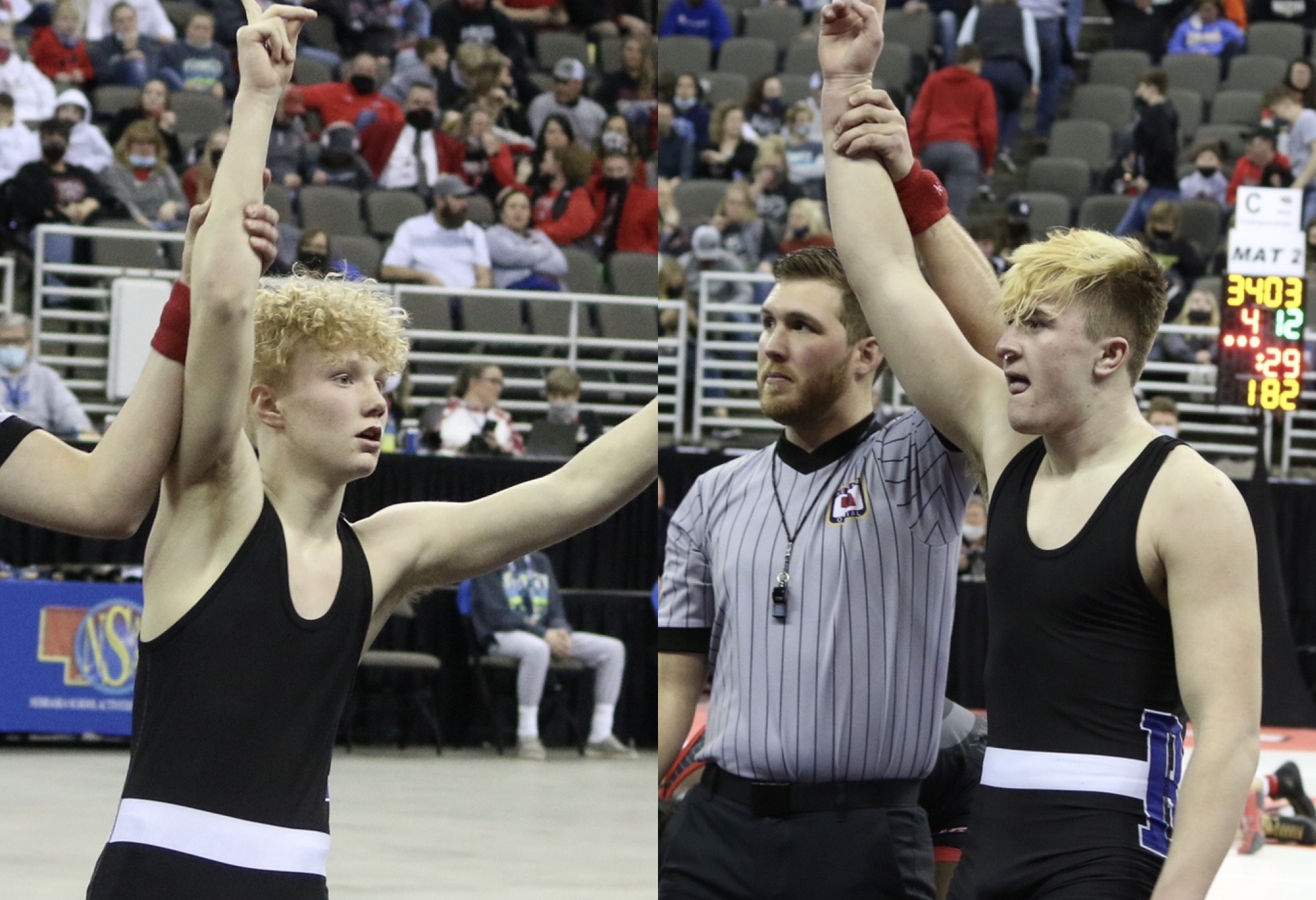 In the past two seasons Kael Lauridsen and Luke MacDonald have combined for four state finals appearances and three state championships. This weekend they’ll be going bigger than the state level, to the toughest in-season tournament in the country, the Walsh Ironman.

Kael Lauridsen is no stranger to the national (and international) scene. He’s a Fargo Champ and All-American, 2x Super 32 All-American, Pan-American Gold Medalist and UWW World Team Member. The Super 32 may be the toughest folkstyle tournament out of season as well, so Kael is crossing off the biggest tournaments one after another. He’s the 9th ranked 120lb wrestler in the country by Matscouts. His college decision will surely garner a lot of attention.

Senior Luke MacDonald burst onto the scene his sophomore season. He was a solid middle school wrestler and had a great freshman season at 152, but after jumping up to 182 as a sophomore really hit his stride. He pushed D1 bound Damen Pape to a 7-5 match in the state finals that season and finished as a State Runner-Up. Last season he made the late drop to 182 and captured his first State Title. He’ll be wrestling at NJCAA (JUCO) Powerhouse Iowa Western.

Ohio has slightly different weight classes than Nebraska. MacDonald will be wrestling at 215, rather than 220. He’ll eventually drop to 195 this season. His bracket will have over ten wrestlers ranked in the Top 25 nationally. He isn’t flying completely under the radar however, as he has garnered the #15 seed. He could meet up with #14 nationally ranked Kyle Snider (not to be confused with Kyle Snyder) in the round of 16.

Kael will be competing at 120 and there looks to be at least three wrestlers ranked ahead of him in the field. He’ll be on the short list of favorites to win the weight class and has received the #4 seed. He could see #2 in the nation McGowan if both make the semifinals.

Good luck gentleman! Nebraska is rooting for you!