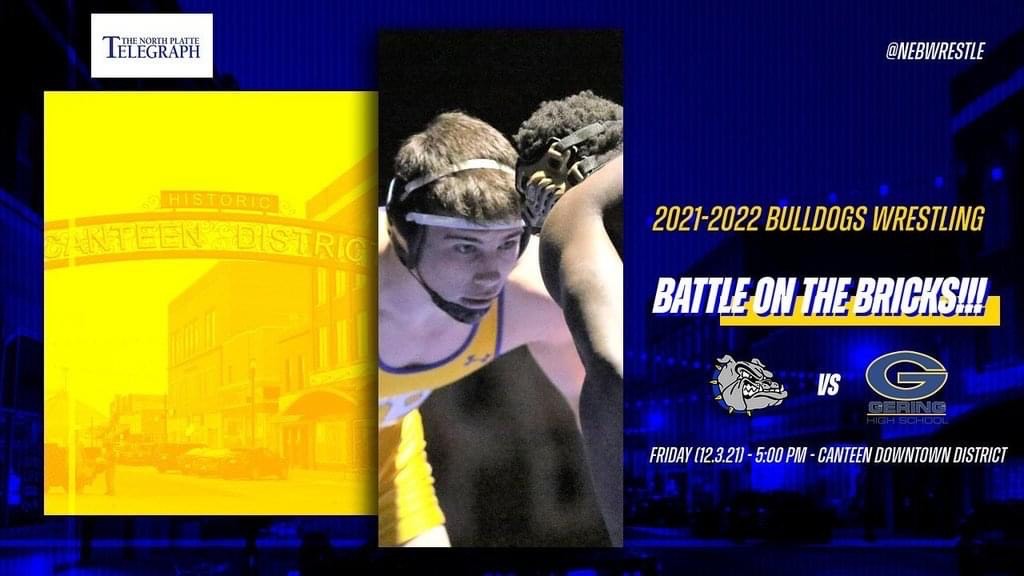 The event starts Friday night in the Canteen District in North Platte at 5pm with JV followed by Varsity. Class B#6 Gering will travel to Class A#7 North Platte to battle on the bricks. There have been outdoor summer tournaments at the Railyard in Lincoln and in Omaha at the Capitol District, among others. However, this will be the first ever in-season outdoor event featuring two fantastic teams.

North Platte is coming off of a runner-up finish in Class A last season. The Bulldogs have to replace outgoing senior medalists Brock Little, Jaylan Ruffin, Darian Diaz, and Gavyn Brauer. They still have the makings of a top team in Class A as they return eight state qualifiers, including State Champion Vince Genatone and medalist Ryan Fox who finished fourth last season. Other returning state qualifiers include Kole Weigel, Jace Kennel, Ethan Jackson, Luke Rathjen, Peyton Dimmit, and Matt Musselman. North Platte is coming off a deep run in the Class A football playoffs, so they’re still working on getting guys to weight and battling some dings from the season.

The dual came to be after last season. North Platte coach Dale Hall said “My AD Jordan Cudney reached out to me and told me he had an idea he wanted to run by me. He said he would like to do a outdoor dual on the bricks. In North Platte it’s known as the Canteen District. I loved the idea and Cudney told me find a team and we will make it work. I looked around and I knew Gering was great team and it would work out since they are heading to Cozad for and Invite on Saturday.” The two coaches agreed to the dual and that brings us to Friday.

It will be very unique being outdoors and Coach Hall likes it that way. He said “Lately a lot of teams have been doing duals on a big stage. I think this is another way to have a dual in a different environment. The guys can kind of show off what they do in front of the whole town.” The weather Friday is also cooperating. According to the latest forecast it is supposed to be sunny and 60.

Coach Hall is expecting a big crowd to turn out “A lot of people have been talking about it and are excited. I know a lot of the school is coming. There is a lot of excitement around town. Should be a great showing.” The school is bringing in bleachers to put on each side of the street. There will be a screen type spot light shining down on the mat to go along with the street lights that run along the business fronts. There will be no tickets involved. The event is a free will donation.