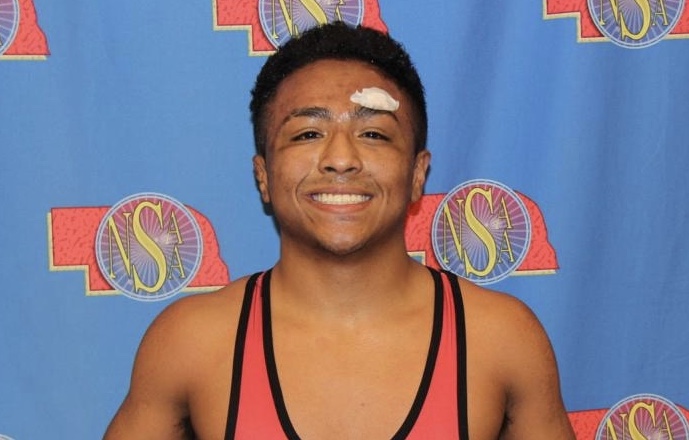 In 2021, there is just one wrestler going for their fourth state title, Wyoming commit Paul Garcia. Pauly was a big name entering the season his freshman year and didn’t disappoint. He won an exciting 3-1 overtime match against Gabe Grice to kick start his run for four titles. The past two seasons, he has wrestled district opponents in the finals at state as well. In 2019 as a sophomore he beat Jace Russman of Cozad 5-2. Last year he avenged two prior losses to Gering’s Paul Ruff, and won the title with a 4-2 win in overtime.

Garcia has moved up one weight class each season after starting his career at 106. His road to the finals at 126lbs will likely go through #5 Thomas Ivey in the semifinals. It’s possible for his finals match to be against a B4 District foe for the third straight year, with both #2 Paul Ruff and #3 Cyrus Wells on the opposite side of the bracket. Paul beat Wells 9-2 to win the district and has split with Ruff this season. The Garcia/Ruff final would garner a lot of hype just because of how well Ruff matches up in that one.

Paul has a great sense of humor and has been a fun interview at the state tournament. You’ll find him on the medal stand with his cowboy hat on. When asked what his thoughts were on his final state tournament, Paul said “Dream big, eat tacos, and don’t let no one stand in my way.” Good luck Paul!

Quinton Chavez of Gering is a big time performer on the big stage. He’s won state titles at 106 and 113 the past two seasons. An intriguing draw this year could see him wrestle his 2019 finals opponent Grady Arends in the quarterfinals, and his 2020 finals opponent Braiden Kort in the semifinals. Arends is ranked #3 and Kort is #5. Kort has actually handed Chavez his only loss of the season, although Chavez avenged that loss just a few weeks later. The potential finals match against #1 Ourada should be a good one!

Chavez is committed to wrestle for the Nebraska Huskers.

Valentine’s Chris Williams won a state title as a freshman over Central City’s Dyson Kunz at C106. He followed that up with another title at 113 as a sophomore over Zach Zitek from Aquinas. Last season Chris was a runner-up to Broken Bow’s Casey Faulkenberry. The two had some fantastic matches last season. This year Chris has sought out the best competition when he can. Including wrestling up one or two weights to take on some of the state’s best. He has a win over C132 favorite Ty Rainforth 7-0 and even wrestled 138 once against Darian Diaz of North Platte. Chris and Paul Garcia had a good match with Garcia winning 7-4 in January. All of these great matchups mean Williams is battle tested and ready for his fourth state finals appearance and perhaps a third state title.

At C126 it looks like Chris could see familiar rival Zach Zitek of Aquinas in the semis. In the finals he’ll likely have the winner of #2 Alex Schademann and #3 Konner Schluckebier. Chris will be wrestling at the next level at Nothern State in South Dakota.

Garrett Grice was our top junior in the state heading into the season. He’s committed to the University of Virginia. Both of his freshman and sophomore seasons he beat a very good Emilio Haynes from Omaha Central in the finals. This season he has basically teched all of his top competition in Class A. He’s a huge favorite to win title #3 this year and stay on track for FOUR state titles.

On Track for FOUR