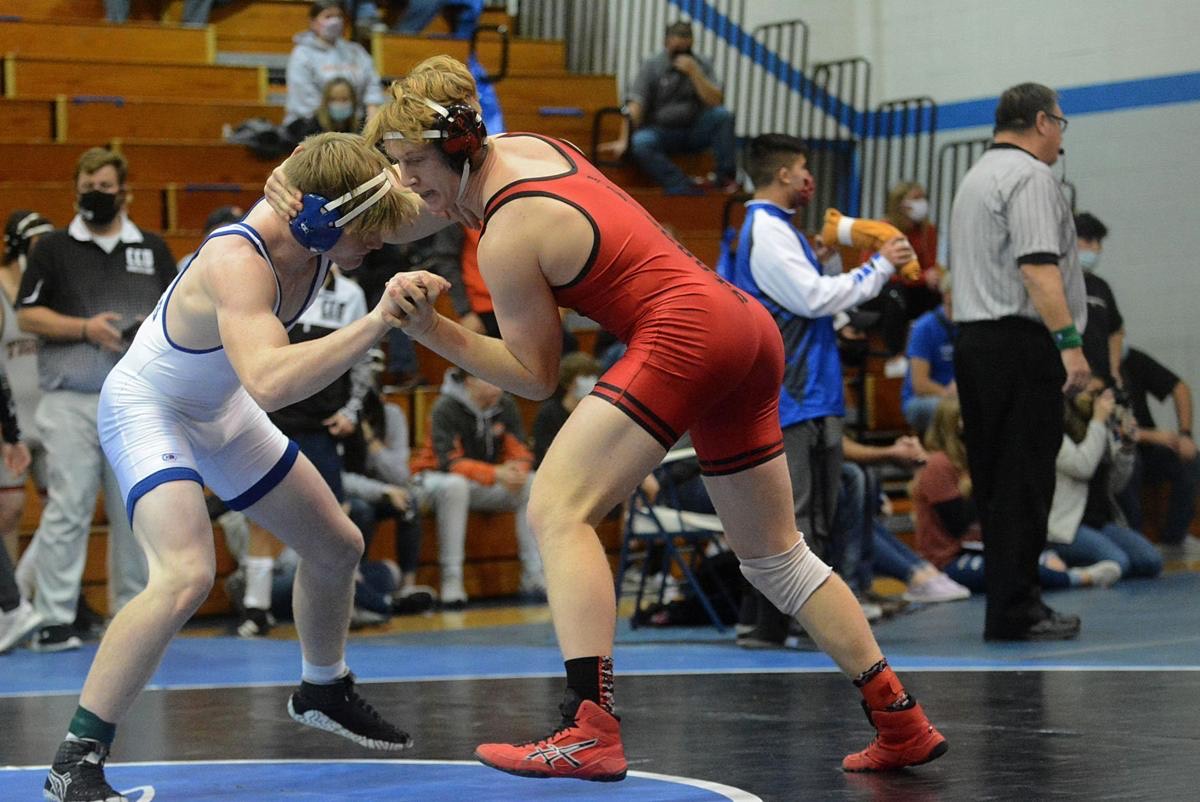 Aquinas has had no shortage of big duals this season, already besting some of the best in Classes B and C. Throw in the rivalry factor against David City and this one should be a good one. David City pulled off the shocker against North Platte prior to the holiday break and lost on criteria in a tie to Broken Bow last weekend. Aquinas would go on to beat Broken Bow for the second time this season.

Aquinas has been pretty crafty in recent years in duals. Using their depth to their advantage and moving wrestlers up weights to get the matchups they want. They won the dual against David City last year doing just that. Look for them to potentially move Nickolite up to 152 to wrestle Harris. They also have Paul Buresh move into the 195 spot fairly often and bump Miller and Meysenburg up to 220 and 285.

David City matches up quite well against Aquinas and if they can sweep 106-120, could pull off the upset. It will also be crucial for the Scouts to secure bonus points with their big guns in the upper weights.

106: Grady Romshek (AQ 14-8) vs Keaton Kloke (DC 7-6)
Not a ranked match, but both very capable 106 wrestlers and this one could have a big impact on the dual. Both wrestlers lost to Watson from Broken Bow by major last weekend so we’re going to call this one a tossup.

120: Zander Kavan (AQ 13-10) vs #9 Simon Schindler (DC 18-3)
Both are returning state qualifiers. Maybe give a slight edge to Schindler in this match as he pinned Kenning of Milford, who beat Kavan. When the two met in this dual last season, Kavan was a 4-3 winner.

132: #5 Noah Scott (AQ 18-5) vs #8 Josh Spatz (DC 4-0)
Spatz was impressive in his first action after the transfer rule. He majored #4 Vondra of Milford, who beat Scott. Scott is stingy and won’t make this one easy (ask #1 Quentyn Frank), so expect a close match with edg to Spatz.

138: #2 Hunter Vandenberg (AQ 22-1) or Jacob Moravec vs Ethan Underwood (DC 9-11)
This is another opportunity for Aquinas to gain bonus points. Vandenberg is very tough from top position and will be looking for a fall. David City has used a few different wrestlers at this weight throughout the season.

145: #3 Chris Nickolite (AQ 20-1) or Ethan Schmid/Jacob Moravec vs Harley Eickmeier (DC 17-7)
Maybe a little bit of specualtion here, but Aquinas has two solid options with Schmid and Moravec backing up Nickolite. Depending on how close the dual is you might see one of them take the mat here in a toss up match against a tough Eickmeier and have Nickolite bump up to wrestle Harris.

152: Ethan Schmid (AQ 16-6) or Chris Nickolite vs #9 Clayton Harris (DC 19-1)
Harris would be favored over over Schmid, but a slight underdog against Nickolite. Harris hasn’t lost to an in state opponent all season.

170: Marcus Eickmeier (AQ 13-12) vs #4 Tre Daro (DC 19-5)
From 170 on up David City is four out of the last five matches. Daro will be looking for bonus points against a solid Eickemeier, who managed to slow down #2 Moore to a decision when Aquinas dualed Central City earlier in the season.

182: #7 Michael Andel (AQ 20-3) vs #1 Dylan Vodicka (DC 25-0)
Vodicka is a favorite in basically any match he wrestles in and will be pushing for bonus points. However, Andel has been really performing well recently and has recent wins over B#6 and C#6.

195: #6 Reilly Miller (AQ 17-6) or Paul Buresh vs OPEN (DC)
David City for the majority of the season has left this weight open. They’ve bumped Vodicka up a time or two also. In duals Aquinas puts out Buresh at 195 abotu as often as Miller.

220: #9 Coy Meysenburg (AQ 16-4) or #6-195 Reilly Miller vs #2 James Escamilla (DC 21-0)
Escamilla has only been out of the first period twice all season. All of his wins have been by either a dual forfeit or a fall. Miller and Meysenburg are both talented options for Aquinas and will try to slow Escamilla down.

285: Josiah Brezina (AQ) or #9-220 Coy Meysenburg vs #1 Jake Ingwersen (DC 21-1)
Ingwersen will be favored against either opponent. Meysenburg wrestled 285 in four of the five duals Aquinas had last weekend.

One thought on “#1 Aquinas vs #3 David City Dual Preview”