As a special New Year’s Eve treat, NEwrestle’s Rokfin page will be streaming a dual between two of the midwest’s best teams starting at 11AM. Matscouts has Millard South ranked as #15 in the nation, while Liberty is not far behind at #19. There’s good reason for these teams being ranked so high, as they’ve been perennial contenders in their state tournaments every year. 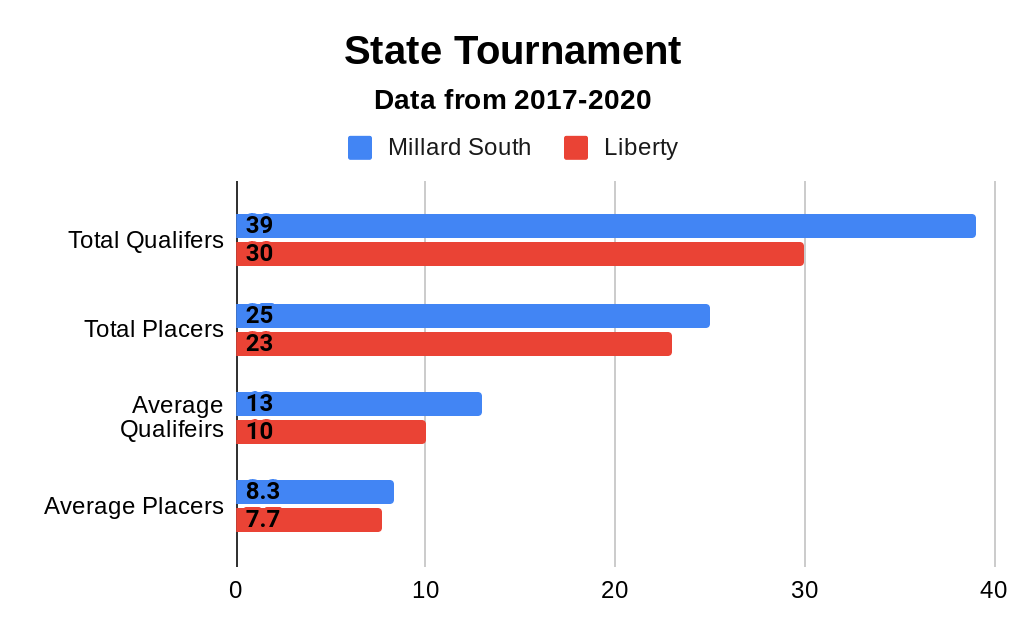 While Missouri doesn’t have state duals, Millard South has won the Nebraska state duals the past two seasons. Even without a state dual tournament, Liberty has proven to be a tough dual contender as well. They may not wrestle as many duals as Millard, but their winning percentage is right up there with Millard.

Both teams score a ton of points in their duals, while not allowing many. This has led to both of them having an average margin of victory of over 42 points the last three seasons.

The key to scoring that much is bonus points, and both of these teams excel in that department. Both average less than two victories per dual without bonus points.

Speaking of bonus points, they’re both pretty good at not giving up bonus points. Liberty averages being pinned just barely over one time per dual while Millard is just over a match and a half per dual.

The pin and not get pinned approach has been highly successful for both teams. Both teams have only wrestled one dual in the past three seasons decided by less than a match.

Millard South has wrestled more duals, but it’s still obvious to see that neither of these teams wrestle a ton of close duals. That likely won’t be the case Thursday night though as these nationally-ranked foes will do battle in dual that could come down to a single match. Subscribers to our Rokfin channel can watch both the junior varsity and varsity matches tomorrow starting at 11AM.