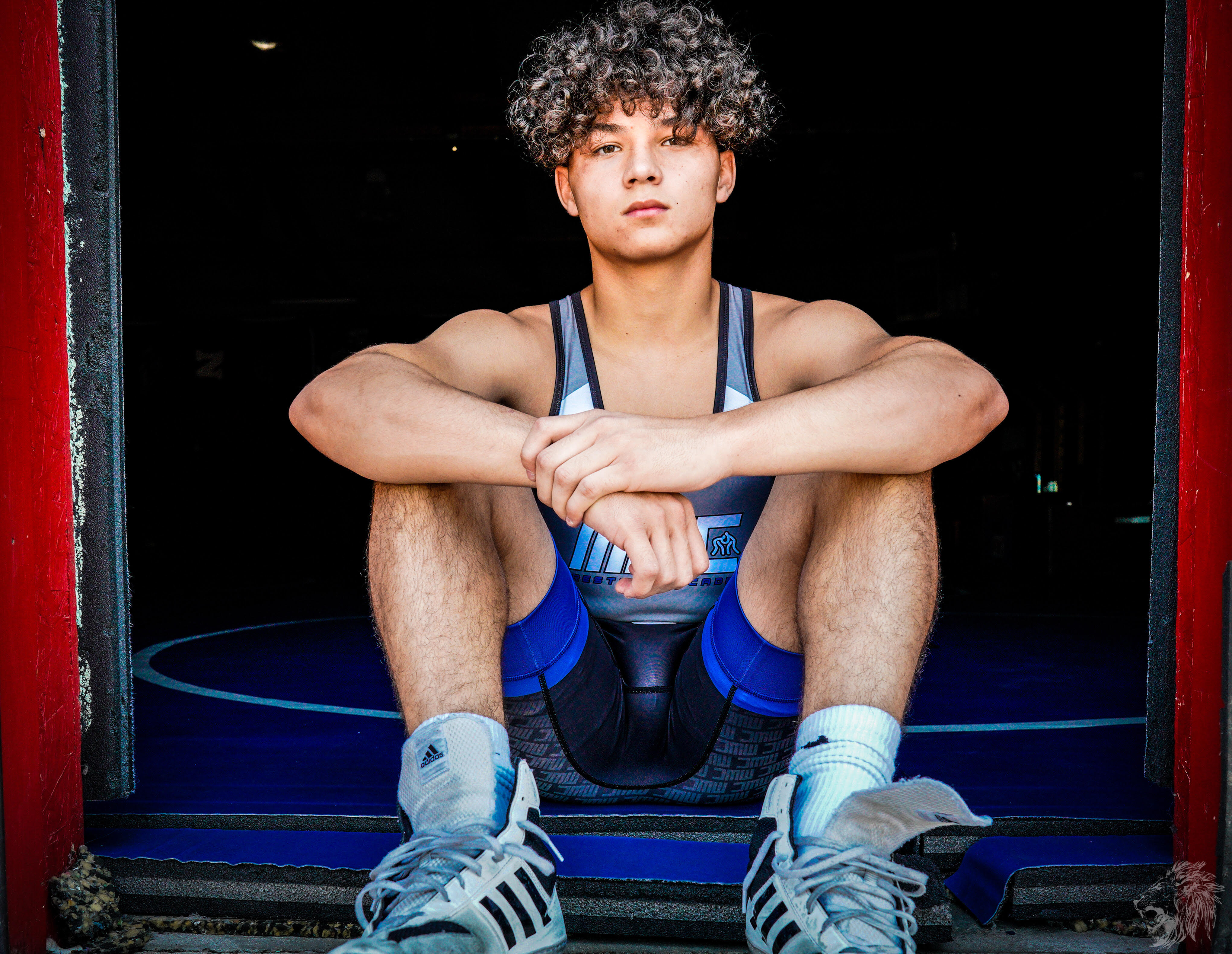 The top two teams in Class C are going to duke it out tonight. Central City carries the top tournament team ranking, but Aquinas has the most ranked wrestlers in Class C. Aquinas was very crafty in their duals last year, moving wrestlers up to accommodate some state qualifier quality JV wrestlers. Look for the Monarchs to do some shifting in the upper weights at the very least, by inserting Buresh in at 95 and bumping Miller and Meysenburg to 220 and 285. That should make the difference in this one as Aquinas could get bonus points at 195-220. This dual could get very close if the Bison can win a few tossups at 113, 120 and 182. That would probably split the matches at 7 each so it would come down to bonus points, but all of the tossups would need to go in favor off CC. If both teams are full strength would expect Aquinas’s depth to prevail. Highlight match of the night at 138 with #1 Kunz and #2 Vandenberg. Can’t wait to watch!

106: #1 Drew Garfield (CC) vs Grady Romshek (AQ)
Top ranked Garfield for Central City will take on North Bend Invite winner Romshek of Aquinas. Garfield is unbeaten on the season and should be a favorite in this one.

113: #5 Cole Kunz (CC) vs #6 Jakob Kavan (AQ)
Call this one a toss up match and a must have for Central City. Kunz has basically been undersized his whole high school career until this season. Kavan is one of the best freshman wrestlers in Class C.

132: Johnny Scarlett (CC) vs #8 Noah Scott (AQ)
Scott is very stingy and hard to score on. He has yet to give up more than five points in a match and his only losses are to B ranked Parrish 3-0 and to C#1 Frank 4-2. Scarlett quietly brings an 8-1 record into this matchup. Slight edge to Scott.

138: #1 Dyson Kunz (CC) vs #2 Hunter Vandenberg (AQ)
Marquee match of the night between the top two in Class C. Kunz is a D1 Northern Colorado signee and returning B126 Champ. Vandenberg was 3rd at C120 last season. Vandenberg will have to weather the storm on his feet as he is a very strong mat wrestler. Kunz is a prolific pinner and will be looking for bonus points. State finals preview?

145: Kane VonBonn (CC) vs #3 Chris Nickolite (AQ)
Returning state finalist Nickolite went toe to toe with #1 Gilmore last weekend dropping the match in OT. VonBonn is 4-0 on the season and looking for the big upset in this one.

152: #3 Tanner Schneiderheinz vs Ethan Schmid (AQ)
Schneiderheinz didn’t wrestle last Saturday, so hopefully is in the lineup tonight. Schmid has just two losses on the season, both by two points to returning state qualifiers.

160: Bryce Sutton vs #3 Nolan Eller (AQ)
Eller is on a roll after multiple ranked wins this past weekend. Sutton is no slouch, as he enters with a 7-3 record.

170: #2 Sam Moore (CC) vs Marcus Eickmeier
Moore is unbeaten on the year and will look for bonus points in this one. Eickmeier is a solid wrestler and brings a winning record into this one.

182: #7 Jaramie Elton or Kyle Dittmer (CC) vs #8 Michael Andel (AQ)
Haven’t seen returning qualifier Elton on the mat this year. If he’s wrestling this one with newly ranked Andel should be a tossup.

195: Kyle Dittmer or Logan Rohloff (CC) vs #6 Reilly Miller or Paul Buresh (AQ)
Expecting Buresh to be here as he wrestled varsity 195 for Aquinas last Saturday with Miller and Meysenburg up a few weights. If Elton is at 82 that gives Dittmer the option to bump up or Rohloff wrestled at this weight last week.

220: Logan Rohloff or OPEN (CC) vs #8 Coy Meysenburg or #6 Reilly Miller or Paul Buresh (AQ)
Central City had an open in their lineup here last Saturday so they may not have anyone in the lineup. Aquinas will be heavily favored here with whoever they have at this weight.

285: Gunner Bailey (CC) vs Josiah Brezine or #8 Coy Meysenburg (AQ)
Likely to see Meysenburg here where he’d be the favorite over Bailey. Bailey would probably be favored over Brezine but each wrestler only has a few matches under their belts so hard to gauge that one.