Deon Davis looks to end his High School career with a title. 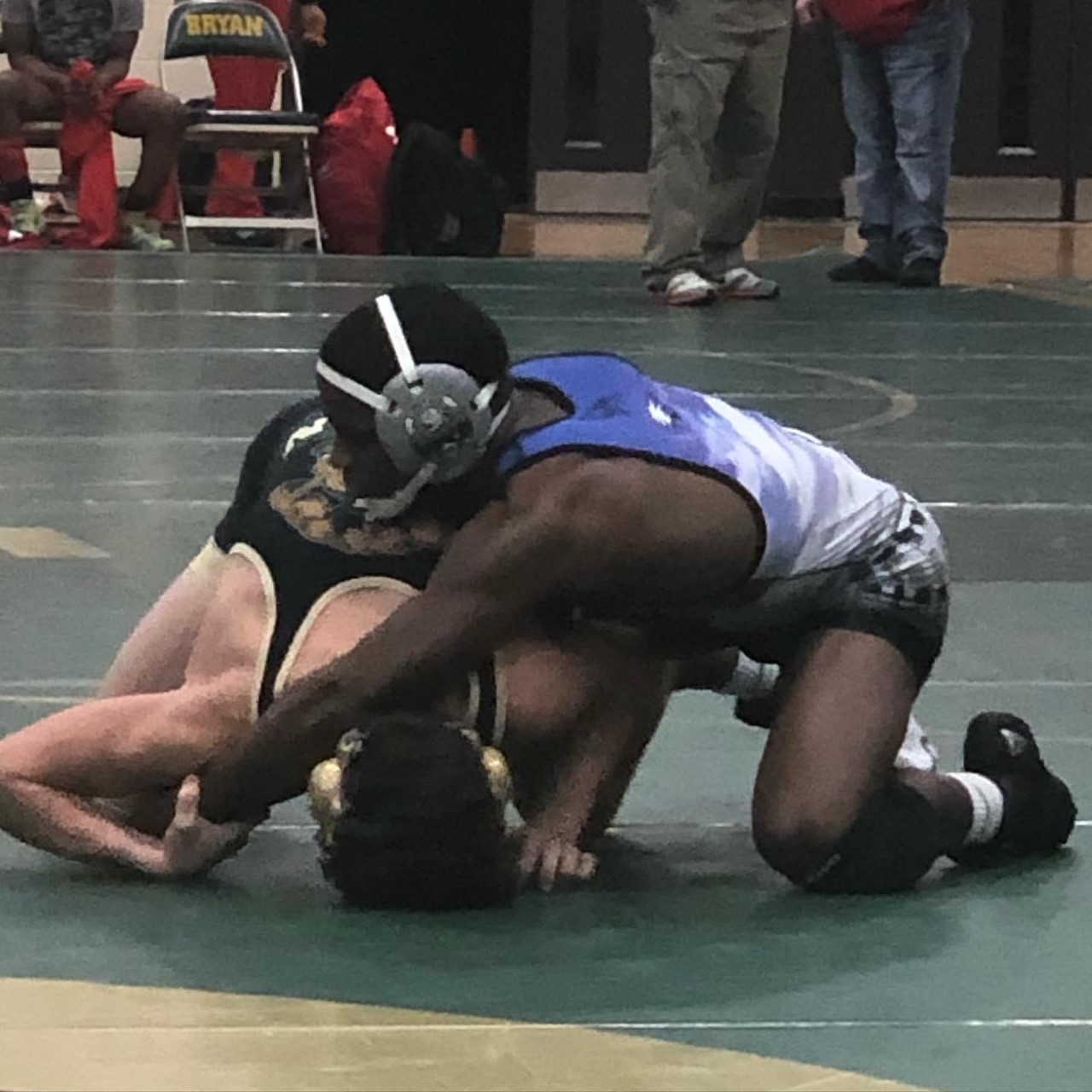 Omaha Central returns the bulk of their lineup this season and will look to compete for a state title. They will lean on the leadership of standout senior Deon Davis. He enters his senior year coming off a runner up finish in the Class A 152 pound finals, he was 33-5 on the season. As a freshman and sophomore, he combined for a 60-11 record and finished in fourth place both years. He will look to take the next step this year a compete for a 160 pound state title.

Davis is a two sport athlete, competing in football and wrestling. He got in to wrestling in kindergarten when his dad put him into the sport. He excelled coming all the way up the ranks. When it comes to high school, he admits it was not easy for him in the beginning, he actually wrestled his matches as a freshman holding his breath. He says “When I was younger I was always the bigger guy and I could use my strength to muscle guys, but when I got into high school I think I kind of let it get to me and I would get nervous wrestling upper classman knowing I wasn’t the bigger guy anymore. I have been able to get more comfortable on the mat and keep my self composed.” You can see the growth in the mat over the last three years. Folkstyle is not his only style though, he also likes to compete in Freestyle and Greco.  When it comes to his favorite he says “It has changed over the years, but Greco is my favorite. It is a lot of fun, and you can’t attack legs. I have really good upper body strength and I can use that to my best ability.”

Davis has a pretty good sparing partner right under the same roof. His brother Justin has finished in fourth in his first two years of high school. The two have had some tussels over the years. “We use to wrestle all the time when we were younger, then we were wrestling and I threw my brother through the wall one time and made a huge hole, so we don’t wrestle in the house anymore” Davis says. The two of them will try and take Central to the next level this year.

In 2020, Davis helped lead Omaha Central to a third place finish. It was the highest finish for the Eagles since they finished third in 1957. Davis knows what it will take to get to the next level this season, “We need to do more. We need more practice, more reps, more conditioning, we just need to do more at everything.” His leadership will be key in helping get the Eagles to do more. It is something he is excited to take on this season. Davis says “I want to lead with my brother. We can show the guys new moves, how hard to go, and we can show them how to bring intensity to the mat.” At a school known for football and basketball, Davis wants Central Wrestling to be part of that conversation, “we are looked at as underdogs, we just need to show up and show out. We are multitalented and can be right there with the football and basketball teams.”

The eagles return seven state qualifiers and every one of them has a great shot at reaching the podium, but Davis wants more. “I want Central to win the state title. I want to win a state title. I want the whole team to qualify for the state. We are a team first, and we have some younger guys that can really step up and help complete this team and make that happen.” Davis will try to be the first state champion since Eron Haynes won in 2017.

Beyond his Central, he has started thinking about college. He says “I am not really sure what I am looking for in a school yet, I have taken a few campus visits, but I just feel like I need to shadow someone and i’ll know what I am looking for. I want to study medicine because I want to be a surgeon. I really want to leave when high school gets done and just jump right in.” He has started hearing from schools, including Army and UNK among others. Army is where his former teammate and friend Emilio Haynes is currently attending. Davis looks at Haynes as a role model, mentioning how Haynes has been there since the beginning, helping him, and being a good friend and teammate. Haynes talked to Army about Davis and what he could bring to West Point.

Davis has a bright future ahead of him. Since Covid hit, he has spent a lot of time working out and got a job. He is a driven, goal oriented student athlete. He really wants to win a state title, maintain a good GPA, and focus on him self as an individual. His hard work and dedication has definitely made a presence in the room. Central Coach, Jimmie Foster says “Deon, or Peanut as we call him, is a great young man. From the day he entered our room at eight years old, he has been a light. From his infectious smile to his ability to wrestle with the best, he has been a delight to coach. Most people assume he is a natural talent. Peanut works as hard as any State Champion  we have had and has done so since day one. A good wrestler but a great person.” Davis will look to end his wrestling career on top.