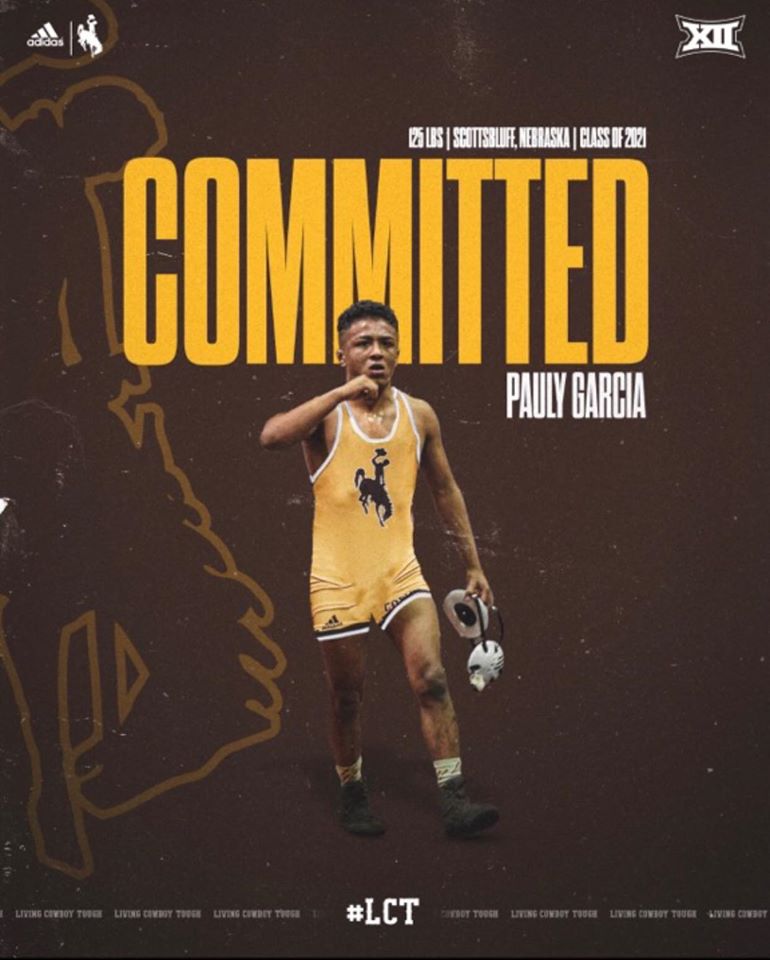 Scottsbluff Senior, Paul Garcia has been busy in the last calendar year. Last summer he completed his Pilots License Program and received his license entering his Junior year of High School. In February, Garcia won his third straight state title to remain on course to become Nebraska’s 34th four-time state champion. Today, he made his college decision.

Garcia Announced his commitment to Wyoming on Thursday night.

He stated on Facebook “First off, I would like to say thank you to my parents and sister. Secondly, to the 2 coaches that have helped me excel on and off the mat for all of my life, Brian and Colton Adams . Thirdly, I would like to thank those who stood by and believed in me through everything. And with that said, I would like to officially announce that I will be continuing my student athlete career at the University of Wyoming. 🤠GO POKES!!🤠”