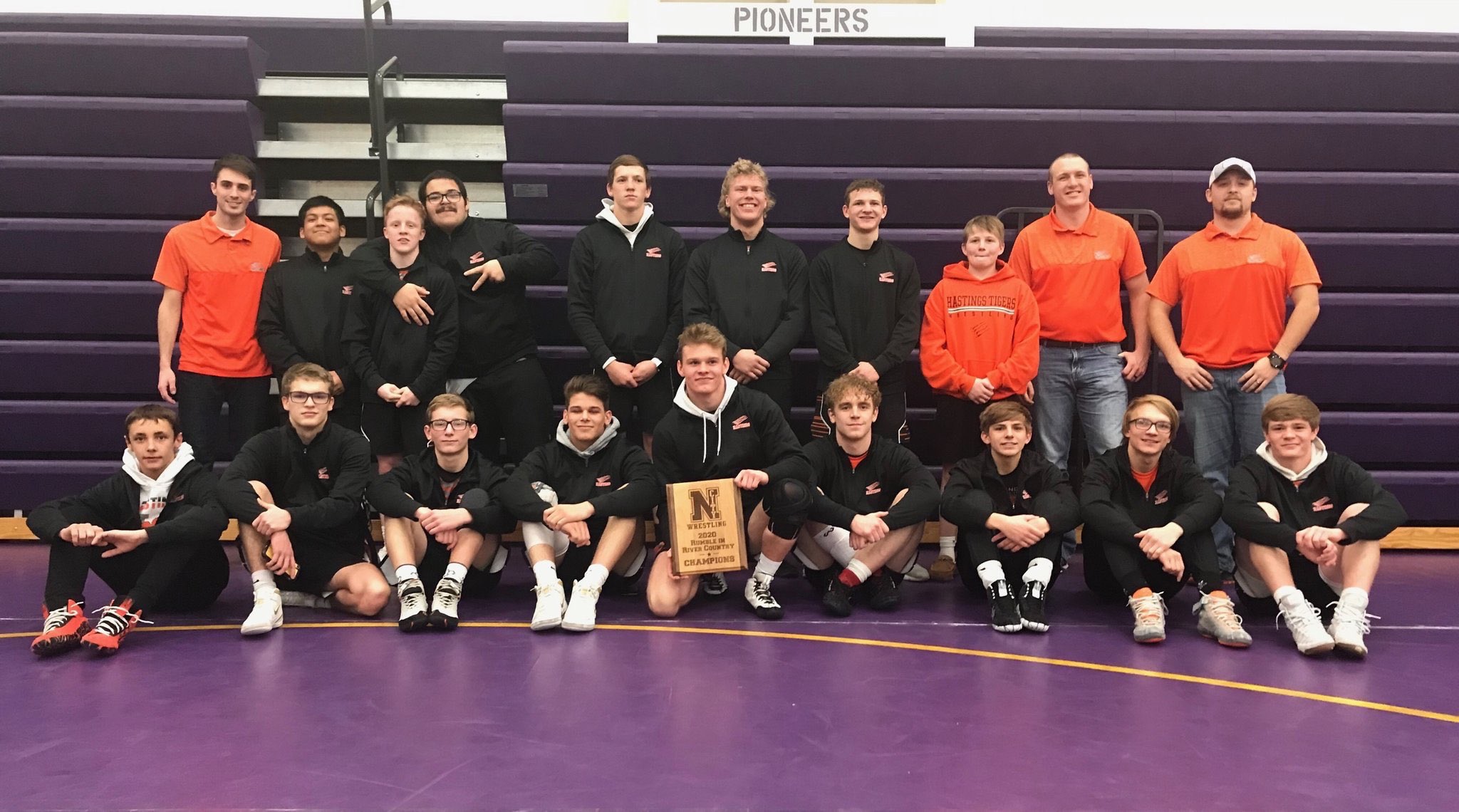 2019 was a year of change for the State Duals. For starters, the date of the State Duals was moved up in the season and now takes place prior to the District Tournaments and State Tournament. Secondly, the qualifying criteria was changed to a wildcard point system like what is used in other NSAA sports.

We now enter the second year of these changes as we head into the 2020 Class B State Duals. Blair took home the 2019 State Duals title last year and they are back looking to repeat as the #6 seed. This year’s Class B state duals have several new teams, two of which were in Class C last year (Pierce and Minden). This state dual tournament has all the makings of being very competitive and several of the teams could finish at the top. As with any wrestling dual, match-ups and bonus points are critical to winning and this year’s State Duals is no different. Keep in mind that lineup shifts may occur to strengthen lineups and add points that could shift the dual in another team’s favor, but that is not accounted for unless mentioned.

#1 Hastings vs. #8 Minden
The Tigers have been the #1 dual team for the entire year due to the strength of their line-up from top to bottom. Hastings has five losses on the season, with all five coming to Class A teams. They have very few “holes” in their line-up and will be a tough out for anyone. Minden enters the tournament after moving up from Class C and posting an 8-2 record. While the Whippets have a gritty group, they don’t have the firepower to stay with Hastings. Smith, Heath and Brown are the top point scorers for Minden.

#4 Bennington vs. #5 Central City
Two solid dual teams in this match-up. Look for the coaches to do some shuffling between weights to get the best match-up for their teams. At 106 & 113, Bennington is unbelievably tough. Then at 120 & 126 Central City should take those matches. At the upper weights, Bennington seems to have the advantage which should push them over the top. Look for 138 & 145 to be key matches to determine the winner of this one.

#3 Pierce vs. #6 Blair
The Class B newcomers in Pierce take on the young but defending State Duals champs. Blair has been dealing with some injuries; however, they seem to be peaking at the right time. This one should be determined from weights 138 to 160. Bonus points will be at a premium because of the close nature of this dual.

#2 Adams Central vs. #7 Gering
The Patriots arrived on the scene in a big way posting a 19-1 recording coming into the tournament. They have had a great season and are a very solid dual team. Gering enters with a 9-2 record with one of their losses coming to Adams Central at the Gothenburg Duals. Should be a back and forth affair in the lower weights, but the Patriots seem to have too much firepower in the upper weights.

#1 Hastings vs. #4 Bennington
Most think that Hastings and Bennington are two of the top two Class B dual teams heading into the tournament. As with a lot of duals, bonus points are going to be at a premium. In this tight match-up they will make an even bigger impact. Hastings should be able to flex its muscle at 152 and 160 which should push them to the win.

#2 Adams Central vs. #6 Blair
One of the tougher duals to predict, simply based on the moving of wrestlers to find the best match-up. Adams Central has done a good job all season of putting the right pieces in the right places. Blair on the other hand has battled the injury bug but is coming off a huge weekend in winning the EMC tournament. Should be a great dual but going with the team with all the momentum.

#1 Hastings vs. #6 Blair
If this match-up happens, it will be a rematch from the Flatwater Fracas with Hastings coming out on top 38-31. While Blair could win a few swing matches to win the dual, Hastings just has too many weapons. They have been aiming for this opportunity since last season and it will be hard to deny them. The Bears would have to wrestle nearly perfect for them to pull off the upset.