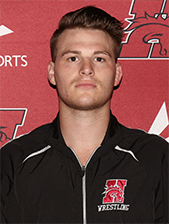 Tyson Springer’s squad came into the season looking to build depth for the future and put together a starting lineup that could compete right now in the GPAC. Through the first part of the season he has found both. The Broncos are lead by #10 ranked Taygen Smith. They started the year off with duals against divison two opponents Chadron State and Nebraska-Kearney. Since then they have only competed in opens. They will get the conference duals started on January 10th where they will look to get back to the top of the conference. With a good match of upper classman and under classman they have been able to compete and still build for the future.

The Broncos have conference duals at the end of the month. They will be competing in the Hastings Open and Missouri Valley Invite before there final couple duals to end the season. They will have Regionals mid February where they hope to build on last years finish. They have been competing against mostly division two competition so they should be well prepared for the NAIA.