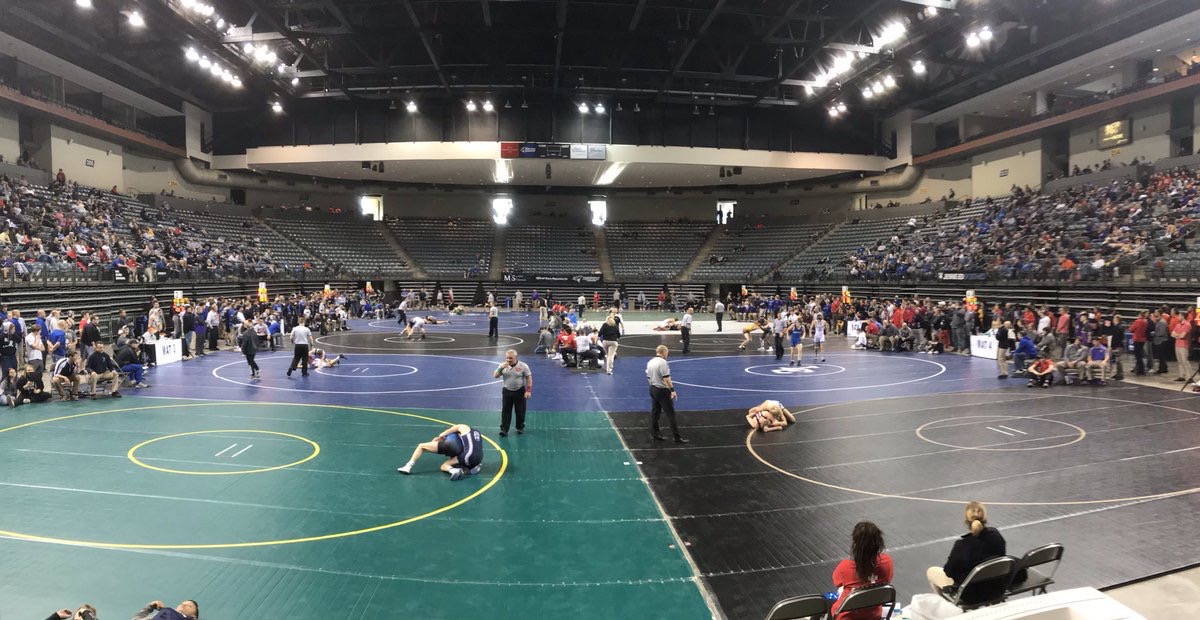 Week one is in the books, and there weren’t many upsets. We have started to see some freshmen emerge.

Tonight there are two duals to keep an eye on. A#2 Columbus heads to B#2 Hastings and A#9 North Platte heads to C#5 Broken Bow.

This week will be highlighted by the Council Bluffs Classic at the Mid-America Center across the river. Top Ten teams Millard South, Lincoln East, Kearney, Papillion LaVista and Grand Island will be attending. They will be joined by Creighton Prep, Millard North, and South Sioux city.

120 – #2A Emilio Haynes (Central) vs #7A Quentin Donald (Benson): It is a match up of two metro wrestlers who have both moved up a weight class from 113 last season. It should be the first of many matches this season.

182 – #2A Cash Arensdorf (North Platte) vs #1C Lathan Duda (Broken Bow): Arensdorf wrestled 170 last week and won the Cozad invite. Duda wrestled 182 and won the Broken Bow invite. Both wreslers will come in to the match undefeated. Could we see Cash bump up to 182 to take on Duda?

182 – #1A Anthony DeAnda (Columbus) vs #1D Dylan Soule (High Plains): DeAnda has a tough week, as he could potentially see the top ranked wrestlers from B and D in a span of 3 days. Soule is coming off a Conestoga Invite championship and looks to continue his momentum from the past month. It is possible Soule ends up at 170 for the Nebraska Duals where he could wrestle #2A Blayze Standley.

182 –  #1A Anthony DeAnda (Columbus) vs #1B Damen Pape (Hastings). Pape has gained lots of national attention and is heading to Northern Colorado next fall. DeAnda has put together an impressive career himself. How does DeAnda bounce back after two close losses last week? There is the possibility of Pape bumping up to take on Class A defending state champion Kasten Grape. Either way, it will be a matchup between two titans on Thursday night

#2A Columbus vs #2B Hastings

Columbus and Hastings should be a battle. There should be 4 matches between ranked wrestlers. The defining factor could be Columbus being open at heavyweight. The question will be where does Pape go? Depending on the outcome of the dual, could we see him bump up and take on Kasten Grape? Or does he stay at 182 and wrestle DeAnda? There will be lots of questions in what should be a hotly contested dual.

The Bulldogs will start their 3-day road trip on Thursday night, when they take on Broken Bow. We will not get a match up of #2 ranked wrestlers, as Darian Diaz is out until January, but there still should be lots of decent match ups.

Check out all of the ranked wrestlers and teams at the CB Classic. Can Millard South (#30) beat fellow nationally ranked teams Fort Dodge, IA (#43) and Liberty, Mo (#26) without Antrell Taylor in the lineup?

There are over 150 ranked individual wrestlers competing including some of the best from Nebraska, Iowa, Kansas, Missouri and Minnesota. Incredibly, every single weight has at least one #1 ranked wrestler. There 30 total #1’s that could be competing. That’s roughly as many top-ranked wrestlers as there normally are total number of ranked wrestlers in one of the better traditional weekend tournaments.

If you’re unable to make it to the Mid America Center this weekend. Our friends at IAwrestle have you covered HERE.

Here are some potential All-Nebraska matches we can all look forward to this weekend at the CB Classic, and there will surely be several other big matches not listed below.

One of the bigger Class A tournaments this weekend will go down Friday night at Omaha South. 12 teams will compete from 3 different classifications. Hastings is the only ranked team competing, but there will many highly contested matches. 22 ranked wrestlers will be attending with 126, 160, and 182 each having 3 a piece.