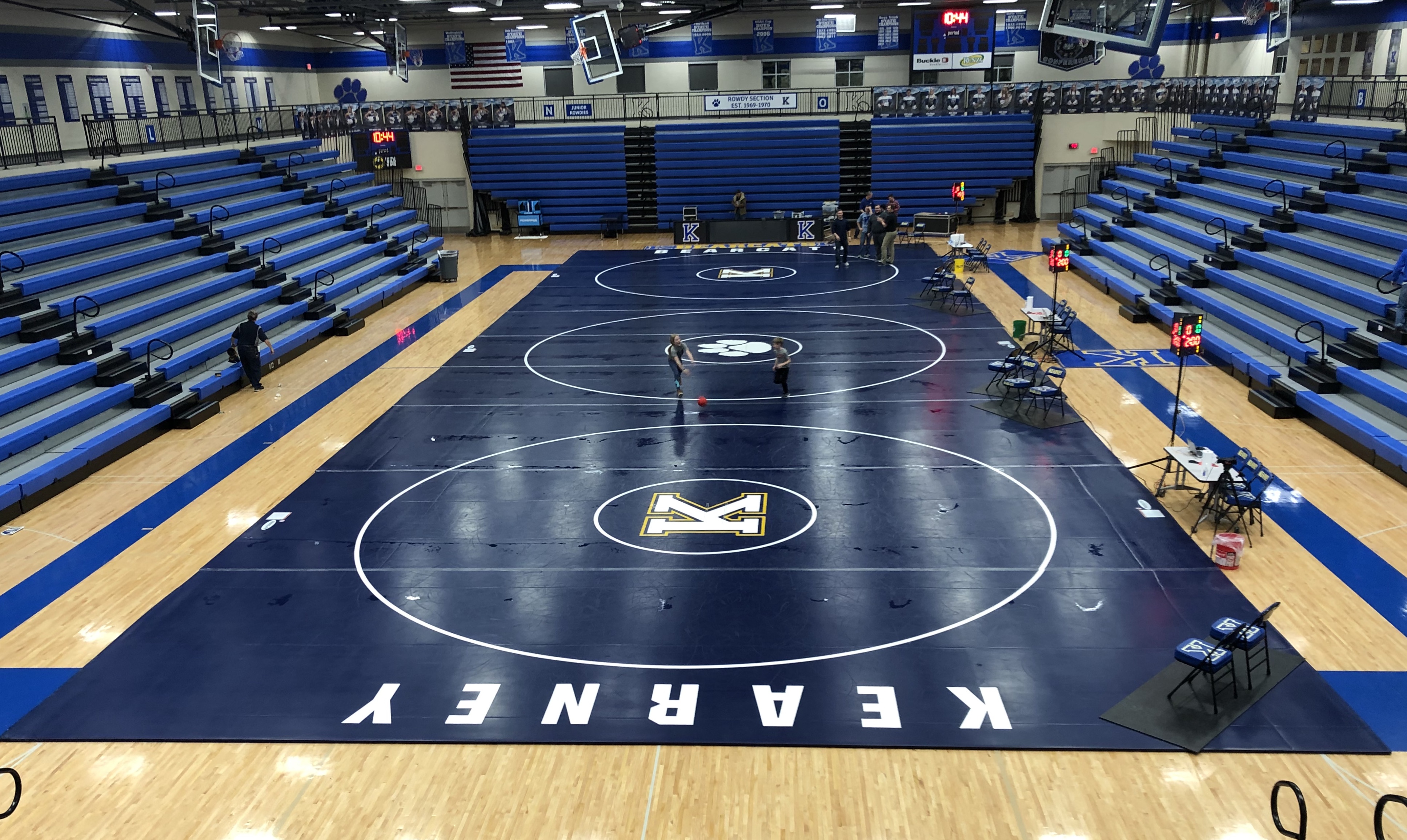 Finally, the season has arrived. Competition officially starts today, with a number of duals getting underway. Then we head to a loaded weekend of wrestling next weekend. It will be our first time seeing a lot of guys at new weights, plus varsity debuts for many wrestlers. On Saturday, we will see three of the top ten teams leaving the state to open their season. Millard South and Papillion LaVista are heading to Iowa for the Seargent Bluff Invite, while Lincoln East heads to the Gardner Edgerton invite in Kansas. One of the better dual tournaments of the weekend will be in York, because as many as 35 ranked wrestlers will be competing. That tournament is featured in the Class B preview.

NEwrestle Top Ten Teams – Where Can You Find Them?

Both teams have deep lineups, but we will likely only have two ranked matchups. Stenger returns after a state appearance last season. He faces Obermiller, who had a strong off season after being behind Juan Pedro last season. Grape starts his senior year down a weight class where he will try to defend his state title. He takes on Keolavone, who was a state qualifier last season. Columbus and Grand Island each have 7 ranked wrestlers. It should be a tight dual where bonus points could be a big factor.

There will be four ranked matchups, including our first of many matchups between two time state champions Burks and Grice. Deon Davis moves up a weight this year after finishing fourth last season. He will open up with 3rd place finisher Stapleton, who stays at the same weight. 106 should be intriguing as Reyes (transfer from Johnson County Central) takes on super freshman Bonam. Nolan Olafson makes his Varsity debut against 4th place finisher Frezell-McClinton. It will be another tightly contested dual that could come down to the big dogs at 285. Burke has 8 ranked wrestlers, whereas Central has 6.

The tournament doesn’t pack the same punch as last year when they had Millard South and Papillion LaVista. It will be a great tournament though, to see many old faces and new faces. Bellevue East should be the favorite but as we all know in wrestling, nothing is solved on paper.

The Kearney Invite will have plenty of quality compared to the quantity of teams competing. There are 2 or more ranked wrestlers at nearly every weight, which should make for interesting finals matchups. Many of the wrestlers are returning state medalists looking to make an early statement this season. It should be a good preview of the Fracas in two weeks.

There will be 10 teams competing, all with a shot of taking home the Fremont Invite title. It should be interesting to see which weights some of the Bellevue West wrestlers start at, coming off of a State Championship in football a little over a week ago. With no ranked  heavy weights, it will be a good tournament for some to get their feet wet and make a name for themselves early in the season.

There will be a good mix of A and B teams at Pius on Saturday. Central will have already had a dual, and should have some rust knocked off. Haynes and Arnold should be a tremendous match. Haynes was a state runner up last season, while Arnold finished 4th at B120 and had strong summer in Fargo and won Fall Brawl in Kansas City this fall. It should be a high scoring match. Canoyer and Davis will also be another big time battle. Canoyer was the runner up in Class B at 170 pounds while Davis was 4th in the A145 bracket.

A border clash of two great Midwest teams will take place as Underwood, Iowa and Millard South, Nebraska come into this tournament after both having successful 2018-2019 seasons.  Both Underwood and Millard South come into the tournament with highly successful wrestlers who have made noise on the national scene. #7 Papillion-LaVista brings a solid group of wrestlers to this event as well.

Look for Stevie Barnes-Underwood and Adams-Millard South to be a great match at 120 lbs.  Both had freestyle and Greco success this past summer. Barnes is a returning state finalist in Iowa and Adams is a 15U world bronze medalist in Greco.  Look for Adams to make his presence known in high school wrestling at this tournament.

138 should be an exciting weight to watch. The top three seeds will have a ton of experience coming into this tournament. Look for Antoniak-Millard South and James-Underwood to meet in the finals, but getting there will be a tough road with one of them to likely face Niemiec-Papillion La Vista.

Fans from Iowa and Nebraska wish Taylor-Millard South was 100% healthy so they would be able to see a possible Taylor and Hamilton-Underwood matchup at 145 lbs.  . Don’t sleep on Gaukel-Sergeant Bluff-Luton in this weight class either as he could provide just as good of a match for either Taylor or Hamilton.

We’ll get our first look at Utah State Champ Robertson-Millard South. He’ll step out on the mat against two talented Iowa wrestlers in Mitchell-Woodbury Central and Thomsen-Underwood at 152 lbs.

The team race should come down to Millard South and Underwood as the top two teams, but don’t look past Papillion-La Vista, Sergeant Bluff-Luton and Woodbury Central as potential contenders.

What About the Rest of Class A?

Elkhorn South and Omaha Northwest will be at the Bennington Invite Saturday. Read more about that in our Class B Preview.

Gretna will be at the Dan Hill Invite in Harlan, Iowa Saturday.

Lincoln North Star will be at the Blair Invite Friday.

Lincoln Southeast and Papillion LaVista South will be at the York Dual Tournament Saturday. Read more about that in our Class B Preview.

Millard North and Omaha Bryan will be at Friday Night Fracas in Nebraska City Friday.