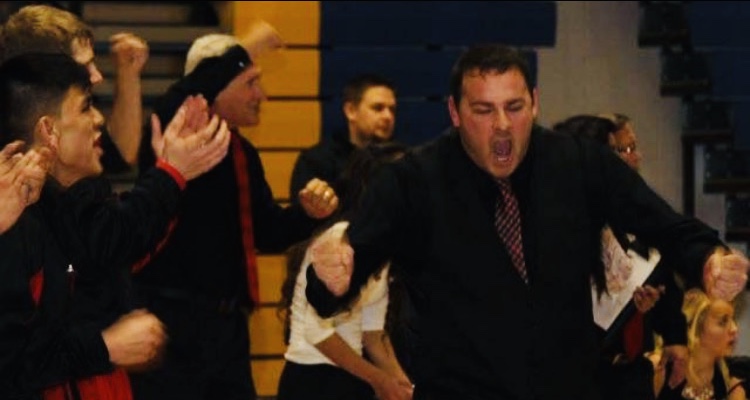 Josh Batenhorst (assistant coach at West Point-Beemer this season) has recently been named the Wakefield-Allen High School Head Wrestling Coach.  He wrestled at West Point-Beemer under coaches Ray Maxwell and Jason Redmond.  His coaching career began right after high school, as he attended UNL and drove home every weekend to help coach because he wanted to be a part of his younger brother Cole’s wrestling career. Upon graduating, he served as a volunteer assistant and eventually worked his way up to  becoming the Head Jr. High and Head Club Coach.

Before we get into the interview with him, we have a statement from current West Point-Beemer Head Wrestling Coach Ray Maxwell:

“Josh Batenhorst is a young man who has fallen in love with this sport. He is a student of the sport and is passionate about helping young men improve, as well as making them better men in life outside of sports. He has a great sense of humor with his fellow staff and athletes relate to him very well. He brings great energy to anything he takes on and Wakefield has gotten a great coach in Josh. I see nothing but a bright future for him.”

NEwrestle: What attracted you to the Wakefield-Allen Head Coaching position when you first saw that it was open?
Batenhorst: I was immediately attracted to the Wakefield-Allen position. Coach Burenheide has done a great job during his time there laying a solid foundation. I felt that this was a program that provided a great opportunity for success.

How long have you wanted to be a head coach?

Honestly, it has been my dream to become a head coach ever since I was about 18. I had a passion for the sport and have always enjoyed making connections with kids and helping them grow into young men.

What do you think will be the toughest transition in taking over as a head coach?
The toughest part of transitioning into the role of head coach will just be getting to know the kids and being able to balance my duties both at Wakefield and at Allen. It’s a unique situation, but one that I am very excited for.
What are some things you’ve learned that are going to help you as a head coach?
I was able to learn from a fantastic coaching staff at West Point-Beemer, so I feel confident in my abilities to handle all of the day to day situations that will arise. With the staff at West Point-Beemer, we all had our role in the success of our program and I was able to really take in different approaches to the sport and how each coach handled different scenarios. We had a heck of a run during my time there, and that was a testament to the hard work that was put in. My time there was invaluable and I will take much of what we did to Wakefield-Allen’s program.
What will you miss the most about the West Point wrestling community?
I think what I will miss the most about the West Point Wrestling Community, is the relationships that were built. Like I said, I had the pleasure of being groomed by 3 amazing coaches in Ray Maxwell, Jason Redmond, and Lee Schroeder. The lessons that I’ve learned from them, I will take with me forever. I think anybody who has ever been a part of wrestling will agree, that you become a family. The coaches, athletes, and parents all spend so much time together, that those people will always remain a big part of your life.
Talk about the girls wrestling program at West Point and how you can try to cultivate that at Wakefield.
The girls program at West Point-Beemer has really taken off and Coach Maxwell deserves the credit for that. Personally, I think it’s fantastic. It gives the girls in that school an opportunity to succeed, and I plan on taking the ideas that Ray has developed and applying it to the Wakefield-Allen program.