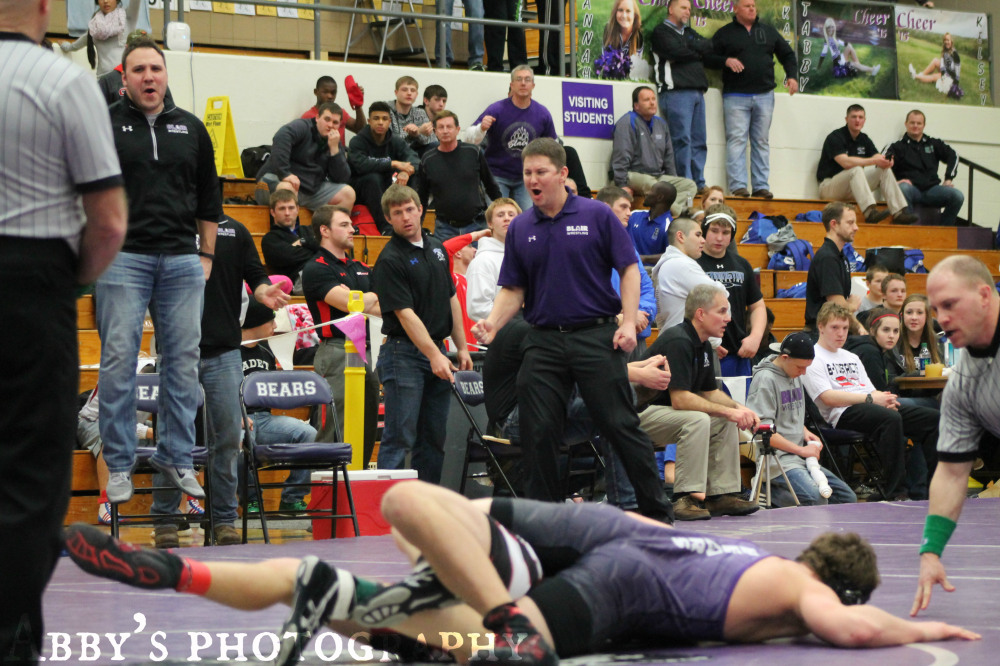 “Eric Dolezal wrestled for the Bryan Wrestling Club, then Platteview High School, and then went on to Kearney where his career was cut short due to injuries.  While he finished up at Kearney, he helped out at Wood River.  He then came to Blair as a Volunteer assistant coach in 2010, and a few years later he took over one of the paid assistant jobs. He often gets emotional and tears up for kids in big moments.  He’s a great friend and is going to do great things at Waverly High School.”

NEwrestle: How long have you wanted to be a head coach?

Dolezal: Being a head coach has always kind of been on my radar ever since I was a kid
actually. Coaches are whom I admired, so that is what I wanted to do. But
probably as soon as I graduated college, I knew wanted to be a head coach. I
thought I was ready at age 23, but I’m glad I got to sit back and see things from
an assistant coach’s perspective for a bit.

What attracted you to the Waverly Head Coaching position when you first saw
that it was open?

Waverly was a position I had my eye on for quite sometime for some different
reasons. I love Blair, but as we just had our first child, we kind of kicked around
the idea of being closer to family. I’m from the Platteview/Papillion area
and my wife is from the Lincoln area, so Waverly was always something I thought
could maybe be a fit someday. I’m a Class B guy and I like the EMC, so I just saw
it as a great place to be. Also, I knew Waverly’s coaching staff a bit, and actually have
known assistant JP Malcolm since we were kids. We actually used to wrestle
each other when we were real young, so I’ve known him forever and it just
seemed like it could be a great situation. I’m glad it all worked out.

What are some things you’ve learned as an assistant, that are going to help you as a head coach?

Like I said, I thought I was ready when I was 23 to be a head coach and maybe I
would’ve been fine with technique and running practices, but I’m glad I got to see
more administrative things that also take place in being a head coach. I think I
was able to see it from a different angle and prepare for when that time would come.

What do you think will be the toughest transition in taking over as head coach?

I’ve actually been talking with the assistants and previous head coach Dan Davenport
already, and I really think that aspect will be smooth. The toughest transition for
me will probably just be the change, and getting to know all the kids. I was
at Blair for quite sometime so I knew all the kids and a lot of the younger kids, so I
had already built those relationships. Now that I’m starting over a bit, that will be
a bit of an adjustment, but one I look forward too.

Is it hard leaving Blair, who just won the 2019 Class B State Duals
Championship?

It will be extremely hard to leave Blair. The success we’ve had there has been great
no doubt, but honestly I’m going to miss the kids and the relationships I had with
the staff and the parents. I’ve helped coach some of the kids on the team since
they were 6,7,8 years old, so I’ve known them for along time, so that’s going to be
tough. I’ve made some great friends with our other coaches and we’ve had a ton of fun together at tournaments. So, leaving behind the relationships is going to be
the hardest thing for me.

What will it be like competing against Blair during the 2019-2020 season?

I honestly think it will be fun. I’m glad I still get to see them and I can talk with the
kids and coaches at tournaments. It will definitely be weird to coach against them,
but I hope for nothing but the best for them. Blair has a great group of kids now, and
actually probably for a while with some of the talent that is coming up. They are
definitely going to be a tough team for quite some time, and I will always look
forward to seeing those guys.