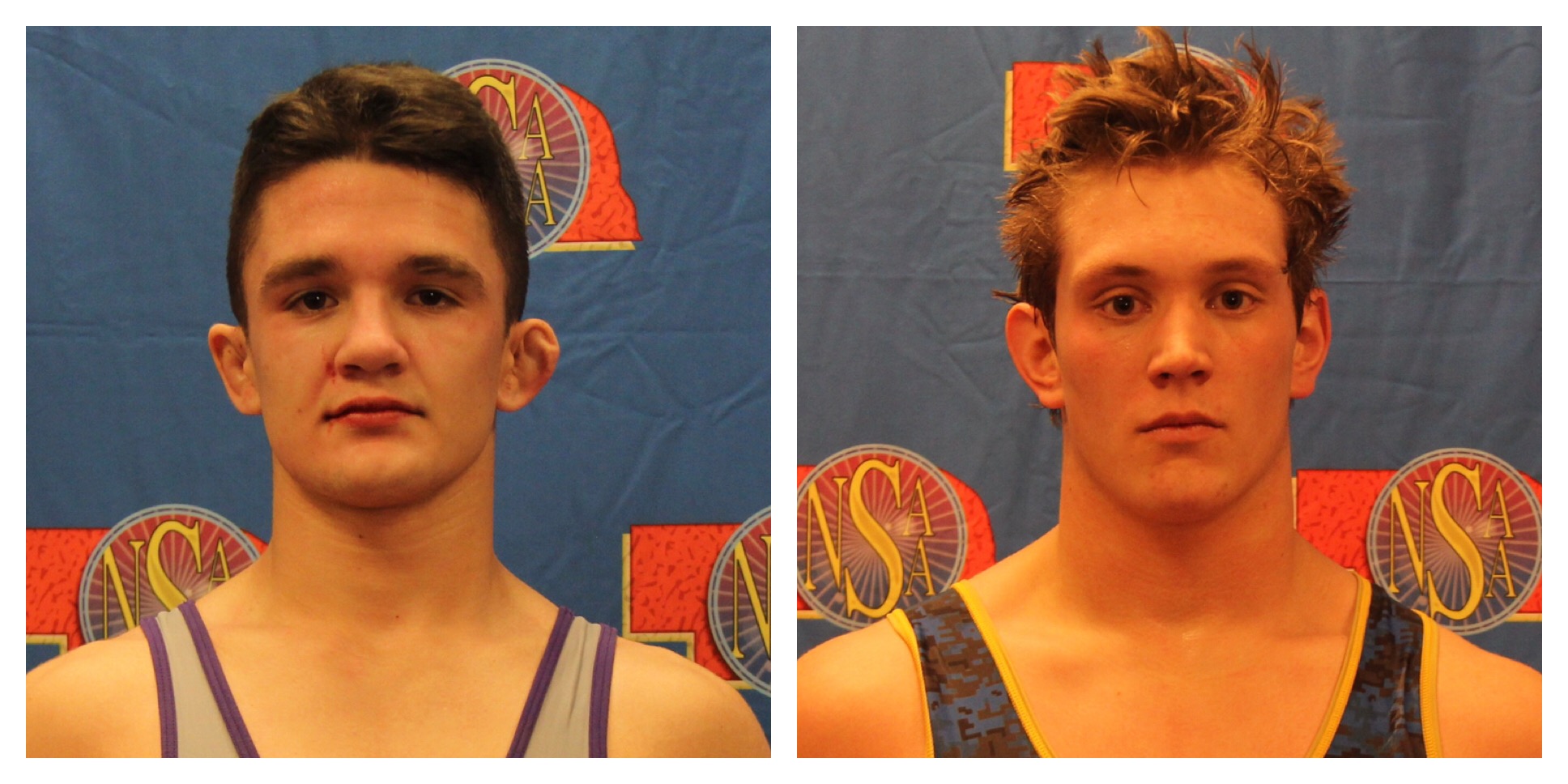 Chavez came into the season looking to make another run at the championship, after finishing 3rd last season. Chavez started the season at 113 before making the descent to 106. Of his three losses, two of them were to out-of-state opponents, and the third was to the eventual 113 Class C champion, Chris Williams. During the season, Chavez recorded 22 falls, 4 tech falls and 2 major decisions.

Garcia was a returning state champion after capturing the title at 106 last season. Garcia was undersized at 113, but his tenacious technique carried him through to become a repeat champion. His only losses were to out-of-state wrestlers, and he only gave up six takedowns throughout the season.

Nielsen’s lone loss came to Class A star, and club training partner Jakason Burks in December at the Flatwater Fracas. Beyond that, Nielsen was a machine during the season where he finished with 12 falls, 16 tech falls, and 4 major decisions. Nielsen will continue his wrestling career at UNK.

After finishing in 5th place in Class A last year, Diaz completed one of the most dominant sophomore campaigns in recent Class B history. His lone loss came against Conor Knopick of Millard South at the Flatwater Fracas, where he lost a 3-2 decision.

After getting knocked out in the heartbreak round during last year’s state tournament, Hotz made a run through arguably one of the toughest brackets. Down by 3 with 18 seconds left in the state finals, Hotz was able to get a takedown and three nearfall points to claim the title.

Stoltenberg set out to become a two-time state champion after claiming the 126 lb. title last season. Stoltenberg rolled through opponents this season only giving up three takedowns. His win in the finals avenged his only career state tournament loss from his freshman year.

Gutierrez capped off his senior season with a one loss season and claimed the state title. He entered the season after a disappointing end to last year’s state tournament, and dealt with a knee injury in the second half of the season.

Canoyer had a great senior campaign, with his only two losses coming to Zane Bennett of Wahoo. 26 of his wins this season came via pin. Canoyer is committed to wrestling for the UNK Lopers next season.

Kopf entered the season looking to move up one step on the podium, as he finished as runner-up last season at 170. He was the #1 ranked wrestler most of the season until a couple of losses right before districts. Kopf stormed back to win his district and the state title.

After falling in his semifinal matches the past two state tournaments, Pape was on a laser focused mission this year. He dominated his junior campaign, posting a perfect 47-0 record, with 25 of those wins coming by fall, and did not give up a takedown the entire season.

Jansen was close to being an immovable object in the 2018/19 season. He started the season at 195, and finished fifth at the KC Stampede losing only to out-of-state opponents. He was at 182 after Christmas, and blew through the competition the rest of the season, including a 16-5 major decision in the state finals.

Griess ended his season last year with his only loss coming in the state finals. This year the roles were reversed. Griess dominated Kolterman in the state finals to claim the 195 title, and help his team to win their first ever state wrestling championship. Of Griess’ 48 wins, 37 of them came by fall.

Chuy is the champion that everyone cheers for. He always has a smile on his face and is a good-hearted kid. Chuy overcame a lot of personal set-backs this season but was able to cap off an undefeated season by claiming the title. He is an amazing athlete and is a wrestling and soccer commit for Doane University.

Sutton is a back-to-back champion and ended his season with a perfect record. Sutton recorded 32 pins in his senior campaign and only gave up four takedowns. Sutton will continue his wrestling career with Coach Dalton Jensen at UNK.