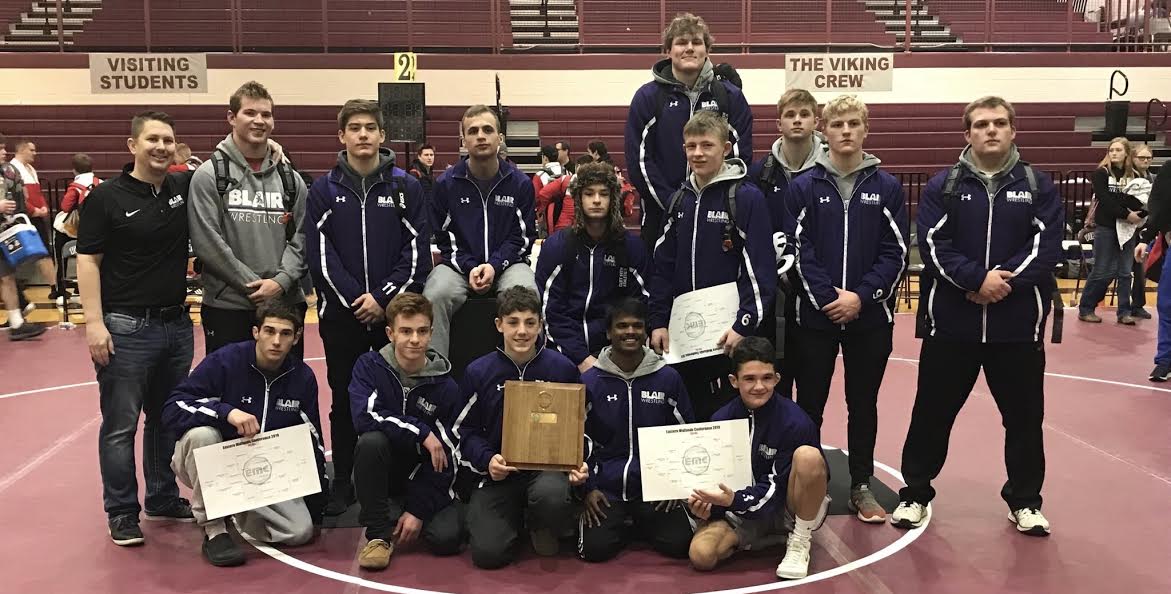 2019 was a year of change for the State Duals. For starters, the date of the State Duals was moved up in the season and will now take place prior to the District Tournaments and State Tournament. Secondly, the qualifying criteria was changes to a wildcard point system similar to what is used in other NSAA sports.

These changes had a dramatic impact on the teams that will compete in the 2019 Class B State Duals. Traditional powerhouse and defending State Duals champion Omaha Skutt, did not qualify based on the new criteria. Other traditionally strong teams such as Wahoo, Plattsmouth and York were also on the outside looking in. With that said, the 2019 Class B State Duals will crown a new champion and in looking at the teams competing, the tournament has all the
makings of being very competitive and any of the eight teams could finish at the top. As with any wrestling dual, match-ups and bonus points are critical to winning and this years State Duals is no different.

In past years there are typically top wrestlers from various teams who are not in the lineup for State Duals. However, due to the change in the date of the tournament, teams should be at full strength. Keep in mind that lineup shifts may occur to strengthen lineups and add points that could shift the dual in another team’s favor, but that is not accounted for unless mentioned.

Quarterfinals
#1 Blair vs. #8 Northwest
Blair and Northwest were both at the Plattsmouth Invite a couple of weeks ago so there is some familiarity between these two teams. The Bears have had a very good season posting a 19-4 dual record, with their four losses coming to Class A teams who all qualified for the State Duals. Northwest enters the State Duals as the eighth seed after posting a 17-9 dual record this season. On paper, this dual will be as competitive as you will see in this tournament. Each team could win seven weights, making bonus points a premium. Look for a very close dual.

#4 Lexington vs. #5 Schuyler
Lexington and Schuyler competed against each other last weekend at the Central Conference tournament, so the teams are very familiar with each other. Lexington has quietly had a very strong season and enter the State Duals as the fourth seed with a 10-3 record. Their three losses were to Northwest, Lincoln East and McPherson, KS. Schuyler also enters the State Duals with just three losses, all of which are to teams competing in the State Duals – Omaha Burke, Central City, and David City. The Minutemen’s depth from top to bottom looks to be too much
for the Warriors to overcome and they should post a solid victory in this dual.

#3 Columbus Lakeview vs. #6 Hastings
The dual between Lakeview and Hastings looks to be the dual with the most 50/50 matches of any of the duals this round. Lakeview has a very strong senior class who helped lead them to a 16-2 record. Hastings was a team on the outside looking in until their strong performance at the Monarch Duals last weekend propelled them up to the sixth seed in the State Duals. The Tigers have a strong junior class which drives the team. In looking at the match-ups, there are
up to five wins for each team, meaning that there are four or five toss-up matches that could go either way. 106, 138, 152, and 220 should determine this dual. This dual will be full of emotion as Lakeview’s Coach Bargen celebrates a Central Conference title and Hastings new head Coach Brian Laux looks to keep the team focused and on the right track.

#2 Sidney vs. #7 Central City
The Red Raiders enter the 2019 State Duals after posting a 20-2 dual record with their losses coming to division one teams in Kelly Walsh, WY and Broken Bow. Central City has made a very smooth transition back to Class B after spending the last several years in Class C. The Bison went 17-4 on the season with losses to Northwest, Columbus Lakeview, Adams Central, and Schuyler. Coach Garfield will have the Bison ready to go and this dual will be very competitive. However, the depth of the Red Raiders seems to be enough to push them to a victory.

#1 Blair vs. #4 Lexington
If the Blair vs. Lexington match-up comes to fruition, this will be one of the better duals of the day. On paper, these teams match-up very closely, meaning bonus points will be very important. In looking at the line ups, swing matches likely will come at 132 and 182. Whichever team carries these matches, should win the dual. Lexington looks very strong, specially in the middle weights, while Blair is stronger in the lighter weights. Bonus points will determine this
dual. Combine the bonus points along with the swing matches and the Bears should prevail in this dual.

#2 Sidney vs. #3 Columbus Lakeview
Like the other projected semi-final, this dual has the makings of a great dual. If Lakeview can ride out the wave of emotion against Hastings, they will push Sidney in this semifinal. In looking at the line ups, swing matches likely will come at 195, 220, and 2865. The team that takes moreof these swing matches should be the dual winner. Sidney looks to have the ability to take more of these matches, which will move them into the finals.

#1 Blair vs. #2 Sidney
These teams have not crossed paths this year, so this dual is tough to analyze. Looking at the match-ups this will be a very close dual, with plenty of excitement. As with most great duals, this one is likely to come down to bonus points. Blair looks to have the edge with the light weights and heavier weights, while Sidney will flex its muscle in the middle weights. Tough dual to call but going to give the edge to the Bears.