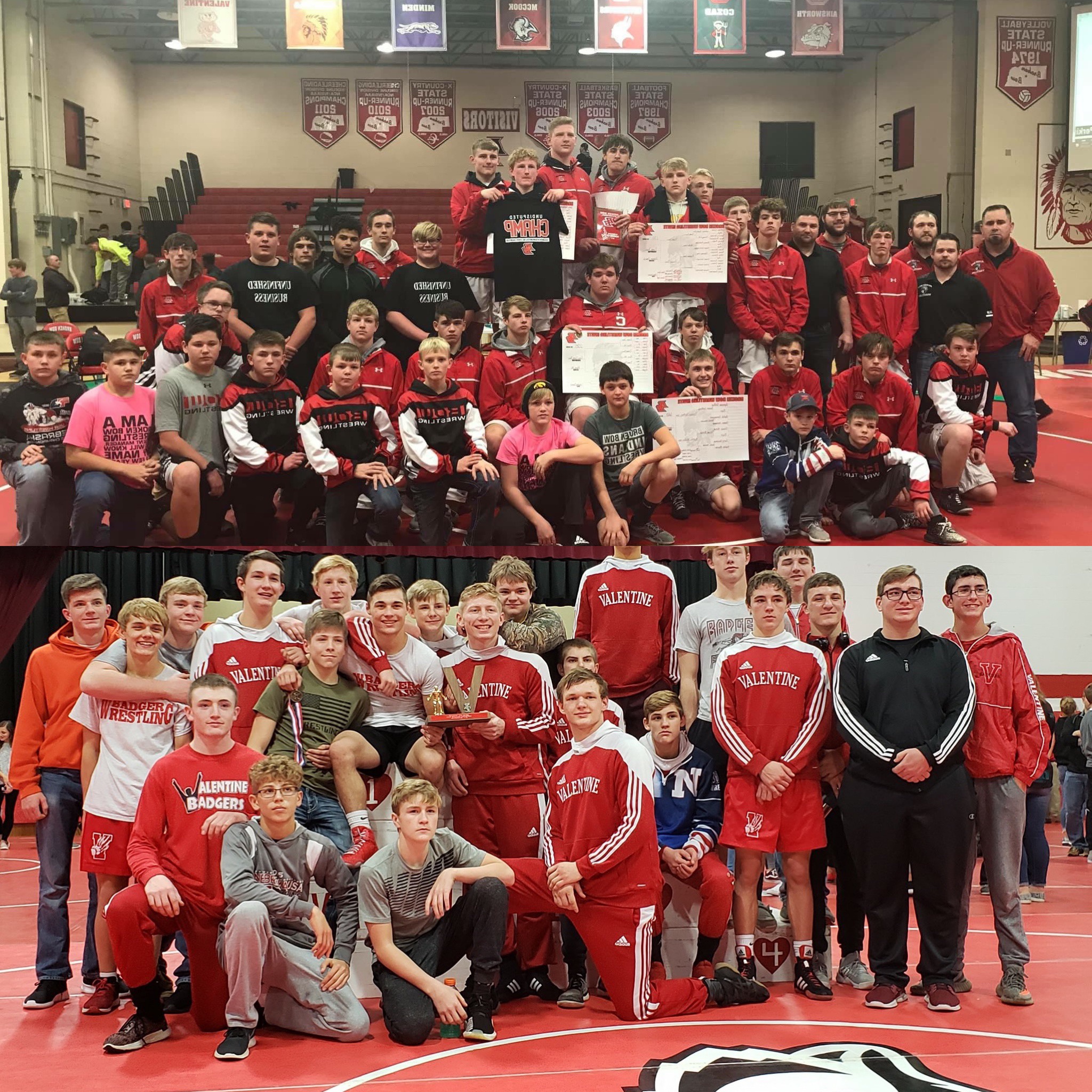 Last year the two teams split dual matches, with Valentine winning the regular season matchup 34-29 and Broken Bow claiming the NSAA State Dual Championship with a 46-31 victory. The two teams have seen each other once this year at the Valentine Invite with Valentine ending with a 25-point advantage. Will Valentine’s lower weights build a big enough lead to hold off Broken Bows upper weights? Valentine has some solid middleweight JV wrestlers so keep an eye on if Long and McGinley bump up to accommodate another wrestler at 160. Perhaps Broken Bow will bump their lineup up from 120-145 to fit state qualifier Garey in at 120. That would yield a Faulkenberry/Krolikowski matchup. This dual is going to be extremely close regardless of what kind of lineup movement we see.

If lineups hold we will see ranked matches at 132 and 170. Also keep an eye on 138 and 152 as those matches should be competitive as well.

Prediction (based on current varsity lineups used by both teams):
#2 Broken Bow 37 over #1 Valentine 36

120:
Tobin Olson (V) vs #4 Spencer Gaffney (BB)
These two didn’t meet at the Valentine Invite but Gaffney did get a win over a wrestler that beat Olson. Broken Bow also has SQ Trey Garey at this weight so perhaps one of them will bump to 126.

126:
Holden Mundorf (V) vs #2 Casey Faulkenberry (BB)
Mundorf has gotten the varsity nod for Valentine in their last two tournaments. He’ll have a very tough test against Faulkenberry.

132:
#1 Gage Krolikowski (V) vs #3 Patrick Powers (BB)
Powers was a third period away from meeting Krolikowski a few weeks ago at the Valentine Invite, but came up just short. They’ll likely meet tonight in one of the marquee matches of the dual.

138:
#6 Morgan McGinley (V) vs Matthew Ambler (BB)
McGinley has common opponent over Ambler. This one could be a close and momentum shifting match.

145:
#2 Chase Olson (V) vs Grant Reynolds (BB)
State runner-up Olson and Reynolds didn’t meet at Valentine. Olson will be the favorite in this one.

152:
Gunnar Battershaw (V) vs #5 Cole Ulmer (BB)
Ulmer won a 5-1 match earlier this season versus the freshman Battershaw. Ulmer has been very tough to score on this year.

182:
Open? (V) vs #2 Treyvon Brooks (BB)
Valentine hasn’t had a varsity rep at 182 since early December but they do have a few wrestlers that have wrestled in JV tournaments. Perhaps McGinley will bump up?

195:
Open? (V) vs Colton Duda (BB)
Same situation for Valentine at this weight. Duda has been on the cusp of being ranked at 195 this year.