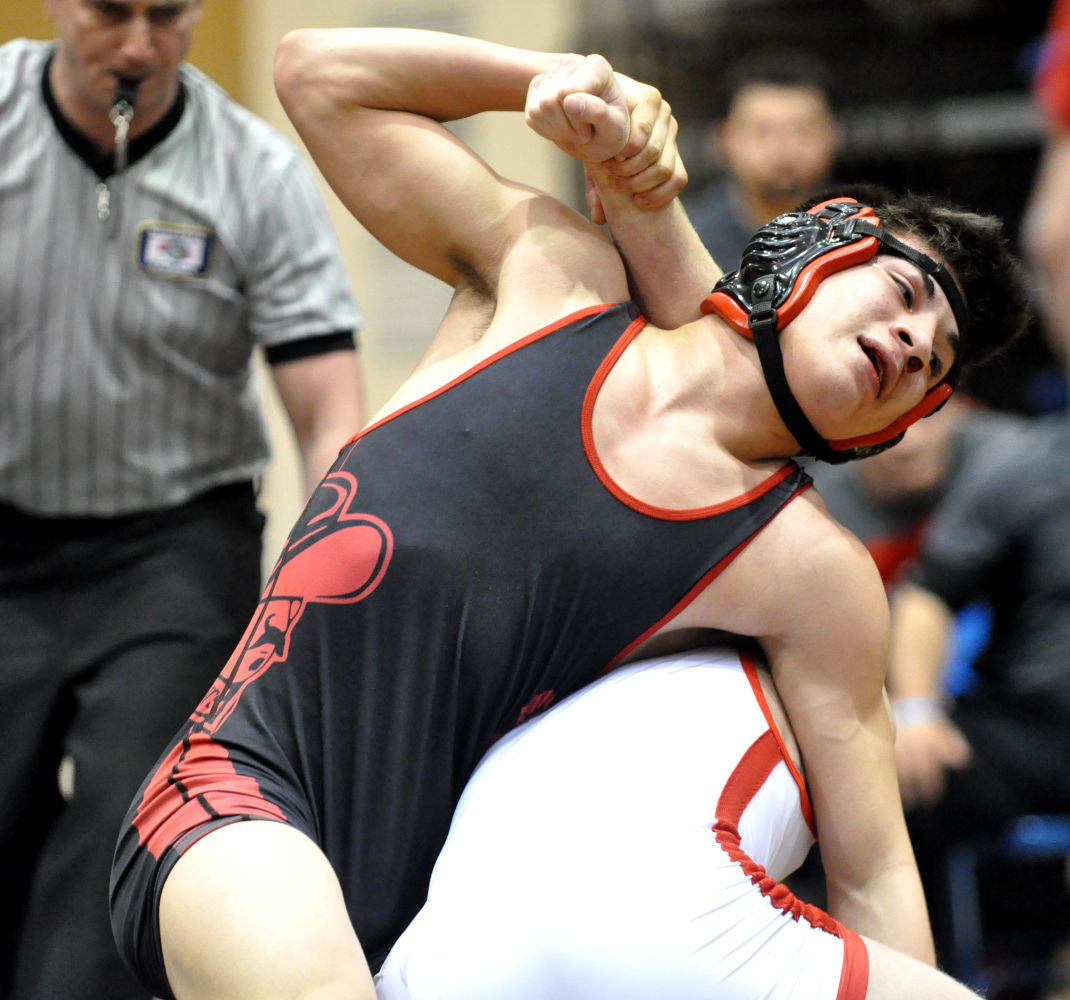 This is one of the few tournaments during the year that brings together all four class sizes in one event. Gretna is a little banged up and should be pushed by David City and Millard West. Sutton and Centennial also have solid lineups and bring several tough wrestlers to the table. There are 32 ranked wrestlers slated to compete, with half of the weight classes having three or more ranked wrestlers.

106:
Zoucha comes in as the likely top seed. Schoepf already has over 30 wins on the season. Hartman is battle tested and despite the double-digit losses shouldn’t be taken lightly.

113:
Sounds like Tuma of Gretna isn’t going to be back in the lineup yet, which helps David City and Millard West in the team race. Styskal is the only ranked wrestler here, but Buchanan and Whitaker are returning qualifiers from class B. Once again Millard West has a darkhorse in May, who despite having several losses, has wrestled some of the best in class A respectably.

120:
Carlson’s closest match all season has been a 7-point shutout win, and he may not even be the favorite at this weight with returning finalist Buchanan and Camden Russell in the field. This weight is absolutely loaded from top to bottom and there will be tons of big matchups in the early rounds.

126:
Styskal and Zebley is surely the highlight match at this weight. However, returning qualifier Scdoris and standout freshman Hinrichs will look to pull off some upsets. Hinrichs has just one loss on the season and his record could possibly put him into the top seed forcing a Styskal/Zebley semifinal battle.

132:
The top two in A could collide at this weight. Both Huffman and Fauver were state champs two years ago and stand in each other’s way to a second title this year. Fauver is battling teammate Tyler Cunningham to break Gretna’s single season technical fall record, so look for him to keep the pedal to the metal. Three other ranked wrestlers at this weight and two-time state medalist Carlson make this one of the must see weights of the tournament.

138:
Continuing the trend of stacked middle weights, we have three wrestlers from different classes ranked in the top three. White has beaten Spatz head to head once this season, and based on only having one loss may be the top seed. Cunningham has scored bonus points in 21 of his 22 matches this season and is the favorite here.

145:
Hernandez didn’t wrestle Bohac when the two teams dualed last week. May has just three in-state losses, all to fellow class A opponents. Towey and Avery have both been in the rankings this season and are certainly state medal caliber. Stone has been surging as the season has progressed, knocking off some of the top class C 145’s and has a recent win over Johansen. Johansen has knocked off A#2 Huss at 152 earlier this year.

152:
Possibly one of the toughest weights to predict. Stone from Sutton is a former medalist who’s gone toe to toe with some of Class C’s best. Huss is having a solid season as well, but does have a few interesting losses. Vodicka has had a fantastic freshman season and owns a win over Zoucha. Look for Valencia to challenge for a tournament title.

160:
Top ranked Everhart is the heavy favorite. Griess has just one loss this season and is a possible finals opponent for Everhart. Ratkovec and Flack are both state qualifiers.

170:
Sorich and Everson haven’t met this season. Given how little separates the top wrestlers at this weight in Class A, this match could be a state championship style match. Hansen has broke through into the class C rankings with a win over former #3 Coufal. Nantkes from Centennial is also having a good year.

182:
Jarrett has passed every test this year and has proven he can go the distance and win the close ones. Deinert has just one loss to D#1 Wood. Kolton Johnson has two losses on the season. Deinert/Johnson should be a great semifinal match.

195:
Cast and Rezac have met earlier in the year with Cast coming out on top 9-6.

220:
Fee may be back in the lineup for the Dragons. If he is, expect him to be the top seed. Eilers and Bauer met at the High Plains Invite with Eilers winning a 1-point match.

285:
The lone weight without a ranked wrestler in the field is essentially wide open.
Cody Bender (Centennial)