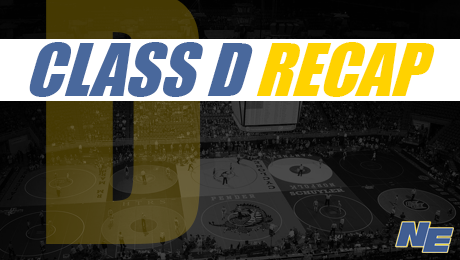 SEM Invite
Class D #5 Maxwell won the 20 Team SEM invite by 73 points over runner up Southwest. This tournament usually isn’t one of the tougher class D tournament but the administration at SEM has done a nice job of trying to grow is tournament and gave us one of the better tournaments of the weekend.

Bob Orsborn Cross County Invite
Class D#3 Amherst finished in 3rd behind Class C power David City and Central City Amherst also finally appears to be getting back to full strength with the addition of 160 #2 Trace Baasch back in the lineup and a couple moving pieces and 152 and 170.

Sandhills/Thedford Knights Invite
Another tournament that was predominantly Class D heavy this week was the Knight Invite in Dunning. Class D Southwest edge out Southeat Wyoming by 2 points to win the tournament. Mullen finished in 3rd 11.5 points behind the Champions.

The Most Notable match from this tournament was wen #1 Seth Racicky Ansley/Litchfield avenged his Friday night loss to #4 Cody Downey of Southwest 6-4.