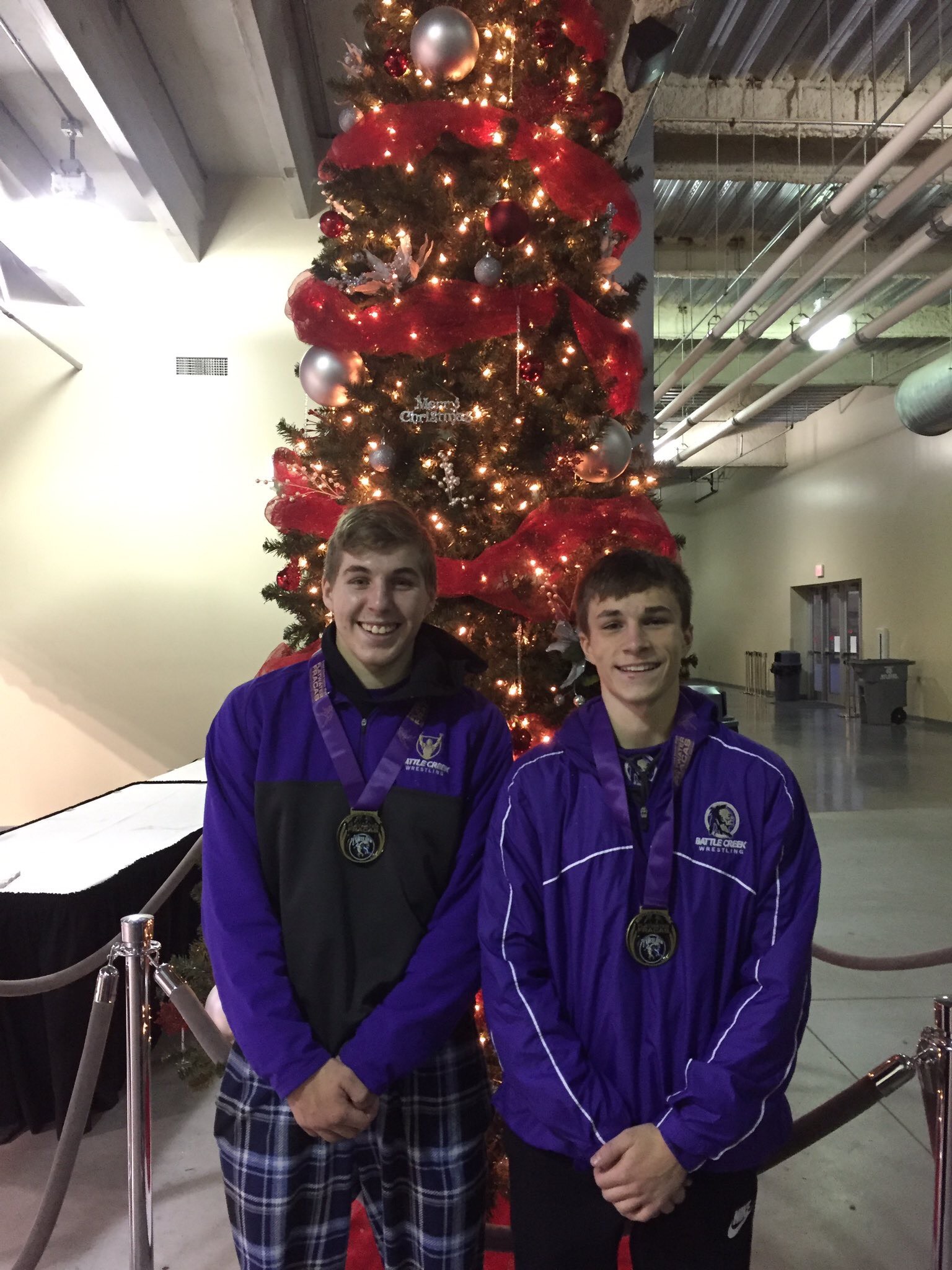 Valentine Invite
Valentine showed why they are still the top team in Class C winning their home invite over several ranked teams. They had four individual champs including a helpful tournament title by Lane McGinley at 170lbs. His 28 team points were the difference over 2nd place Broken Bow. They may still have some wrestlers moving to other weights which should increase their chances of scoring more points at the state meet. Broken Bow’s runner-up finish at Valentine had some impressive individual showings by Faulkenberry at 113, Ulmer at 145 an Brooks at 220. They were without normal starter Isaac Dodge at 182 which would have made the team race even closer. David City was without a few of it’s key wrestlers as well, but still finished in 5th place. Freshman Dylan Vodicka is wrestling very well at 145 evidenced by his 4-3 over SD class B#1 Kruger and they have several other wrestlers in the lineup highly ranked, so they’ll be in the mix at the end of the year. #8 Ord finished in 8th in Valentine on the strength of a great performance by top ranked 195 Ethan Gabriel who knocked off two ranked class B opponents by fall en route to a tournament title.

Logan View Invite
Over at the Logan View Invite #3 North Bend and #6 Aquinas clashed in some marquee matchups at 170 and 182 with Hines of North Bend knocking off top ranked Coufal at 170 and Aquinas’s Reimers proving his #1 ranking with a 15-0 win over #3 Mueller. Aquinas’s depth was a little too much for North Bend as they finished 12.5 points ahead of the Tigers. Wisnieski at 195 and Buresh at 220 for Aquinas are having solid senior seasons and have made the difference for the Monarchs in some close team battles early in the year. North Bend is so impressive in the middle weights that they have dilemma on their hands at 152 with Mullaly and Strauss battling for the spot. #7 Syracuse also participated, but from a team perspective they are better built for the state tournament.

Other top tens competing
#5 Battle Creek did not have a few of their key wrestlers in the lineup at the Flatwater Fracas as has been the case for most of the season so far. #1 113 Caydon McCracken and #2 145 Ty Heimes both had excellent tournaments going undefeated and knocking off some ranked opponents from other classes in the process. Heimes has proven himself comfortable in close matches, winning several along the way by 1 or 2 points. McCracken knocked off three ranked opponents; one by major decision and the other two he did not get scored on. #2 at 132 Damien Kersten has spent some time wrestling 126 this season when Owen Lade (#4 at 126) is not in the lineup. It will be interesting to see where both settle in at towards the end of the year.

Also participating in dual tournaments were #9 Gibbon and #10 Central City. Gibbon will continue to benefit from their top end guys such as Lane Brown, Chase Smith, Jacob Tracy and Wyatt Kee. Tracy lost in OT to #1 Cooper Bates at 152. It appears as if Daniel Escandon will not take the mat this year. If Tyric Beattie comes back to the lineup he’d be at 120 where he’d be a threat to medal. Do not write Gibbon off yet. Central City finished runner-up at Boone Central losing to a tough class B Aurora team. Koby Brandenburg did wrestle some matches at 126, but may not be quite back to full strength after missing a short time with injury. Dyson Kunz is impressive as ever at 106, winning all of his matches at 106 by fall. Noah Carlson has been wrestling up at 220 since week 1, which may be the better of the two weights for him. Schneiderheinz at 160 has continued to wrestle solid all season.