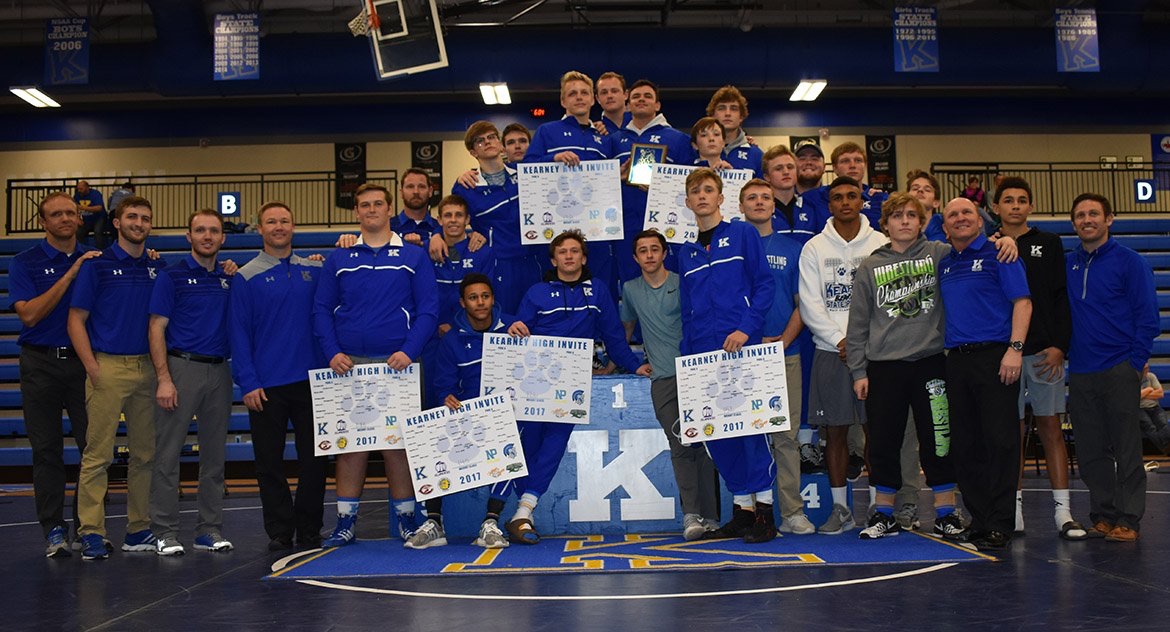 Two Fremont wrestlers earned wins over top-ranked opponents during the first week of competition. Cody Fielder (#3 at 120) won 7-4 over Walker Moore (B#1 at 126) in a dual on Thursday night, while Cody Carlson (#3 at 132) won 13-4 over Jack Huffman (#1 at 132) on Friday. James Burks and DaShawn Dixon collided in the Kearney 160lb final and did not disappoint. Burks led by 1 point in the final seconds before he scored a takedown as time expired to take the 5-2 lead. Some extracurricular jawing occurred after the match, so expect these two to meet again this season and revisit this rivalry.

Kearney High Invite:
Kearney won their home tournament with 6 individual champions including Gage Ferguson (113), Phillip Moomey (126), Nick James (138), Teontae Wilson (145), Jud Kuchera (152), and Lee Herrington. Six others placed in the top 4 for the Bearcats. Lincoln East finished as team runner-up behind tournament champions Maxx Mayfield (120) and Andrew Muthersbaugh. Four others finished as runner-ups, and four others finished in the top 4 for the Spartans. Omaha Burke finished 3rd and had three champions in Jakason Burks (106), James Burks (160) and Dillyn Miller (195). Carter Kucera of Columbus (132) and Caden Boesiger of Lincoln Southwest (220) were the other champions. Nick James and James Burks earned Outstanding Wrestler Awards for the tournament.

Fremont Invitational:
Norfolk ran away with the team title amassing 223 points with Brayden Splater (160), MJ Montgomery (220) and Conner Cowling (285) all winning titles and combining for 8 falls. Three others placed 2nd and four others finished 3rd for the Panthers. Runner-up Fremont was led by Cody Fielder (3 falls at 126), Cody Carlson (2 falls a major decision at 132) and Noah Molzahn (138) who all won their brackets. Three others finished as runner-ups for the Tigers. Millard West also had 3 champions including Levi May (3 falls at 145), Ethan Valencia (152) and Matt Sorich (2 falls and 1 tech fall at 170). Two others finished 2nd for the Wildcats. Caleb Duncan (2nd at 152), Quinn Thew (3rd at 138), and Plat Plot Soe (3rd at 120) were Lincoln High’s top finishers.