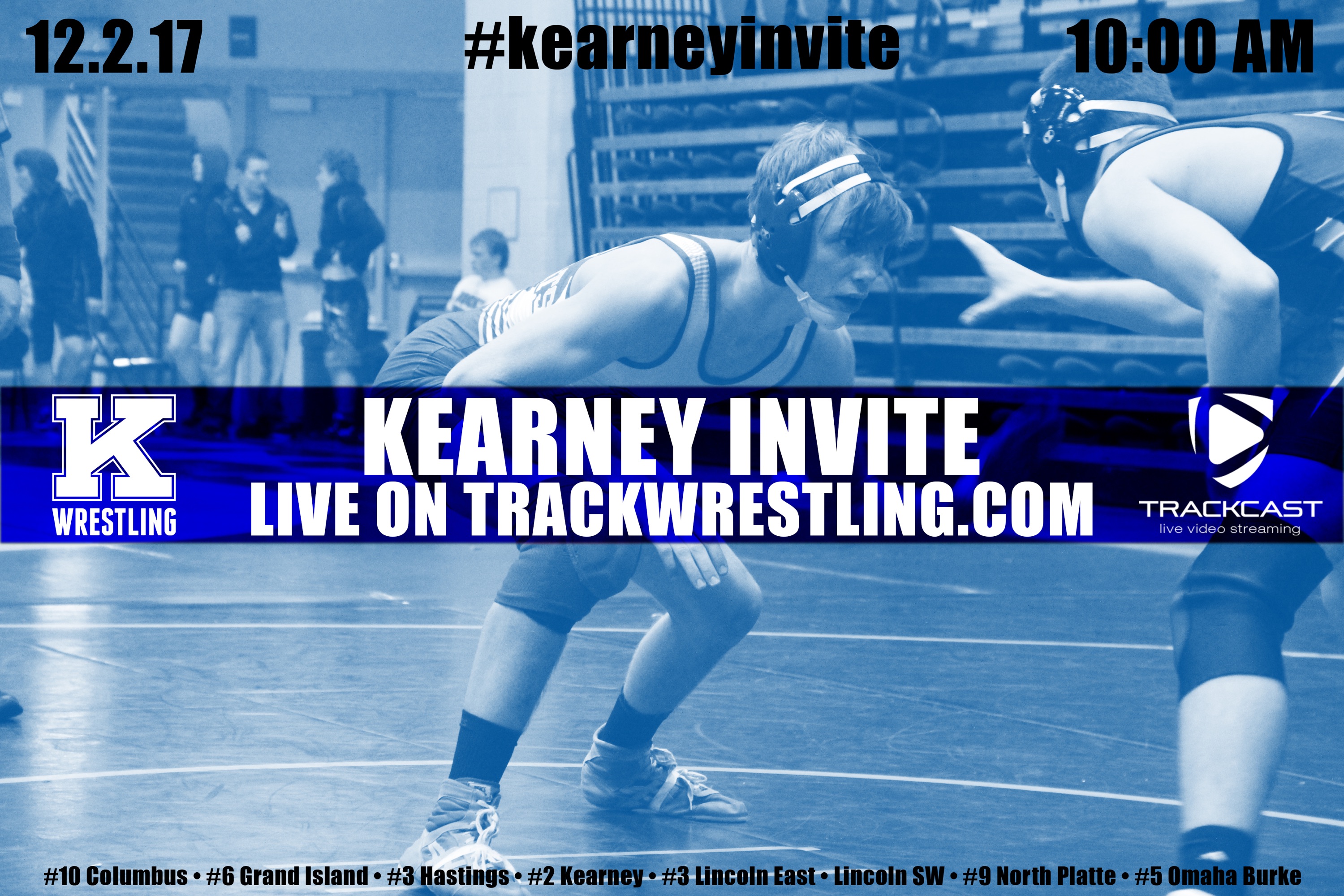 Some teams often have an appetizer tournament to kick off the season. That’s not the case for the teams attending the Kearney High Invite this year. Seven of the eight teams are ranked in the top 10 in their respective classes, and A#5 Omaha Burke joins this year to make this tournament a full-course meal. Two points of major interest are the 138 and 160 brackets. James Burks and DaShawn Dixon should collide at 160, while there are 5 guys who could legitimately win the bracket at 138.

Kearney returns most their team from last year’s state runner-up finish, losing only one state placer and two other state qualifiers to graduation. Lincoln East returns 11 of their 13 state qualifiers from last season, and have added some firepower to their top-to-bottom depth. Hastings didn’t lose anyone from last year’s 5th place finish in Omaha, and returns four top-4 state placers including a state finalist and a state champion. Omaha Burke returns a state champion, state runner-up and a 4th place finisher from last year’s team. Grand Island returns all 7 of their state qualifiers and recently beat Columbus 40-22 in a dual. North Platte returns a state champion, state placewinner, and a blood-round finisher, while Columbus returns one state placewinner and 4 other state qualifiers. Lincoln Southwest is the only team not currently ranked in the top 10, but preseason rankings are only an attempt to evaluate what each team has returning from the year before. They produce tough lineups from top to bottom every year and will likely be in the top 10 in the next set of rankings.

106
There are three ranked wrestlers a handful of freshmen who are looking to prove themselves make up this deep weight class. Sophomore Jakason Burks followed up an extremely successful Freestyle/Greco season with a 4th place finish at the Super 32 Challenge, which is arguably the toughest folkstyle tournament in the nation. Senior Dyllan Ritchie is a product of Kearney’s JV “farm system” and has won 35+ matches the past 2 seasons wrestling arguably the toughest JV schedule in the state. Dylan Miller was behind a state placewinner last season and is ready to shine. The remaining wrestlers are all freshmen.

113
Three wrestlers at this weight along with tough freshman Tanner Kobza should make for some quality semifinal action. Ramirez was a state place winnner at 106 last season, while Smith made it to the blood round at state. Morrow won 30 matches last season and lost 9-8 to Smith in consolation at state.

Expected Entrants:
A#2 (at 106) Eliceo Ramirez of Grand Island
A#5 Brayden Smith of Kearney
A#6 Jaxon Morrow
Shaemon Erb of Lincoln East
Tanner Kobza of Columbus

120
Returning State finalist and Fargo All-American Maxx Mayfield sits at the top of this weight and Blayne Kile is the only other returning state placer (4th in 2017). Rylie Steele is a returning state qualifier and improved consistently throughout the 2016-17 season. Diaz reportedly beat teammate Jordan Barber (returning state placewinner) 5-2 in a wrestle off earlier this week. He and fellow freshman Lukasiewicz (pronounced luke-uh-savage) should show that they are ready to challenge for state medals this season.

126
Like Burks, Phillip Moomey was a double Fargo All-American this summer. He capped an impressive Freestyle/Greco season with a Fargo Cadet Greco National Title, and recently finished with a 6-2 record at the Super 32 Challenge, only 1 win from placing in the top 8. Jayson Scott and Nathan Rizek made it to the blood round at state last season, while Mendoza went 1-2 at state.

138
Four absolute hammers at this weight class! Nick James and Connor Laux were in the finals of this tournament last year at 132. Laux took an early lead, but James threw Laux to his back and eventually earned the fall. Kinnaman narrowly lost in the state semifinals to the A126 eventual champion and is out for blood this season. Jake Oltman did not compete much last year, but he has two state medals to his name. The only reason he is not currently ranked is because there are 6 others with returning state medals also in A138.

145
Wilson, Fullner and Smith are all returning state qualifiers. Wilson finished with a 2-2 record last year only losing to the eventual champion and 4th placer.

152
Sliva and Kammerer are the only returning state qualifiers with Sliva losing in the bloodround and Kammerer finishing 1-2. Stapleton and Arensdorf are freshmen looking to prove themselves.

160
Matchups like this are what draws attention to our sport! Former state champion DaShawn Dixon is moving up to battle two-time state champion James Burks. Both wrestlers use their quickness and horsepower attack to from all positions. Expect a high scoring match in the finals. Williams is the only other returning state qualifier as he finished 1-2 at state last season.

170
State finalist Dame Pape heads up this group, but could get tested by a handful of returning state qualifiers. Everyone else except Deras qualified for state last season, with Lenz, Tracy, and Zwingman posting 2-2 records losing in the blood round.

Expected Entrants:
B#2 Damen Pape of Hastings
A#2 (at 182) Tyler Tracy of Kearney
A#4 (at 160) Carson Zwingman of Columbus
A#6 Nathan Lenz Omaha Burke
Grant Lyman of Lincoln East
Barrett Muehling of Lincoln Southwest
Alexzaiah Deras of Grand Island

182
Grape and Muthersbaugh are the only returning state qualifiers here, as they both posted 1-2 records at this same weight in Omaha.

195
Miller is a returning state finalist (182lbs) while Myers finished 6th at 195lbs last season. DeAnda and Richter are both state qualifiers, with DeAnda losing bloodround at 160lbs, and Richter finishing 0-2 at 220lbs just a year ago.

220
This weight features no returning state qualifiers, so it will be interesting to see how the seeds and results sort out.

285
Arguably the best heavyweight in the state, Herrington is a returning state champion and the only returning 2017 state qualifier at this weight. Reinke was a state qualifier in 2016, but lost in the blood round at districts last season.

You can watch the tournament live for free on Trackwrestling.com –>
http://www.trackwrestling.com/tw/predefinedtournaments/MainFrame.jsp?newSession=false&sport=wrestling&TIM=1512167697091&pageName=&ie=false&frameSize=629