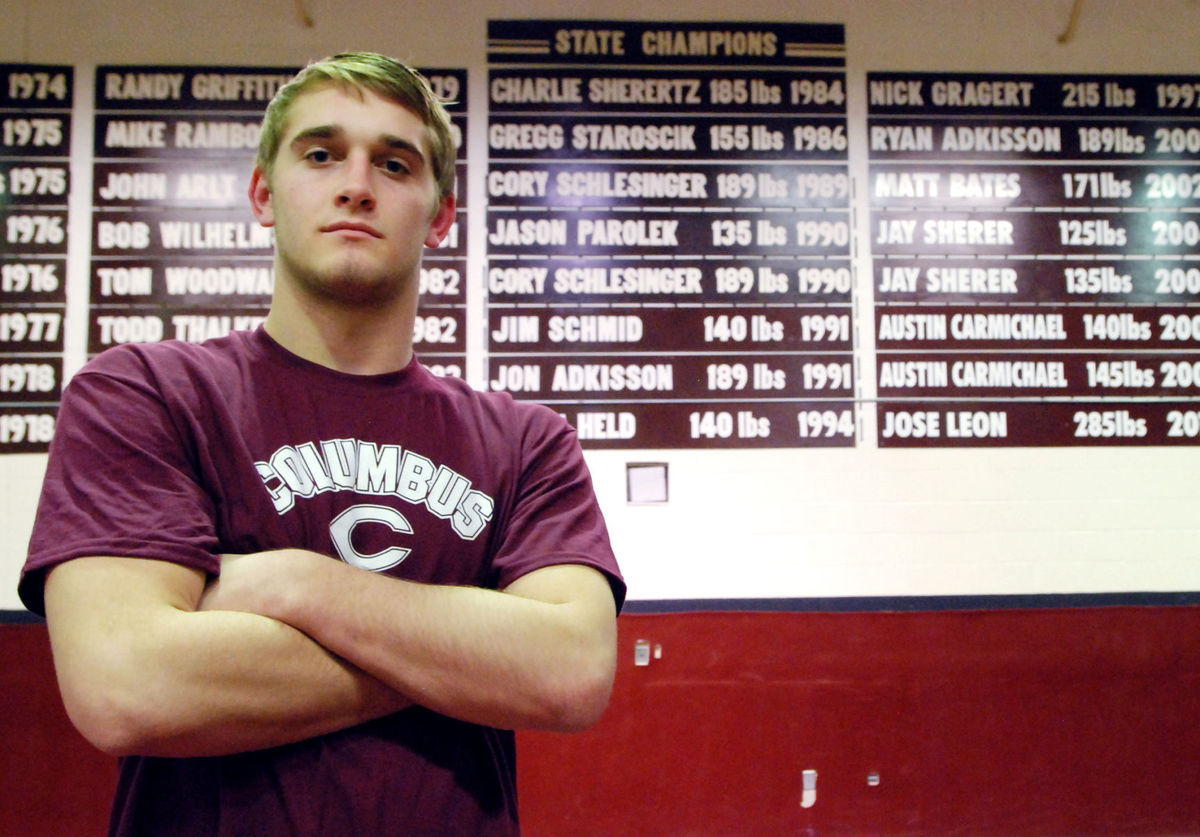 NEwrestle recently sat down with Colton Wolfe to discuss his future plans to wrestle for the Huskers, his high school and freestyle career, and a number of other interesting facts about one of Nebraska’s elite wrestlers. Colton was a three-time Nebraska state champion and a 2015 Fargo All-American hailing from Columbus High School.

Entering his senior year, Wolfe wasn’t sure whether he wanted to play football or wrestling in college. Colton was a highly sought after recruit in both sports, but after much consideration he decided that being a Husker wrestler was the best fit for him. Colton said that it has always been a dream of his to be a Husker, and after his recruiting trip to the University of Nebraska his decision was solidified. He plans on wrestling at 197lbs and is going to hit the weights hard this summer. From June 4th through July 7th Colton will be training with the team in Lincoln. They will have daily lifting and condition workouts as well as mat time. Colton said that he plans on competing this summer at Freestyle Nationals in Fargo, North Dakota. Following Fargo, he’s going to focus on improving his top and bottom game. He believes those are the two main areas that he’ll need to improve on to reach the level of success he wants in college. Along with being an athlete, Colton is going to be studying Secondary Education (Social Sciences) and would like to coach in the future.

As any fan of Nebraska high school wrestling knows, Colton Wolfe had a stellar career. He started his career by capping off his freshman season by beating an undefeated senior. Wolfe said that his fondest memory of high school wrestling was the state finals win his freshman season. However, Wolfe was not able to repeat his sophomore year. He ran into Cade Brownlee, current Iowa Hawkeye, in the finals where he was not able to edge the Creighton Prep star. Wolfe described Brownlee as the toughest person he’s ever stepped on the mat with, “nonstop physical with incredible resilience.” He said that if he could re-wrestle one match in his career that it would be the finals with Brownlee.

Following a heartbreaking sophomore season, Wolfe had a fire lit inside him that compelled him to start wrestling freestyle. In summer of 2015, Colton earned All-American honors at Fargo. He said that wrestling freestyle helped him improve his positioning as well as learning new techniques that transitioned well into folkstyle. Those improvements helped him to go undefeated his final two years of high school.

Outside of wrestling Wolfe enjoyed throwing the discus and playing football during high school. His favorite wrestler to watch is Jordan Burroughs, and he looks forward to being able to train alongside JB and James Green in the future. After weigh-ins Colton likes to eat a peanut butter and banana sandwich with a side of reduced fat pringles and a bottle of water. After tournaments, his favorite restaurant to eat at is Applebees. He’s said that his favorite brand of wrestling shoes is Nike. I also asked him about his thoughts on the new two-piece singlets where he responded by saying he’s old-school and that he doesn’t see himself wearing one in the future. His favorite pre-match song is “Remember the Name” by Fort Minor. If Wolfe could give a high school freshman any piece of advice he would tell them, “dream big and work hard.”