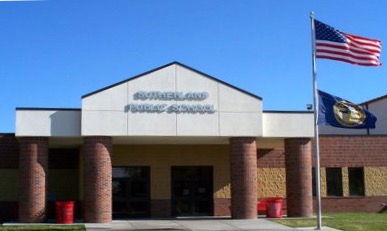 The D4 district hosted by Sutherland is loaded with high-end talent. Many wrestlers at this district are projected to finish in the top 6 at the state tournament and have the potential to bring home a handful of gold medals. The probably in this district as it has been in many past years is the depth. Those top-level wrestlers are spread out in the weight classes and should bring home district titles without being too much trouble. I predict the team title will come down to Mullen and Sutherland. I see Mullen edging them out for the team title, but I think it will be a tight race. NPSP is another team to keep an eye on in the team race, as they have the wrestlers to be right there with Sutherland and Mullen the entire way. NPSP enters five wrestlers but has a very good chance to qualify all five, with three of them scoring top end points.

106:
#1 Ryan Patrick comes into the district as the heavy favorite. Murrillo of Morrill just made the drop to 106 a few weeks ago and should finish second after spending some time in the 113 rankings. Warman has a head to head win over Marshall. The 4-5 Matchup between Marshall and Walker will be a big match up, as they have wrestled 3 times this year with Marshall holding a 2-1 advantage.

113:
#2 Nelson of Crawford comes in as the favorite as he has head to head wins over Coss and Coward who are expected to be the other two qualifiers. Coss has head to over Coward, which gives him the two spot. Coward is the only remaining guy at the weight with a winning record so he gets the 3 spot. Hare get the final slot has he has head to head on Anderson.

126:
White is the pick to be the district champion based off a common opponent win over McKibbin. After the top two it’s pretty wide open. Davis has wrestled 132 all year long and just dropped to 126 a couple weeks ago, so I put him in the third spot. Gracey has a head to head win over Stout so he gets the final spot

138:
After making a great run to medal at last year’s state tournament Brett Riggs has put together an outstanding season, which makes him the favorite to win the district. Kiffin Cook of Perkins County has seen limited action this season but should be poised to make another appearance at the state tournament. Wolken should finish in third at this weight as he has beat the remaining guys to choose from at this weight. The fourth spot is wide open to the next three guys but I’m going to pick Colton Barratt of Wauneta Palisade to finish fourth.

145:
Davis of Med Valley has had the season to position himself to when this district. Cox of Mullen is the pick to finish in second Stienke of NPSP has head to head over Gibson so he is my pick to finish in third. Making Gibson 4th.

152:
Allison is poised to make another return trip to Omaha and is your projected district champion. Standiford Hitchcock County has also had a good year with some great wins of recent and should finish second. Jones of Crawford looks to have had a great year and comes in trying to continue that run and finish 3rd. Anderson appears to be a guy that can be very hot but has had weeks with puzzling losses. Will have a big quarters match with Ernesti of Hemingford which could go along way in deciding who goes at this weight, but Anderson should be ready to roll at district and is my pick for fourth.

160:
Monette of Mullen so be able to pull through here as the district champ. Pendleton should be Monette’s biggest competition here. After that could be pretty wide open, Mader has the best record and has a head to head win over Running Hawk. McGill is just a freshman but has a ton of potential and should finish 4th.

170:
I see this weight being the top four guys and then everyone else. Howell projects as a heavy favorite and should make a return trip to Omaha. Leibhart should finish in 2nd giving Mullen another qualifier. Tobiasson looks to be the third best wrestler but I wouldn’t count out Kennicutt and expect him to be very competitive at this weight.

182:
Wood projects as the district champion as he has a common opponent win over Taylor. Taylor has head to head on Kvaning. Kvanvig of Mullen projects 3rd and im going to pick Bardell of Maxwell to finish in 4th.

Other Contender:
Everyone else

220:
Muench was a runner up a year ago in Omaha and is projected as the district champion here. Henderson has head to head over Payne. Payne has a common opponent win over Cantu.

285:
Payne has a Common Opponent win over Ehart and projects as the district champion. Ehart has a common on Lerma. From here, it becomes difficult to predict because upsets and happen so easily at 285. My best guess is Perez qualifies, but will have a big quarterfinal match to win against Hill to make it to Omaha.

One thought on “D4 District Preview”