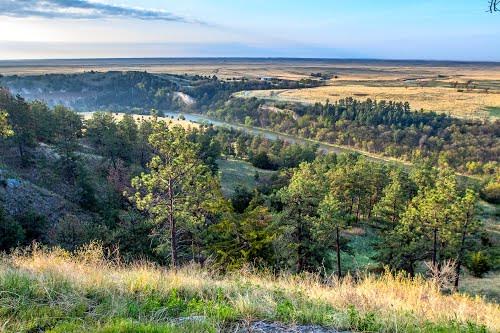 Tournament host and top ranked Valentine will be a heavy favorite, just as they have been at nearly every tournament they’ve competed in this season. Aside from Valentine, the district features #6 Kearney Catholic as well as Broken Bow and Ord, who have both made appearances in the top ten. Broken Bow has a recent tournament win over #5 Battle Creek and has plenty of depth in their lineup to possibly take 2nd in the district ahead of Kearney Catholic. With the depth that some of these teams provide it shakes out to an extremely tough district to qualify out of. If you are strictly looking at the number of ranked wrestlers this district would be considered the toughest to compete in. There are 31 ranked wrestlers in the C4 district (using the 1/25 ranking), compared to 19 in the nearest district. 106 and 126 both have three ranked wrestlers and there’s a very realistic chance that ranked wrestlers could be staying home at those weights based on in season results thus far. 195 has all four wrestlers ranked in the top six. 113 is probably the best chance for an unknown to sneak in and qualify for state as there isn’t as much depth there. 132 and 182 each have only one ranked wrestler at the weight, but they are both deep weight classes with several quality wrestlers looking to break through and make the trip to Omaha.

106:
6th ranked freshman Olson from Valentine is fresh off a win over #2 Brandenburg of Central City which gives him common opponent over both #4 Rowse from Ord and #5 Shiers of Kearney Catholic. Benavides from Bridgeport will likely be the 2nd seed as he does have a common opponent over Shiers now and a better record than Rowse from Ord. Rowse has split matches with both Shiers and Smith from Broken Bow. This is a tough one to predict especially with the recent common opponent established between Benavides and Shiers. Smith from Broken Bow and Shiers are likely to meet in the quarterfinals after having not met this season. Cluff from Kimball nearly knocked off D#1 Patrick from Sutherland and should not be discounted at this weight although he has lost to Benavides convincingly each time they’ve wrestled. Lots of depth at this weight and it’s quite possible some ranked wrestlers may be staying home.

113:
Top ranked freshman Gage Krolikowski from Valentine already has a win by fall over #5 Gaffney from Broken Bow. Gaffney will be heavily favored to make the finals and get another shot at knocking off Krolikowski. This weight just took a big hit as Petska from Ord is out of the season with an injury. Look for Treffer from Ravenna to take the fourth spot now. Hilliard from Kearney Catholic does have a head to head win over Treffer. It’s very possible for one or more of the wrestlers at 106 to consider bumping up, as there is much less depth at this weight.

120:
#1 Clayton Glendy from Broken Bow does not have a loss to an in state wrestler this season. He does have some close victories, but has proven he can get the job done. He has a 5-1 win over #4 Benson from Valentine who is his likely finals opponent. It will be a dog fight for the other two spots in the district. Musser from Hershey has a head to head win over Bell from Bridgeport. Bell has defeated Child from Gordon-Rushville head to head, which should give Musser the 3rd seed. The wildcard at this weight could be Braden Zinnel from Kearney Catholic. He has been out of the lineup all year, but would likely fall into the 3 seed here if he comes back for districts due to record and being a former state qualifier. Pretty much a toss-up here for the last two spots as there are several capable of qualifying.

126:
Former state champ, two-time medalist, and #1 ranked Kelber from Valentine is the clear cut favorite at this weight. After him this weight becomes incredibly difficult to predict. Broken Bow freshman Patrick Powers has had a great season and owns a recent win over #6 Tobler from Ravenna. Rogers from Kearney Catholic also has a head to head win over Tobler and Walters from Mitchell has head to head over Rogers. Burpo from Chase County and Temple from Ainsworth add additional depth to this weight. Temple has rarely wrestled this year and may not appear at districts, but his only three losses are to ranked wrestlers in C and D. Another phenomenal weight that may see ranked wrestlers not making the top four.

132:
#3 Carter Fleshman is the only ranked wrestler at this weight, but there are at least seven others capable of making a run and qualifying for Omaha. Ramon from Valentine looks to be in line for the 2nd seed as he has head to head wins over Ulmer from Broken Bow and Henry from Gordon Rushville. Ulmer has a win over Micheel from Ainsworth. Henry has wins over Micheel and Peterson from Chase County. Ulrich from Ord and Peterson from Chase County have wins over Hervert from Arcadia Loup City. Expect some hotly contested matches in the early rounds as many of these wrestlers have very close matches against each other this year.

138:
Returning finalist and 3rd ranked Pacheco of Kearney Catholic will be the top seed at this weight as he already has a win over #5 Eklund from Valentine. Eklund has head to head over Belsky and common over Wallander. Outside of the top two the seeding gets a little interesting. Wallander from Loomis-Bertrand has a win over Ballentine from Hershey, Ballentine has beaten Belsky from Gordon-Rushville, and Belsky just defeated Wallander so all three wrestlers have beaten each other. Scott from Arcadia-Loup City has a win over Ballentine, which gives him a common opponent over Belsky. Finally, Wallander has 2x common opponents compared to 1 for Scott. If none of that makes sense, then simply put it will be a battle to qualify between six top wrestlers.

145:
#3 Pearman from Valentine has only lost to #1 Moore from O’Neill in a close match. He is very comfortable in close matches and knows how to win them. He has a head to head 1-point win over #6 Connely from Kearney Catholic. Connely has a head to head win over Shoemaker from Ord. A likely semifinal opponent for Connely will be Weiss from Chase County. Weiss has head to head over Mackley from Hershey. Brass from Broken Bow has lost to Shoemaker, but does hold a common opponent over Mackley. Richardson from Ainsworth is also tough at this weight. There will be some big quarterfinal matchups at this weight also. Should be a battle for the fourth spot.

152:
#2 Long from Valentine and #3 Keating from Kearney Catholic have met once this season in a close match won by Long. There are five total wrestlers who’s season results indicate they will be battling for the four qualifying spots. Weibert from Bridgeport has been in and out of the rankings this year and will likely be the 3rd seed. He should be a challenge to Keating. Knight from Ord has head to head over Myers from Broken Bow early in the year in a fairly close match. Myers recent results indicate he’s been wrestling at a very high level so it should be a great quarterfinal battle with Knight, who was out of the lineup last weekend. Essentially, there are five state medal caliber wrestlers vying for the four spots.

160:
It seems nearly every district has one weight where there are so many wrestlers capable of qualifying it’s a shot in the dark to predict who will have a great tournament and qualify. #5 Fisher from Chase County has an overtime win over #6 Becker of Southern Valley. Becker has head to head over Dawe from Ord. Dawe has two wins and one loss to both Miller from Broken Bow and Feldner from Kearney Catholic. Miller has split with Wenig from Valentine. Wenig also has head to head over Feldner, Gilliland from Mitchell, and Nickless from Ainsworth. Wenig appears to be wrestling the best out of the nonranked wrestlers as he recently knocked off Miller, who had defeated him earlier this year. Dawe from Ord has slowed down a bit the 2nd half of the season and will have a slew of other wrestlers gunning to knock him out of the projected fourth spot.

170:
Three out of the state’s top four ranked wrestlers are at this weight. Hernandez from Mitchell has two head to head wins over Trompke from Ord this season. Stephen from Valentine and Trompke from Ord are likely to collide in the semifinals at this weight in what should be a great bout. Coalson from Bridgeport has head to head over Fisher from Chase County. Gappa from Kearney Catholic is a returning qualifier and his losses this season are very respectable in very limited action. He appears to be back in the lineup and should compete for the fourth spot. Lots of depth at this weight so everyone will need to be ready to battle in the early rounds.

182:
Top ranked Fedorchik is undefeated and easily the top seed here. The rest of this weight will be a battle for the remaining three places and a trip to Omaha. Lech from Ord has split with Chapa from Ravenna and has head to head over Curlo from Arcadia-Loup City. Curlo and also Fernau from Ainsworth have wins over Chapa as well. Bachelor from Valentine has common opponent over Fernau. Lech has common over Bachelor and Dawson from Southern Valley, so despite his loss to Chapa he may be in line for the 2nd seed her. Haarberg from Chase County has a recent win over Dawson. Tough one to predict as there are basically six wrestlers who are fighting for three places.

195:
The marquee weight of the C-4 district with four ranked wrestlers competing. Gabriel from Ord and Haase from Valentine have not met this season, but appear to be the top two seeds at this weight class. Gabriel has multiple common opponents over McDowell from Minden and Space from Chase County and also has a head to head win over Kociemba from Broken Bow. McDowell has head to head over Kociemba and Kociemba has common opponent over Space. Vasquez from Bridgeport has split with Space this season winning two matches to one. McNeil from Hershey has been hot and cold this season winning some matches against top tier wrestlers with some puzzling losses as well. Look for big quarterfinal matches to occur here once again.

220:
#5 ranked Hinojosa from Chase County should be to top seed at this weigh class. He has head to head over his three top competitors at the weight. McGahan should fall into the 2nd seed here has he has a common over Shields from Valentine, who has a head to head win over Brooks from Broken Bow. Luehm from Ord went to OT against Brooks earlier in the year, but has lost by fall the last two meetings. Franklin from Bridgeport has had a good season as well and will be a tough quarterfinal opponent for whoever he faces.

285:
This weight class looks like there are three who have separated themselves from the pack. #6 Lane Hruby surfaced in January and appears to be set as the starter ahead of freshman Jerabek for Arcadia-Loup City. Louder for Hershey stands to be the top seed based on his win over Hruby earlier in the year. Hruby should outseed Fulton based on his state qualifier status. Coincidentally, Louder lost twice to Jerabek. Fulton from Valentine has head to head over Drake from Broken Bow and most likely will carry a better winning percentage than Louder heading into districts which would give him the top seed. Louder head to head over Drake as well as Freeze from Bridgeport. Escajeda from Kimball has split matches with Freeze.