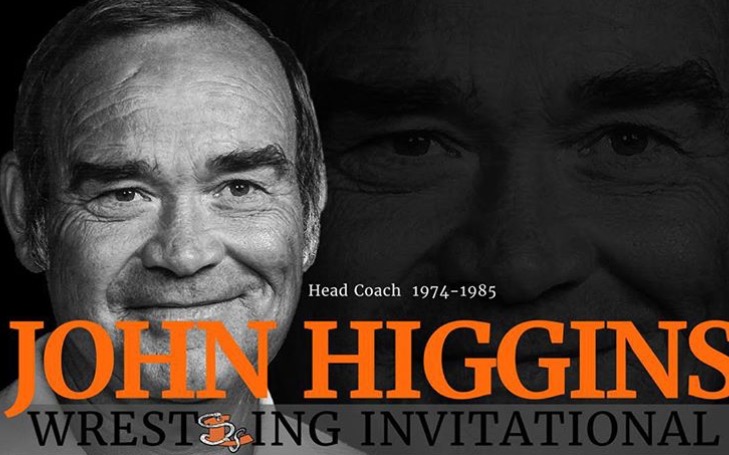 106
This weight class is filled with freshmen who are gaining steam with the hopes of proving themselves this postseason. On paper, Brown is the favorite to win this weight, but he should be tested by B#5 Andy Rojas assuming both make the finals. Morrow of Lincoln Southwest is class A’s toughest competitor in this group. Rojas and Morrow have wins over Tristen Obermiller of Adams Central, but Obermiller is scrappy and should never be counted out. York of Beatrice was not listed, but Beatrice may have turned in adjusted lineups later in the week.

113
Kile has pinned 6 of his 7 opponents this season and will face his toughest test of the season should he and B#2 Trevor Holley make the finals. Holley owns a major decision win over Peckham of Sidney, and has scored bonus points in 78% of his wins this season.

120
Arellano is the highest returning state placer in this group. He hasn’t faced Hall this season, and that could very well be the finals match. Arellano owns 12-2 and 5-2 wins over Hotz, while Hotz owns 4-1 and 2-0 wins over Russman and a 6-5 win over Kubicka. Kubicka has split time at 113 and 120 this season.

126
Koch has been having a very respectable freshman season and owns a 6-1 win over Barry. Barry and Larson have split matches, with Larson winning the most recent match 10-8. Four of Vowers’ seven losses have been to Larson, all by 4 points or less.

132
Connor Laux owns a 6-0 win over DeLancey from earlier in the season. These two should make the finals, but one of them will have to get past Baird who is tough to score on. Higer and Larson have already wrestled 5 times this season with Higer winning 3 of the matches.

138
Cluxton is the favorite here as he is the only returning state qualifier and state medalist, finishing as a state runner-up last season. None of the others have met, but Probasco and Raines have been consistent so far.

Contenders:
B#1 Jake Cluxton of Bennington
UR Austin Probasco of Lexington (18-8)
UR Brody Raines of Sidney (26-7)
UR Tyler Johnston of Holdrege (15-5)

145
Pokorny is the favorite to win this bracket, and should face Mackley or Koehler in the finals. Both have had fairly consistent seasons.

152
Two-time defending state champion and two-time John Higgins Invite champion Derek Robb is heavily favored to win this weight, but will face tough tests from fellow class B wrestlers MacDonald and Margritz. Jurgens of Scott City is undefeated on the season and ranked 4th in Kansas.

160
Pinkerton and Carstens could likely meet in the finals, as both are having great seasons, with their only losses coming to highly touted opponents.
Carstens owns a 7-2 win over Garcia

Contenders:
A#4 Tyler Carstens of Lincoln Southwest (23-3)
#2B Jacob Pinkerton of Beatrice
UR Pierro Garcia of Lexington (20-5)
UR Jack Fedderson of Sidney (21-8)

170
Pape and Melroy enter this tournament with 45 wins between them and zero losses, so one of them will be leaving Lexington with a loss. There’s a highly probable chance that both of them could leave with a loss as returning state champion Ruffin has the ability to elevate his performance to the level of competition. Melroy’s style should clash with Pape and Melroy as Melroy has solid positioning and can grind out matches when needed. Miller of Bellevue West is a returning state placer, while Bassinger is crafty and shouldn’t be counted out.

Contenders:
B#4 Damen Pape of Hastings (23-0)
B#1 Prestin Melroy of Holdrege (22-0)
A#1 Braiden Ruffin of North Platte
A#6 Levi Miller of Bellevue West (16-5)
UR Tucker Bassinger of Beatrice

182
Top-5 ranked Seniors Shaw, Derr and Langan should be in a 3-horse race to win this weight. Shaw and Langan placed 5th at state in class A and class B respecitvely. Langan and Derr have pinned each other this season.

195
Myers has been quietly having an excellent season and owns a 3-1 win over returning state placer Matson earlier this season. Bradley is athletic and is dangerous when he gets on a hot streak. Mullen has split time between 195 and 220, but has had some quality wins this season.

220
Clanton has only lost to two-time state champion Colton Wolfe this season, and has proven that he can win the tight matches week in and week out. Clanton beat Titus 5-3 earlier in the season giving Titus his only loss so far. McGahan, Titus, and Taylor both have wins over Hudson this season and this tournament should help figure out the class B pecking order.

285
Wurth has pinned Brenn this season while Brenn owns an 8-4 win over Wioskowski. Wioskowski has two 1-point wins over Lauder this season. Brunk has only lost to top-6 ranked opponents and is looking for a signature win to hang his hat on.