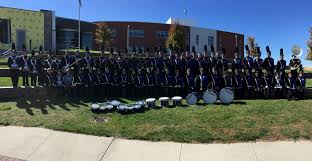 126- Since May, Both Huffman and Baughman competed at State Freestyle and Greco, UWW Cadet Nationals, Junior Duals, Fargo, and Preseason Nationals. Both wrestlers are fluent in all 3 wrestling positions and are never afraid to toe the line and scrap. Huffman has the uncanny ability to lure opponents out of position and expose them for bunches of points in flurries. Baughman moves forward in great position and never lets his foot off the gas. Most matches that feature elite opponents usually favor whoever scores the first takedown. This match is no different, as both wrestlers are hard to catch once they get in the driver seat.

Gothenburg (GB) vs Lexington (LEX) vs Scottsbluff (SB) at Scottsbluff

126- Similar to the Huffman and Baughman, Gutierrez and Larson train and compete year-round. Gutierrez is explosive and wrestles at a high pace, while Larson can scramble and uses slick technique to his advantage. A good preview of what could be the 126B4 district finals in February.

by Dru Kastler and Colin Pfeifer

With the weather that effected many tournaments across the state last weekend, Elgin Public-Pope John rescheduled their tournament for today. The field is heavy with Class D talent, which features 3 top ten teams in Palmer, Elkhorn Valley and Pender. Two weights at this tournament that will be really fun to watch are 145 and 160. At 145 today you will see 2 currently ranked wrestlers but 3 other wrestlers that are right on the edge of the rankings at the moment. One very good wrestler is going to come away without a medal today at 145 but will also leave knowing that he just faced some of the toughest guys at 145 in class D. The second weight today that has sparked some interest is 160. At 160 today is #1 Loberg, #2 Donscheski, #3 Bowder, and 170 #4 Mlady of West Holt. The move down for Mlady is one I have been waiting to see if it was going to happen all year. With Mlady Moving down to 160, it gets Colton Cavaness in the line-up at 170, which makes West Holt better team-wise.