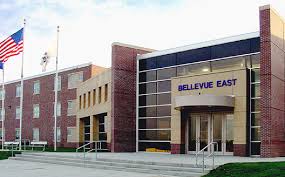 Class A Duals:
Millard South (MS) at Bellevue East (BE)

Rezac (6th at 126) and Rodriguez (3rd at 120) both placed at the 2016 state bracket, but didn’t face each other last season. Rodriguez won their last match up 2 seasons ago at 113. Both wrestlers are athletic and like to attack so it should be a shootout. At 138, Wagstaff and Charity have different styles, as Charity looks for opportunities to use his explosion, and Wagstaff has solid defense.

The Haynes brothers, both ranked third in their respective weights will get tested tonight. In a matchup of battle tested Freshmen at 106, Papio’s Cody Niemiec will get the opportunity to wrestle another athletic and explosive opponent who can score from many different positions. Niemiec won 7-3 over Brayden Smith of Kearney at the Fracas, and Haynes has a similar style. Ben Hallett is unranked at 126, but has had a very solid season thus far. Hallett stays in the face of his opponent, while Eron Haynes can sting opponents from the open, or use his upper body attacks to score. This should be an entertaining and high scoring affair.

Class B Duals/Triangulars:
Winnebago vs Westwood, IA vs Ponca (at Ponca)
Wayne vs Plainview vs Boone Central/Newman Grove (at BC/NG)
Auburn vs Beatrice vs Waverly (at Beatrice)
Cozad at Holdrege
Plattsmouth at Glenwood,IA