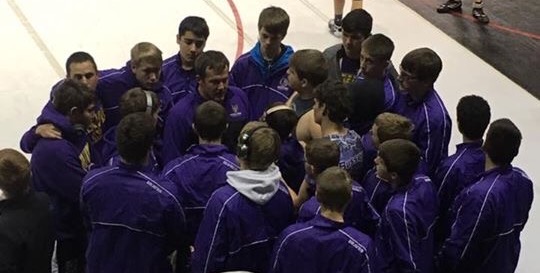 Only a few teams were able to compete over the weekend. The Valentine invite which would have been the top class C meet of the weekend and perhaps of the year was cancelled due to poor weather conditions. It would have featured five of the top teams in class C.

Flatwater Fracas:
Battle Creek, Central City, Doniphan-Trumbull and Syracuse represented class C at the annual Flatwater Fracas which featured 30 teams from several states. Battle Creek finished 9th out of 30 teams for the best showing of the class C schools. There were several individuals who fared well from all of the C schools competing.

Fran Jorgensen Holiday Classic (Cambridge):
Broken Bow was a late entry into the Fran Jorgensen tournament. 10 teams were able to attend with Broken Bow running away with the team title against a field comprised of class D schools. They won all of the weight classes they were entered in.

Platteview Invitational:
In the team race, Raymond Central finished 3rd, Yutan finished 4th, and Shelby-Rising City finished 6th. Results for the individual brackets are not showing up on trackwrestling.com currently.