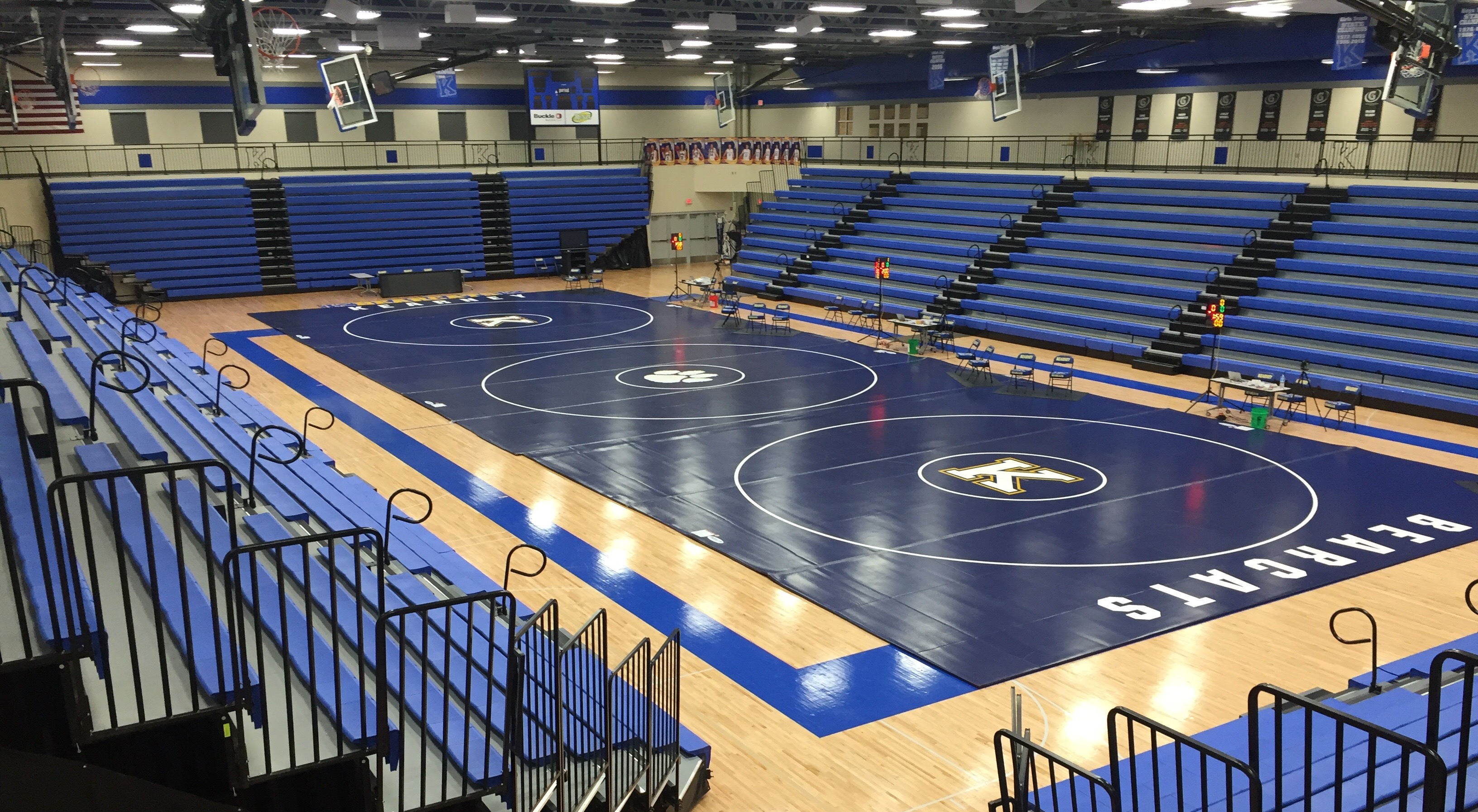 With five other class A schools and one class B school in town, Kearney High School gets the opportunity to show off their $70 million dollar facility that seats 2,300 people. This is the Bearcats’ first wrestling event in the new gym, and there are eight weight classes that include two or more ranked wrestlers.

At 106, #4 ranked junior Eliceo Ramirez of Grand Island will be challenged by three freshmen who are looking to make a splash in their first high school tournament. #6 ranked Brayden Smith of Kearney along with Jaxon Morrow of Lincoln Southwest and Thad Baldwin of Columbus round out the top four and should make for quality semifinal action.

At 113, #2 ranked Carter Kucera of Columbus has the only state medal in the group, but 113B #4 junior Blayne Kile of Hastings has a style and range to cause problems for anyone. Lincoln East’s Maxx Mayfield is one of the top freshmen in the state and has competed nationally almost year-round for most of his wrestling career. He starts the season ranked #5 and can wrestle well in all positions. Also keep an eye on Rylie Steel of Kearney, as he has impressed his coaches and has a solid training partners in Brayden Smith and Phillip Moomey.

The 132 finals will likely pit former state champion Connor Laux of Hastings against Nick James of Kearney. Laux is #4 in 132B and James is #1 in 132A. Laux’s style is more steady, physical and grinding, while James can lull opponents to sleep and put points on the board in a hurry. #6 ranked Kolton Sliva of Grand Island was two wins from placing at the 2016 state tournament and has been dedicated in the offseason.

At 152, Connor Burney of Lincoln Southwest is ranked 4th and Carson Zwingman of Columbus is ranked 6th. Both were state qualifiers a year ago and won 53 matches combined.

170 has two ranked wrestlers, with #1 Braiden Ruffin of North Platte and #6 Reece Nicol of Kearney. Ruffin won the 2016 170A state championship finishing with a 46-3 season record, while Nicol earned a starting spot in Kearney’s lineup by ousting a returning state qualifier at wrestle-offs.

182 boasts four ranked wrestlers which is the most of all weight classes in this tournament. Leo Palomo of Kearney finished 4th at 182 in the 2016 state tournament while Justin Shaw of Lincoln Southwest finished 5th at 170. They will be challenged by highly touted freshman Damen Pape of Hastings, who can be vicious and dangerous from every position. Jayden Songster of North Platte lost in the blood round at the 2016 state tournament while winning 21 matches on the season. Whoever emerges as the champion of this weight class, will have most certainly earned it.

The 220 finals will be a special treat for the fans with #1 at 195 Colton Wolfe and #1 at 220 Connor Clanton likely to meet. Their styles sit on opposite ends of the spectrum with Wolfe being slick and strategic, while Clanton bullies his opponents and wears them down.

The largest weight class has top ranked Cy Marshall of Columbus who was a state runner-up in 2016, and third ranked Lee Herrington of Kearney who finished 5th at state in 2016. They will be joined by returning state qualifier Drake Reinke of Lincoln East and DIllon Holsteen of Lincoln Southwest.