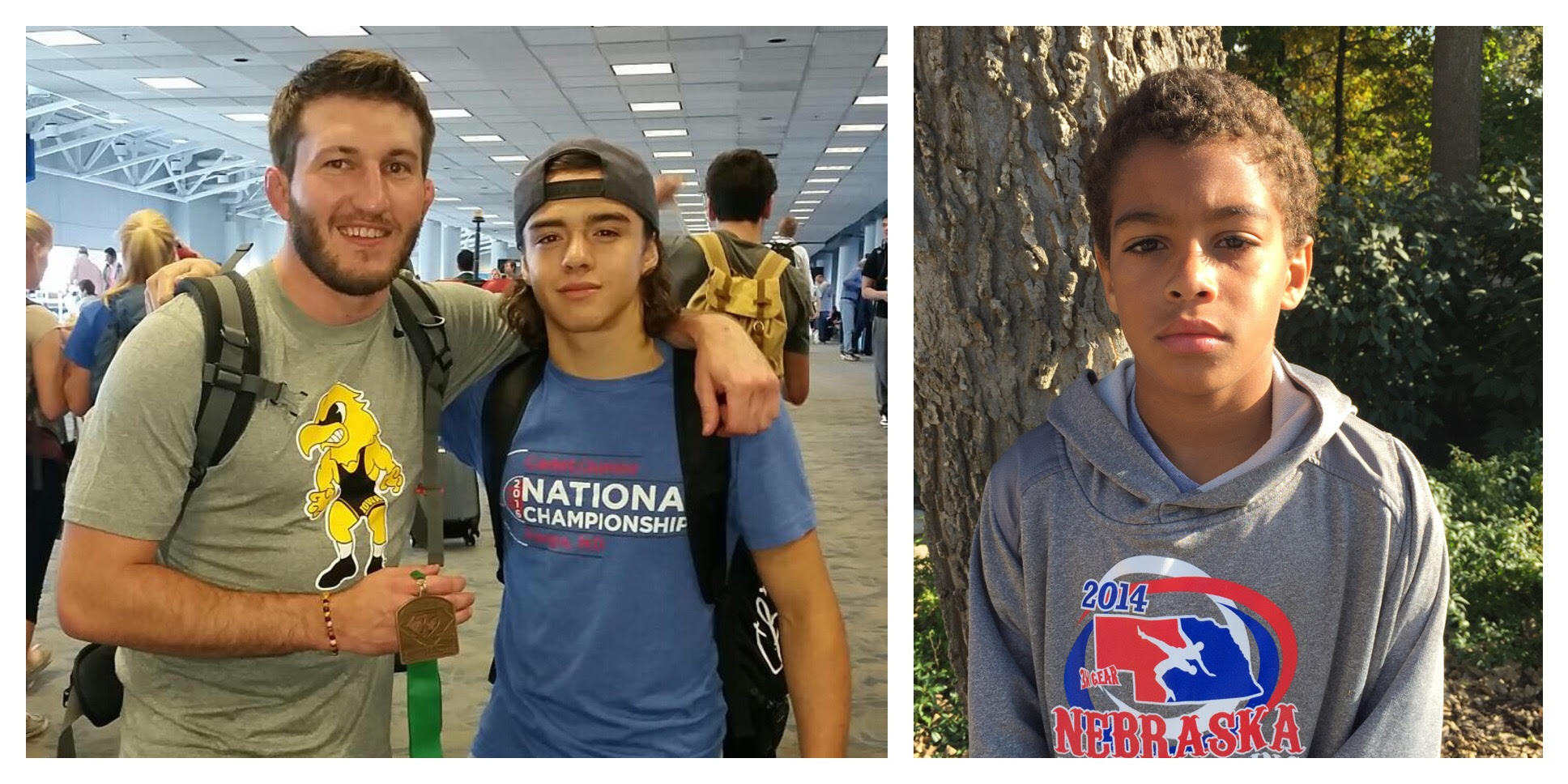 On October 16th, Joey Harrison became the first Nebraskan to ever advance to the Super 32 semifinals. Colton Adams and Doyle Trout both made the quarterfinals in 2013 and 2014 respectively, but lost their matches. Adams went on to finish 4th at 132lbs and Trout finished one match short of the placing in the top eight at 120lbs.
Harrison earned five wins on the first day of the Super 32 Challenge. He beat opponents from Georgia, Massachusetts, two from Pennsylvania, and one from Ohio by a combined score of 36-16. In the semifinals, he battled Pennsylvania state champion and 2015 Super 32 Champion Adam Busiello. Busiello prevailed 10-2 over Harrison with two sets of takedowns and two sets of 3-point nearfalls. After his first match in consolation, Harrison elected to default in the 5th place match in order to catch his flight back to Omaha. Harrison’s coach, former UNO wrestler Matt Rein, expressed that the keys to Harrison’s success were “motion, explosiveness and transitions. He kept his opponents guessing and pulled the trigger when they were biting.” Harrison is typically erratic regarding his motion and fakes, but Rein reinforced that he was “very strategic with his position and attacks.”
Miles Anderson was a warrior in the 11 and Under 60lb bracket finishing in 7th place. After a first round loss, Anderson rattled off two wins over opponents from Pennsylvania, and one opponent from Georgia. A loss in the consolation quarterfinals set up a rematch of Anderson’s first opponent of the tournament.”Miles was excited to get another piece of his first round opponent” said his father and coach Jamar. Anderson picked up his pace while staying in solid position and got the fall at the 1:25 mark to earn revenge. “His biggest improvement in this tournament was from the mental aspect. Miles did a great job of focusing on his warmup routine and things he could control, instead of worrying that his opponent had beaten him earlier in the tournament”, added Jamar.
Korbin Meink opened the first day with a 4-1 record to advance to the second day of competition, but lost his first match on Sunday morning. He advanced the farthest out of the 4 Nebraska wrestlers who competed at 120lbs. Meink was 2 matches away from placing in the top 8. Also at 120lbs, Devon’Tae Gutierrez nearly advanced to the second day of competition. Gutierrez dropped his first round match, but won his next four matches in consolation before losing his second match of the day.
Below are the records of all participants who represented Nebraska in the high school, middle school, and elementary divisions:
High School
106-Blake Jackson, Millard South HS (1-2 record)
113-Joey Harrison, Omaha Burke HS (5-2 record before default: 6th place)
120-Clayton Glendy, Broken Bow HS (1-2 record)
120-Devon’Tae Gutierrez, Scottsbluff HS (3-2 record)
120-Korbin Meink, Skutt Catholic HS (4-2 record)
120-Mario Ybarra, Scottsbluff HS (0-2 record)
132-Ben Rodriguez, Scottsbluff HS (2-2 record)
145-Jaydon Elge, Nebraska Christian HS (2-2 record)
Middle School
85- Bryce Jackson, Nebraska Boyz (2-2 record)
95- Paul Garcia, Scottsbluff Wrestling Club (2-2 record)
Elementary School (11 and Under)
60- Miles Anderson, Nebraska Boyz (5-2 record: 7th place)