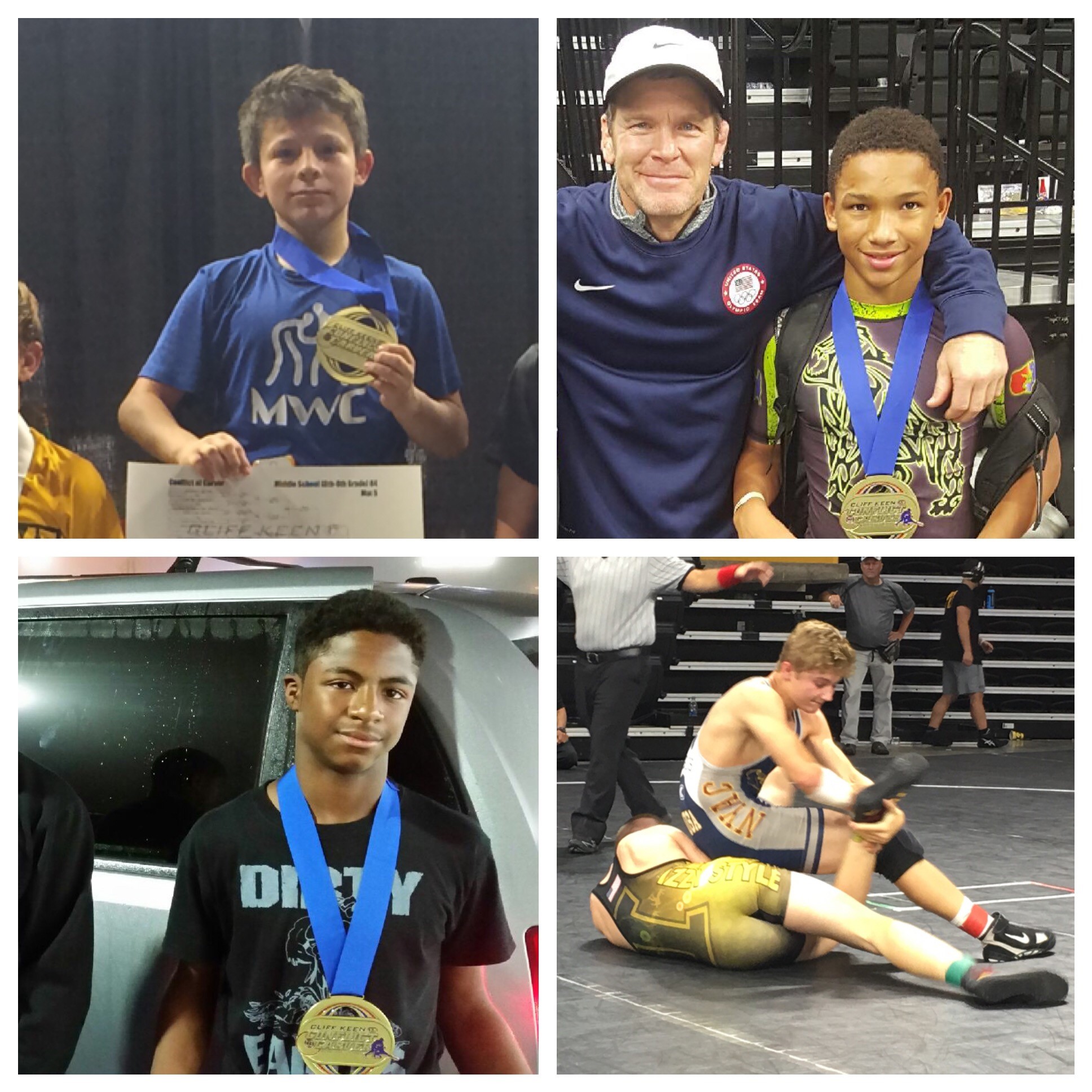 Four wrestlers from Nebraska were on fire this weekend and placed first in their respective weight classes at the Conflict at Carber. Three others finished as runner-ups in Iowa City on Saturday.

Garrett Grice earned one fall and outscored his other three opponents 25-0 to win the 91lb bracket in the middle school division. There were a total of 6 state champions and multiple state and national placers in his bracket. Because of his dominance in such a tough bracket, he was named Outstanding Wrestler of the Middle School Division. Grice’s versatility allows him to score wherever the match goes. He can be a bruiser, he can utilize his sound technique, and has the ability to explode for scores in any position.

Nate Rubino recorded two falls along and outscored his other two opponents 11-3 on his way to a title in the 84lb middle school division. “Nate found the flow in his wrestling today” said coach Zac Dominguez. “He transitioned from a headlock to an inside trip in an early match, then flowed from a single leg attack to a headlock to get the pin in the finals”.

Emilio Haynes secured two falls and outscored his other three opponents 39-7, earning major decisions in each of the non-fall wins. “Emilio wrestled with commitment and passion” stated coach Johnny Galloway. Haynes had a knack for scoring points at the end of his matches to put them out of reach, rather than cruising to victories.

Billy Higgins was successful on both the gridiron and the mat this weekend. He intercepted the last pass of the game to seal Skutt Catholic’s Friday night win over Ralston, then drove to Iowa City on Saturday morning for the Conflict at Carver. Higgins outscored his three opponents 30-3, with his finals match being a 2-1 victory over a worthy opponent from Illinois. “Billy wrestled well for not having a ton of practices. He scored on an array of attacks from every position” added coach Chas DeVetter.

Placing 2nd in their brackets were Conor Knopick, Cade Creighton and Danny Thompson. According to his coach Chas DeVetter, “Danny has been working hard all off season in the weight room and on the mat. He has made some big improvements and it started to show this weekend.” Cade Creighton showed grit battling his opponents who were all older and heavier in 126lb middle school division. Conor Knopick crushed his first three opponents by fall, 9-1 major decision, and a 17-1 technical fall before losing to a state runner-up from Illinois in the finals.