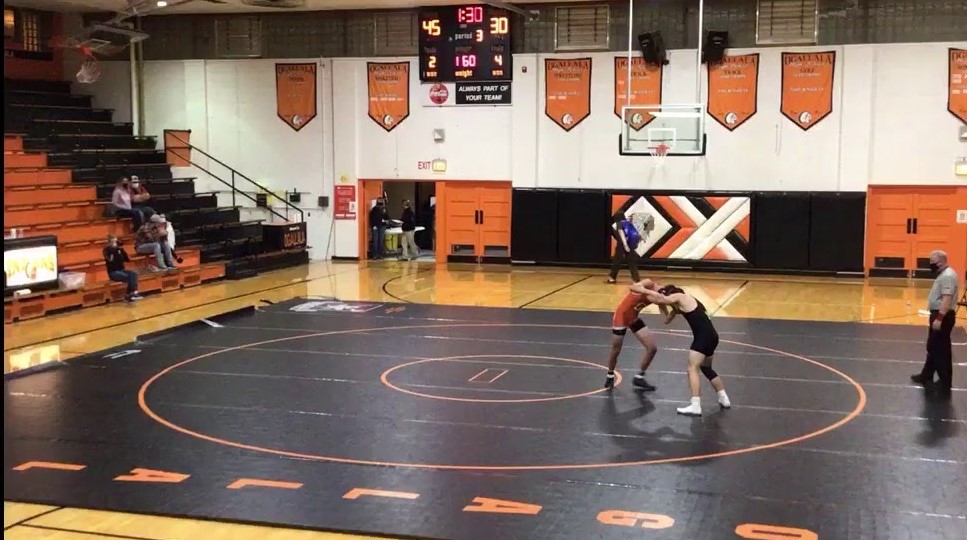 The first thing that catches your eye is the subdistricts will be happening on different days. Will there be changes on Saturday due to Friday outcomes? The verdict is still out. Next question is how many wrestlers will sit out finals if their spot in districts is already guaranteed? We hope not many but with districts being reseeded this could cause a domino effect.

There has already been some shifting with Luke MacDonald going down to 182 and Nate Rocheleau dropping down to 138. We will see what happens Friday to see if there were any changes in Saturday subdistricts.

Class B has six teams per subdistrict with the exception of 1-A which has seven. For the most part the subdistrict tournaments should finish in record time.

Class B could be a narrow finish at state. Gering, Beatrice and Aurora have a little bit of separation from the field, but Bennington could enter the mix with a good district. Obviously it will be vital for each of the top teams to push their top guys through. Every potential point scorer that makes it to Omaha will be vital.

A few weights to keep an eye on:

106 4-A: 106 is loaded all across Class B and a lot of the strength will be out in district four. In Subdistrict 4-A there are three ranked wrestlers alone. #3 Jorge Carizales (Ogallala), #6 Joey Canseco (Scottsbluff), and #8 Ashton Dane will all be vying for the top spot. Also wrestling in 4-A will be 7-1 Riley Picket-Pin (Alliance) and 13-13 Abel Flores (Gothenburg) Carizales has an 8-1 decision in hand against Canseco already this season. Meanwhile, Dane has not wrestled Carrizales nor Canseco. Conseco and Carrizales each have a win over Flores. Picket-Pin seven wins are by forfeit.

120 2-B: #5 Thomas Ivey, #8 Wyatt Olberding, Ashton Munsell of Wayne, Atticus Dick from Blair and Jackson Franks of Omaha Gross all have winning records.

138 1-B: Five total wrestlers and all five are not just qualifier caliber, but rankings contenders. #5 Logan Jaixen of Lakeview leads the way. Boys Town’s LeBron Pendles is a returning qualifier. Mohamed Siidow of South Sioux City has a win over #10 Mass. Blake Kile from Hastings wrestled #4 Kruse to a one point match. Kemper Reed of Waverly has a win over #9 Heath.

145 4-A #4 Gage Stokey (Ogallala) and #5 Asa Johnson (Alliance) have already wrestled four times this season with Stokey leading the battle 3-1. Johnson has the most recent victory with a 6-4 OT decision in McCook last Thursday. Also joining those two is #9 Albert Stone (Gering) and Ty Hotz (Gothenburg). Stone moved up to 145 after Rocheleau dropped down to 138. Stone has had a strong season only dropping two matches all year to #3A Darian Diaz and #6B Jayden Coulter. Both matches were down at 138. All four will advance and will have tough bouts in districts with #6 Conner Wells (Broken Bow) and #10 Canyon Hosick (McCook) coming out of 4-B.

195 3-B: #4 Brekyn Papineau (Aurora), #7 Victor Isele (Northwest), 2019 qualifier Domenic Hyson (Fairbury), Sam Gustafson (Mount Michael) and Kyan Lausterer (Wahoo) all have winning records. Only one ranked wrestler in the other subdistrict in #9 Lambert so moving through here will result in a good chance of qualifying.

220 1-A: Five winning records entered here. Looks like it’ll be Deveney going for Bennington. Him and Carter Lerch have split time at this weight this season. Nick Erickson of Pierce, Daniel Jerez of Schuyler, Jadon Webster from Elkhorn North and #4 Mikah Ruiz of Nebraska City also have winning records. The top four here will have #3 Blake Davis and Nate Leininger of Waverly to contend with next week. It appears Hemberger of Adams Central will be down at 195.

One thought on “Class B Subdistrict Preview”