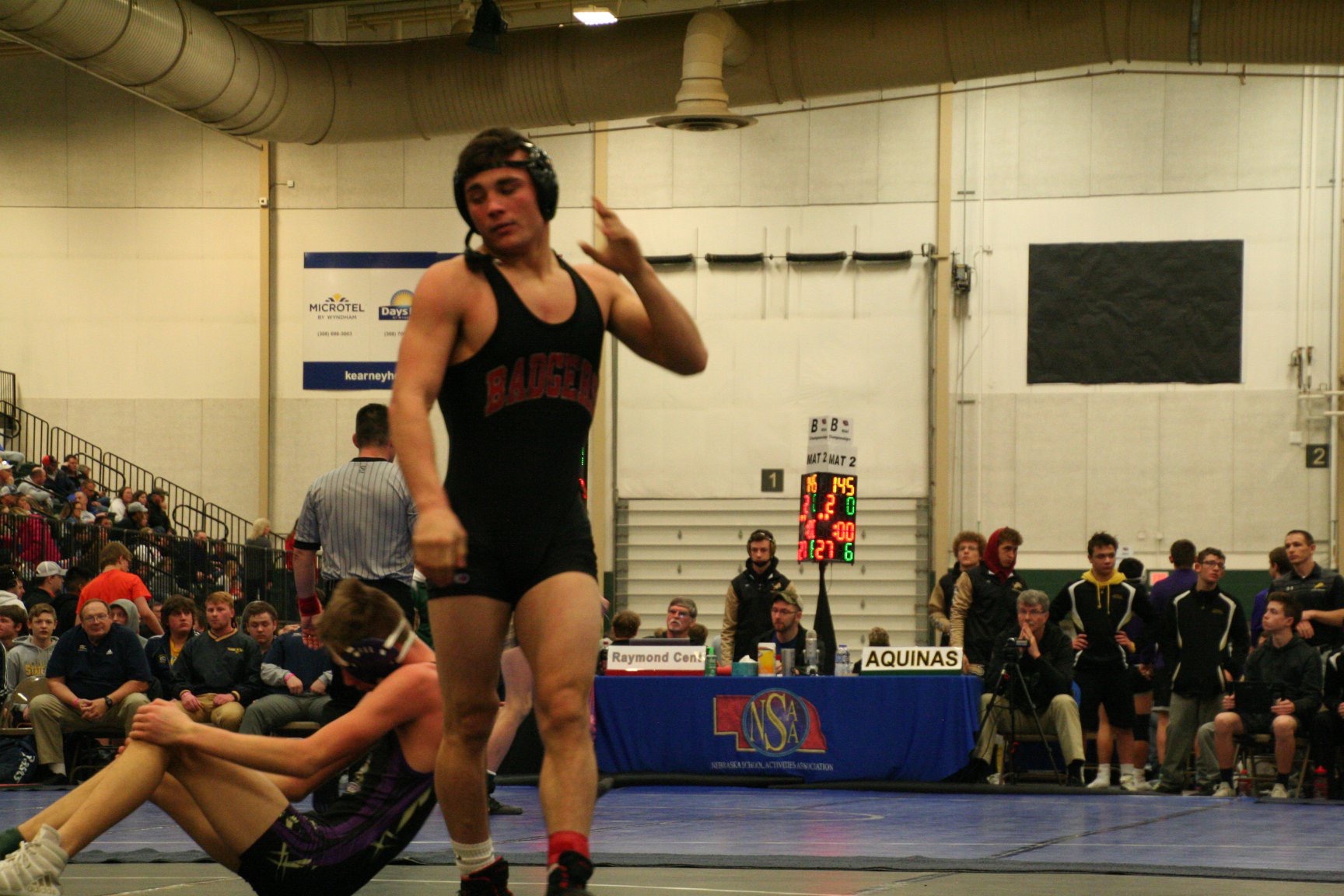 In 2020 there is just one wrestler going for a fourth state title, Nebraska-Kearney commit Gage Krolikowski. Krolikowski has been known as a pinner. His freshman year he pinned his way to a state title at 113 pounds. As a sophomore, he had a little bit more difficult way to the finals after two pins in the first round and quarterfinals, Krolikowski found him self in a tight battle in the semifinals against Lee Carlson. He prevailed in a close 3-2 decision before winning the final by fall. Last season, as a junior, he went undefeated and pinned his way to the finals. He wrestled Jeaven Scdoris in the finals and won 7-1. This season, Krolikowski is 44-0 and going for his fourth title. He needs three pins to tie the Class C record at 13. If he pins his way though, he will be the sole leader of state tournament falls.

Gage’s road to his fourth state title should include a semifinal match against fellow unbeaten Cameron Graham. He has a win by fall over his likely finals opponent Christopher Nickolite.

The Northwestern commit will have the chance to be a four time finalist going for his third title. As a freshman, Mayfield lost to Joey Harrison in the finals 8-0. He has not looked back since. As a sophomore, Mayfield was 49-2 and won his first three matches with bonus points before winning the state title bout by a  3-0 score over Camden Russell of Millard West. Last season as a junior, Mayfield went 51-1 and won every match by bonus points. He notched two pins and a tech fall before winning by fall over Millard South standout Tyler Antoniak. This season, Mayfield bumped up four weight classes to 160 and has gone 52-0 and will look to cap off his senior season with his third straight title and first unbeaten season.

Oklahoma State commit Jakason Burks has sought out the best competition all season long and has an unblemished record. He has wins over the top ranked A wrestlers at 120 and 126. Also, his accomplishments in Freestyle and Greco are unparalleled in Nebraska.

Burks was an undersized freshman, but still managed a fourth place finish at 106 pounds. Burks returned to 106 for his sophomore season and took home the title in fantastic fashion with a 1:33 fall over now two-time finalist Caleb Coyle. As a junior Burks went 58-0 and won his finals match by fall over Nathan Rizek of Lincoln East. This season, he is 44-0 competing at 132 pounds. A132 is considered to be one of the toughest weights in the state this year.

Stoltenberg finished third his freshman season at 120 lbs. His sophomore year he was the cardiac kid, winning his semifinal match in sudden victory 4-2. His finals match against Kaden Vowers was another tight one. He pulled out a 6-5 decision in ultimate tiebreakers in a match that had to have lasted close to 30 minutes. Last season, Stoltenberg’s path to the finals was a lot smoother. He won his first three matches with bonus points. His finals match up he was wrestling Trey Arellano who was going for his third state title. Stoltenberg was able to pull out an 8-4 decision and also avenge his lone loss of his state tournament career from his freshman season in the process. This season he is 35-4, with two out of state losses and two losses to Maxx Mayfield.

Williams is on pace to become a four-time champion for Valentine. If both he and Krolikowski win titles this year, then Williams could give Valentine back to back four-time state champions next season.

Williams went 36-2 winning the state title as a freshman at 106 over Central City’s Dyson Kunz. Last season he moved up to 113 and pinned his way to the finals. In the championship match Williams was in a dog fight, but ultimately won a narrow 7-5 decision over Zach Zitek from Aquinas. Williams road to a third title this year will go through Zitek much earlier in the tournament. They could have a finals rematch from last season in the quarterfinals. His finals match could be against Casey Faulkenberry from Broken Bow. Williams is 2-1 against Faulkenberry this season.

Garcia went 36-6 as a freshman in a season that ended with a state title after an exciting 3-1 overtime win over fellow freshman Gabe Grice. Last year as a sophomore he finished 38-5 with a 5-2 win over Jace Russman from Cozad. This season might be a little different as he enters state as a slight underdog to #1 Drew Arnold. That match will take place in the semifinals on Friday night. He avenged two of his losses this season with a district finals win over Gering’s Paul Ruff.

Garcia has made three trips to the Walsh Ironman Tournament in Ohio, which is widely considered the toughest in season high school tournament in the county. This season he wrestled there at 113 and came within grabbing a medal there. He has since made the move up to 120. Garcia’s season doesn’t end in February as he is very active on the Freestyle and Greco circuit as well.