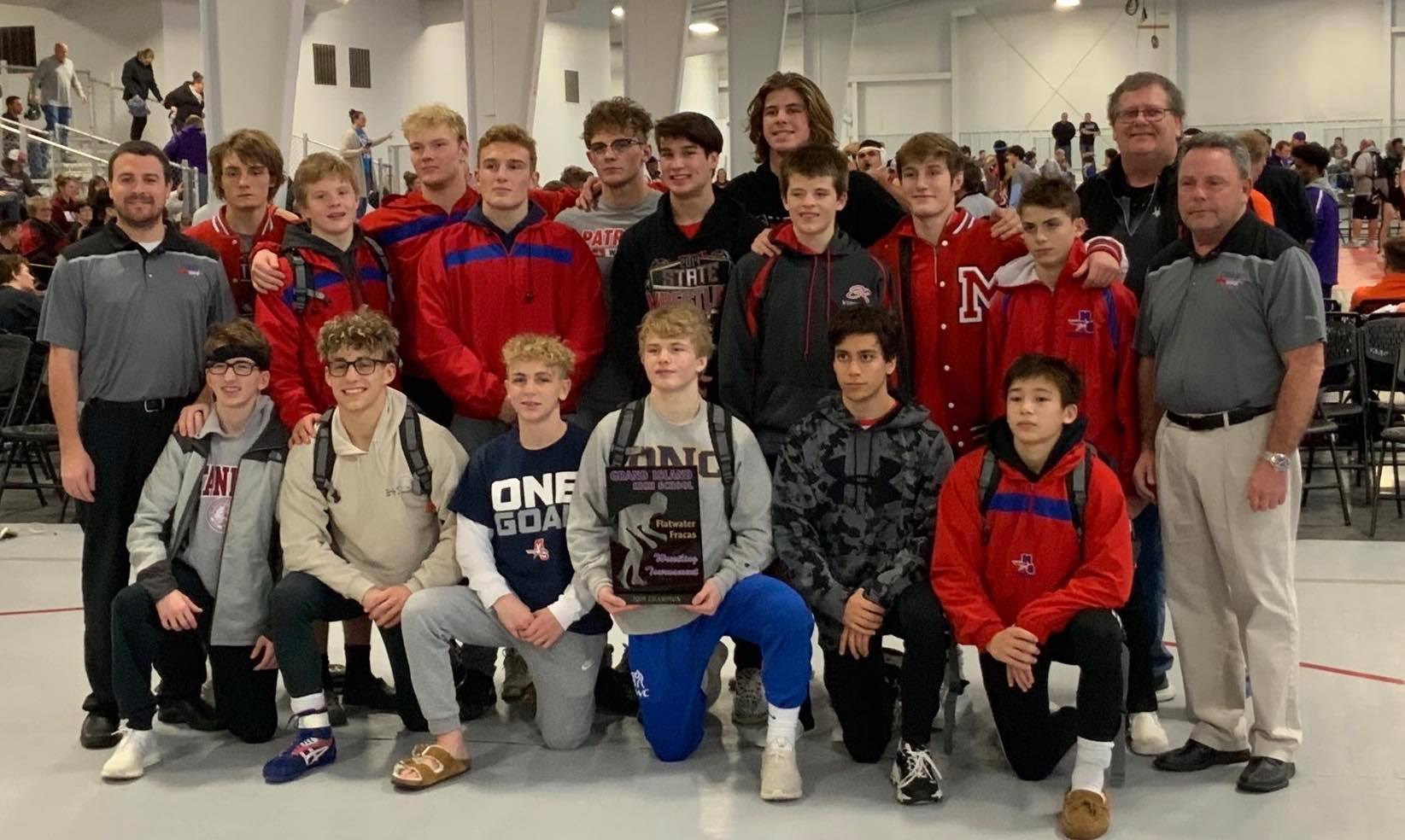 Saturday will be the 8th NSAA State Dual Championships. Millard South is the defending Class A Champion. Last year was the Patriots fourth title, and this year they enter the state duals with the #1 seed after going 16-0 this season.

#5 Omaha Burke over #4 Norfolk
The two teams will have contrasting styles in this matchup. Both teams have deep lineups but Burke should have the advantage based on their ability to score bonus points at several weights. Norfolk can never be counted out though with their mental toughness and will to win. Burke overall will have the more experienced wrestlers and should win in a close one.

#3 Lincoln East over #6 Millard North
Millard North has only dualed one team in this field and fell to Burke. Lincoln East is deep and experienced and has been here many times before. The wrestlers will be familiar with each other from the CB Classic and the North Star Invite. Lincoln East has the deeper lineup on paper, and should pull away in this one. Allerheiligen and Baustert at 113 is the marquee match in this one.

#2 Grand Island over #7 Kearney
Grand Island has one win over Kearney this year, and will look to add two more over the Bearcats this week as the dual on Thursday prior to their meeting Saturday. Some of the teams’ strongest wrestlers will be at the same weight classes. Injuries have hurt Kearney this year and could slow them down in the duals a little bit. Grand Island may win a close one where it could come down to 285. All eyes will certainly be on the 113 match between #1 Juan Pedro vs #2 Archer Heelan.

#1 Millard South over #4 Omaha Burke
It would be the first match up between the two schools this season, although they are familiar with each other from a metro perspective. The two team’s strength is definitely in the lower half of their lineups. After a back and forth early part of the dual, the Patriots will pull away as they move up into the upper weights. Will we see Burks vs Knopick again at 132?

#3 Lincoln East over #2 Grand Island
Grand Island won the early season match up at the Fracas by one point, 34-33. This semifinal will be very tightly contested. Lincoln East was not at the full strength in that dual, and Grand Island has had guys change weights since then so this dual will be all over the place. Both teams have ranked kids all over the board. It could come down to bonus points where Lincoln East holds a slight advantage with Mayfield, Lyman, and Sperling being at the top in bonus point victories in Class A. Expect Lincoln East to win a very close one.

#1 Millard South over #3 Lincoln East
The two teams have started to separate themselves from the rest of Class A, and it will be a tight dual for the Championship. Millard South ran away the first dual 53-17. Lincoln East will look a lot different this time around. The match will be decided with swing matches at 182, 195, and 285. In the end, Millard South should remain unbeaten and bring home back to back titles.