Everything you need to know about #5 UNK vs #4 Central Oklahoma. 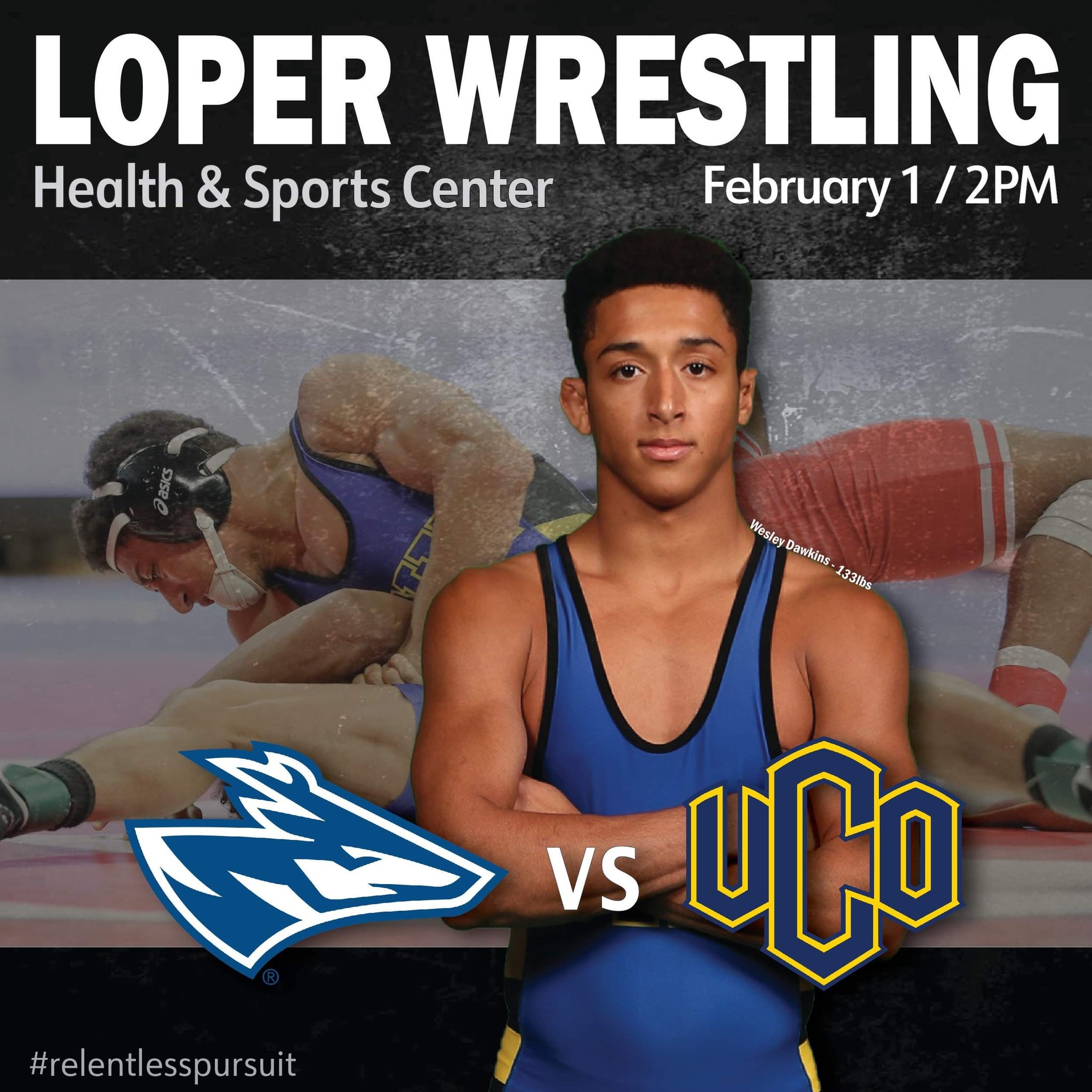 On Saturday, Nebraska-Kearney will welcome Central Oklahoma in a huge dual between two TOP FIVE teams. Flowrestling currently has the Lopers entering the dual ranked fifth in the country and UCO enters at number four. The two teams met up previously at the NCWA National Duals earlier this month, with UCO coming out on top 18-13. The dual will be at 2 PM in Kearney at the Health & Sports Center.

Cole won the first match up in overtime 8-6. These two will not only be wrestling for national ranking spot, but will be looking to pick up big team points in a dual where every match will be highly competitive. Portillo was national runner up last year for the Lopers and will look for a big win to help towards seeding at next month’s D2 National Championships.

Dawkins won the prior match up 4-1 for the Lopers to give them their first points of the dual. Both Juniors are competing for seeding at nationals, where Dawkins was a runner up a year ago. In the mind’s eye, Dawkins should be in better shape for this match as well after making the descent from 141 after Christmas. He has been wrestling down at 133 for a couple weeks now and should be in top shape.

This was a very close match the first time these two met up. Killingworth won the dual 3-2 to get back to back wins for the Lopers. He has spent a lot of time this year in the rankings and will be looking to get back in with a win here. Keim was a national qualifier last year and went 2-2 in the NCAA Tournament. Both wrestlers will be looking at this match to spring board themselves into the final part of the season.

After transferring from Wyoming, Turner made his season debut last weekend at the UNK Midwest duals for the Lopers going 3-0 with two wins over ranked opponents. He will have a tough task at hand, as Filippo wrestled Teontae Wilson at the National Duals and won 12-4. Moore has also wrestled varsity for the Bronchos and took #2 James Pleski to overtime before falling 3-1. This is a big swing match in the middle of the lineup that will go a long way towards determining the winner of the dual.

Wasser and Cunningham have both seen varsity time for the lopers this season and have bottle battled through injuries to this point. Cunningham owns an early season win over #4 James Burks from Northern State. Wasser competed in the Dual against CWO and Lucas and lost 6-3. Wasser will have the experience of seeing Lucas before. Either wrestler will be looking for the big upset in this dual.

Defending champion Matt Malcom has been handling the pressure well this season, and comes into this dual looking to continue his winning ways. These wrestlers did not meet up at the National Duals, so there may be a bit of a feeling out process early. It will be a big win for either wrestler for seeding.

This is another swing match between the two schools. Garraway and McBride tussled at the National Duals where McBride came out on top in a close 5-4 decision. Seitz wrestled 174 last weekend for the Lopers at the UNK Duals and went 2-1 and proved to be a tough opponent for whoever Coach Jensen chooses to run out on the mat.

This one vs two match up will surely have a lot of implications on this dual and the National Tournament. Mancini, a transfer from Franklin & Marshall in Pennsylvania has proved to be a fierce opponent since joining the lineup this month. Gray defeated Mancini at the National Duals in overtime 3-1 the first time they met. This should be another close low scoring match. Mancini’s first meet on varsity was at National Duals, and he should be in better shape this time around. Gray was a third place finisher at 174 pounds last season, and is looking to take home a title this year. This could be a good finals preview for a few weeks from now.

These two did not meet up at the National Duals, as the Bronchos had Dalton Abney competing for them. Abney defeated Demos 6-3 to lock up the dual win for Central Oklahoma. Winkler will be a different opponent who will be looking for the same outcome.

Hinrichs is the fourth returning NCAA finalist from UNK’s team from a year ago. Hinrichs missed the first few weeks of this season, but has bounced back strong. He will take his #4 ranking into another tight match up. Hinrichs won the first match up 3-2. The Lopers will need another big performance from Hinrichs, as the dual could come down to the heavyweight match.