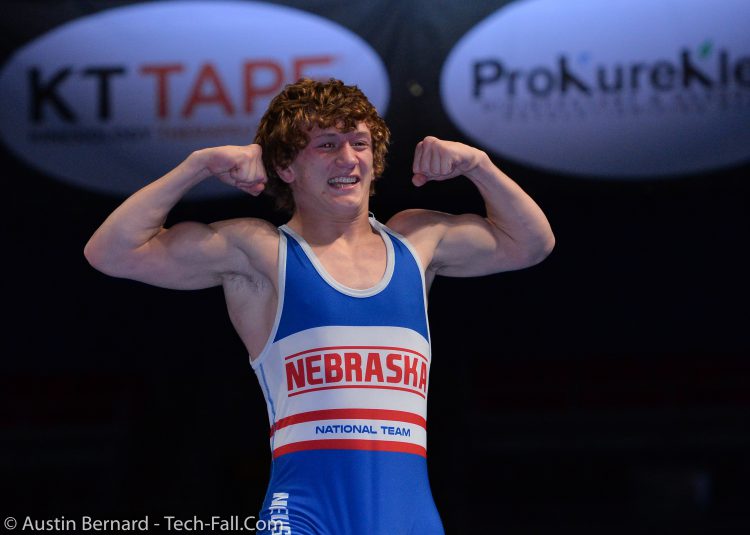 At the time, none of us could have predicted what was going to come to these wrestlers in the future. In 2016, when the brackets were released Jake Stogdill, from Millard North looked like the early favorite. After all, he was the defending champion at 113 and was third place as a sophomore. By the time the tournament was over, Jack Huffman from Millard West was getting his hand raised for the first time. He defeated Stogdill in the championship 3-2. Jake was a senior and is now wrestling for Colorado School of Mines. Huffman, a sophomore at the time, would go on to finish runner up to Phillip Moomey, from Kearney, his junior season at 120 pounds. Senior year, Huffman was back on top as the champion of Class A 132 pounds. Huffman is now wrestling for Augustana university. Speaking of Moomey, 2016 has been the only year he has not won a state title. He would end up in fifth place. Since then he has won the title at 120, 126, and is currently number one at 132 pounds heading into this weekends state tournament. Moomey is also a signee to Cornell University.

This bracket also saw the likes of junior Eron Haynes from Omaha Central. The previous season he had finished in fourth. This time around Haynes lost to Stogdill in the semi finals before finishing third place. The following season Haynes would go on to win the 126 pound weight class. Haynes is now wrestling for Nebraska Wesleyan University. Also in the class, Chance Fry who at the time was wrestling for Lincoln Southeast before transferring to Lincoln East. Fry finished fourth overall. Losing to Huffman in the semis and Haynes in the third place match. Since his fourth place finish as a freshman, Fry has gone on to win state at 132 pounds as a Sophomore, and 145 pounds as a Junior. Currently Fry, an Iowa Western commit, is ranked number one at 152 pounds. Michael Brideford, a Senior from Omaha Burke who finished in sixth was a multiple time placer. He also finished fifth as a junior, and was a state qualifier as Freshman and Sophomore.

Other qualifiers include another Freshman in this bracket, Nathan Rizak from Lincoln East. Rizak has qualified for state all four years and enters state this weekend as the number two ranked wrestler at 120 pounds. Reid Dasher, a Junior at the time, wrestling for Papillion-La Vista, was a three time qualifier who finished fifth his senior year. Noah Molzahn a Freshman from Fremont at the time has qualified for state as a Freshman and Sophomore. Izzy Miranda a Sophomore from South Sioux City, qualified also as a Senior. Dae’Kwon Seavers a Junior from Omaha North was Junior at the time. He qualified three times. His senior year, he would finish runner up to Haynes at 126. Emerson Urbina from Grand Island was a sophomore at the time and would be a three time state qualifier. Jadyn Bender a sophomore from Omaha Northwest would be a two time state qualifer. The last freshman of the group was Chayse Schaub from Lincoln Northeast, qualifed for state as a Junior and this year at 145 pounds. Doug Cheek a Junior that season from Bellevue East would be a two time state qualifier. Finally Colt Kinen a Sophomore that season from Papio South was a state qualifier.

In all, the group had eight state championships among them. After this weekend, that number can be inflated to ten. Wrestlers from this weight are spread out at college programs across the county. It probably was not the most stacked bracket of all time, but it is up there.