2019 Class A State Tournament: First Round Must Watch Matches 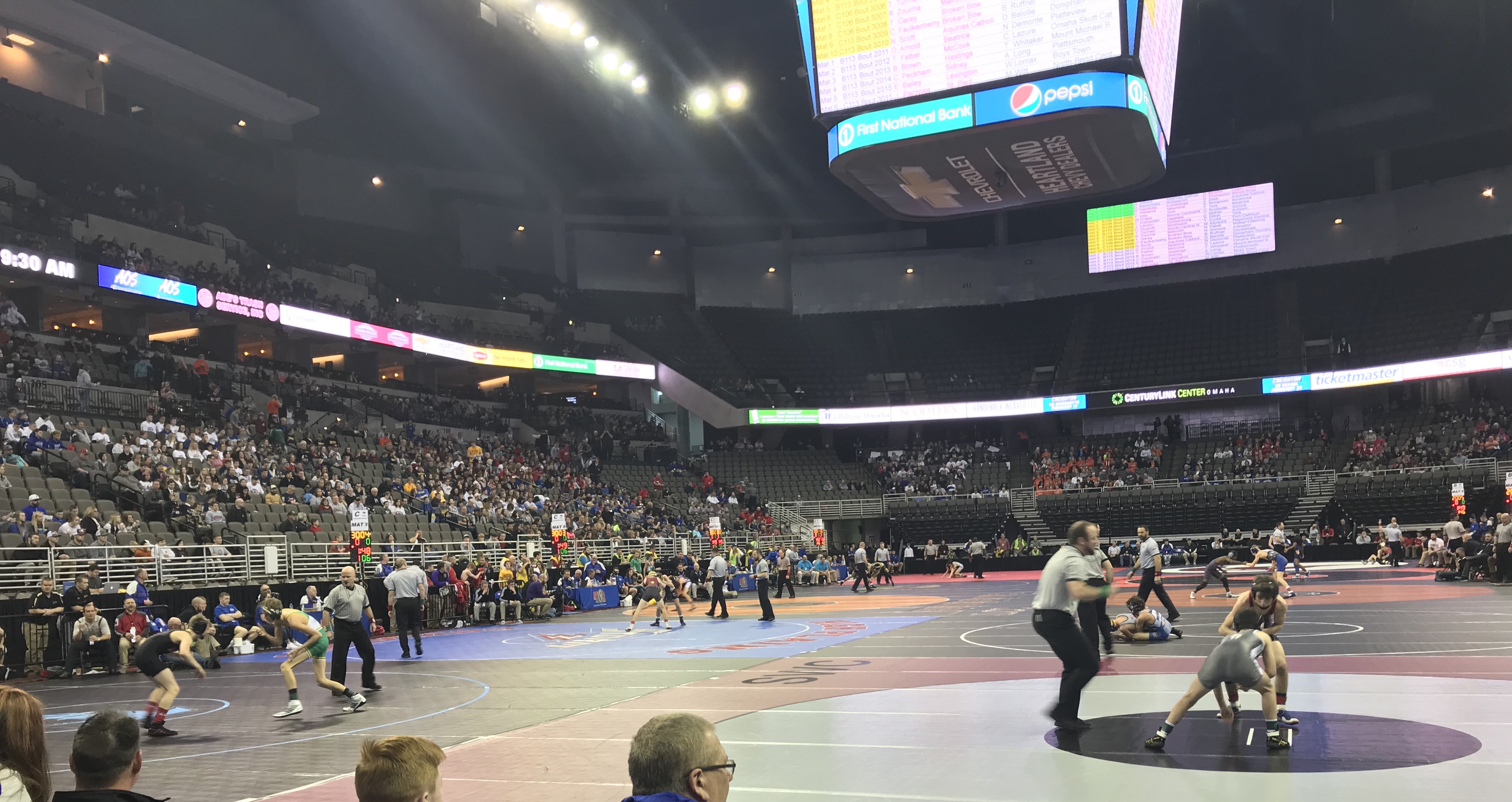 Fuchs has had a solid freshman campaign, and finished 4th in one of the toughest district weight classes in Class A. Stenger took a while to get down to weight, and earned his starting spot later in the season. The winner will surely face Gabe Grice in the quarters and have a great shot to medal in the most widen open weight in Class A.

While Swift has won 58 matches in his high school career, he’s still looking for a signature win to hang his cap on. Jackson was on pace to win 200 matches in his career before an injury shortened this season. Jackson is the favorite here, but both wrestle at a high pace, and that always makes for exciting battles in the postseason. Swift is a key piece in Lincoln East making a run at the team title.

Allerheiligen has been in the rankings since his run to the finals of the Omaha Metro tournament, while Kingery has a few wins over ranked opponents who were up in weight despite 19 losses on his record. The winner will have a winnable quarterfinal match against Morrow or #6 Martinez, while the loser will likely have to beat #4 Steele or #1 Burks to make the blood round.

In one of the deepest weights across the state in terms of returning state placers, Ferguson has a good shot at coming home with a state medal. Sturdivant is a two-time state finalist looking to finish his senior campaign on top. Both can wrestle in tight matches, so expect a low scoring defensive battle right out of the gate.

Don’t be fooled by Lukasiewicz’s 11 losses, as he’s wrestled a tough schedule this season. The winner of this match will likely face #3 Niemiec in the quarterfinals, and will also have an easier route to the blood round.

Okereke won a 6-5 match over Molzahn in late December, and the winner of this match has a winnable quarterfinal match against #6 Miller (who has already pinned McCarthy this season). The loser of this match will likely face #3 McBride or #2 Antoniak to advance to the blood round.

Burke needs a solid performance from Nielsen to provide depth behind their likely 3 state champions (120, 160, and 195), and Nielsen has a good draw to the semis. Wentz has had a solid season and can get a head of steam with a first round win.

Although Stapleton is favored, Fullner also creates action, and is a pinner. The winner will likely have #5 Licking in the quarterfinals. Fullner’s teammate Iwan pinned Licking in early January.

Returning state placer Splater has had a consistent season, losing only to ranked opponents. He’s favored over Schendt, but Schendt has had a solid junior campaign.

Dawson owns a 2-0 record over Kelley this season. He won the first match by fall, and the second match by an 8-7 score. Kelley knows that his team needs him to go deep into the tournament, and winning first round is the smoothest path to a state medal. Dawson has been able to hang with some ranked opponents this season at 160 and 170, so expect this senior to look to widen the gap.

Vaughn was ranked at the beginning of the season, but returning state medalist Relford nudged him out of the rankings when he settled at this weight. The winner will surely face #1 Trumble in the quarterfinals, but should cruise to a top 6 finish after that.

Sprieck has made an appearance in the rankings, while Hilding has been just outside of them. These two have not met this year, and both have been surging late in the season. There’s no easy path to the blood round at this weight class, but a first round win makes things more manageable.

Vasquez won 4-3 over Quezada in mid-January, and both have had very solid seasons. There are landmines all over this weight class, especially #1 Grape who the winner will likely face in the quarterfinals.
285: #1 Conner Cowling (Norfolk) 39-0 vs Jacob Ngeleka (South Sioux City) 26-13

While Cowling has pinned all but two of his opponents this season, he hasn’t faced Ngeleka. Ngeleka has spent some time in the rankings, so this is close to a first round matchup between ranked opponents.

One thought on “2019 Class A State Tournament: First Round Must Watch Matches”