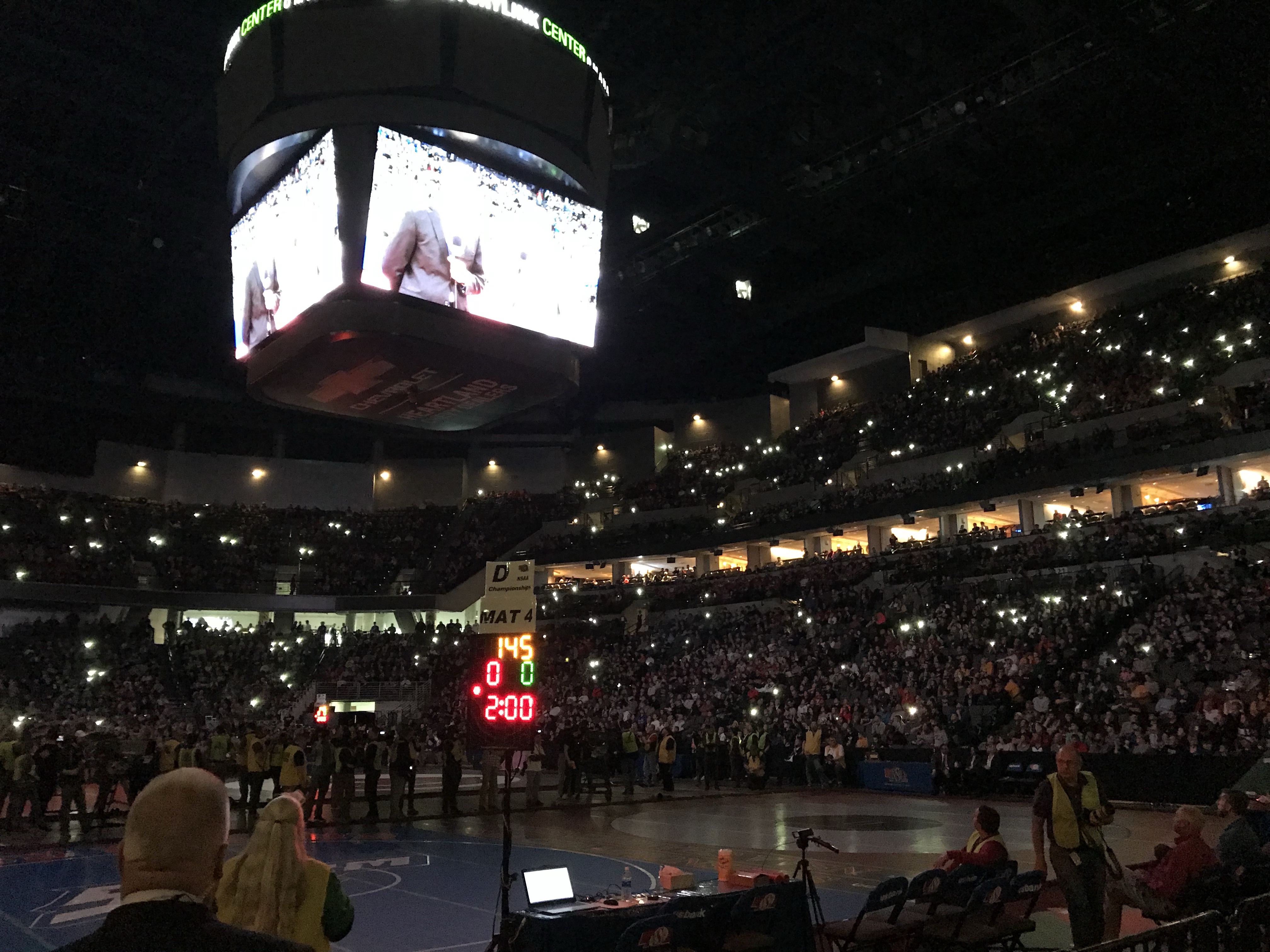 This one is a must watch in the first round. Both have been in and out of the rankings this season. With no prior meetings between the two, all we can do is expect a close battle!

These two didn’t wrestle when the two teams dualed each other earlier this year. Bridgmon has an OT win over Vondra from Milford, and Schmitt is 2-1 against Vondra so this one definitely looks like a close matchup.

A good one out of the gate at 120. Most of Boyce’s matches were up at 126 this year so not a lot of common ground between the two. The loser of this match will still have an excellent shot at bringing home a medal.

Third ranked Schram finished 4th in the brutal C2 district. Schernikau will be in the underdog role here, but he certainly has momentum on his side after capturing the C1 district title.

Two of the top freshman in Class C will meet in the first round. Nickolite didn’t enter the varsity lineup until late in the season, but had plenty of quality wins that didn’t count on his record. Graham has had a phenomenal season and earned a district title with a win over #4 Lade.

This is the first match in Class C between two ranked wrestlers in the first round. It will be a rematch of an earlier season matchup won by McNeill 8-2. Expect a hard fought battle between these two seniors.

Sterup spent most of the season up at 152 before dropping to 145 and his only losses since making the drop have been to ranked wrestlers. They both have narrow losses to #6 Kluthe and should be in the mix for a state medal.

Returning medalist Verzani and standout freshman Battershaw is one of many good first round matchups at 152. Battershaw has split with #6 Ulmer so he’s definitely capable of capturing a medal. Verzani has been rock solid all season.

This is a huge matchup because the winner here will be favored in the quarterfinals. Jones avenged two of his losses in the district finals so he’s peaking at the right time. Borgmann finished fourth in the stacked C2 160 weight that had four ranked wrestlers. This should be a good one!

Moore’s only two losses are to the top two ranked wrestlers who are both on the opposite side of the bracket. He’ll have a tough test out of the gate against Smith who finished fourth in C4 behind three ranked wrestlers. Smith has a win over B#6 Skinner so he’s definitely a medal threat.

The winner here will have toss up match in the quarterfinals with a chance to capture a state medal. Three of Hoesing’s losses have been to Snider from Clearwater and Sprinkle lost to Snider in OT. Hoesing does have one win over Snider. Expect a close match.

From a team perspective this is a key match as both Broken Bow and David City should be in the thick of the team race. Duda did beat Escamilla by fall earlier in the season. There are no ranked wrestlers in the top quarter so from a draw point of view both wrestlers should be thinking state medal.

Simmons has two wins over Scheer this year. One of those matches was a one point victory so this one could potentially be a close battle. Scheer has been on the edge of the rankings all season. The winner here will likely have #1 Merten in the quarterfinals.

Hoevet won by fall over Schramm in the regular season. With the top three ranked wrestlers on the bottom half of the bracket this becomes huge match. Schramm has a win over possible quarterfinal opponent #5 Gilpin, who knocked off #2 Hale in the district finals.

One thought on “2019 Class C State Tournament: First Round Must Watch Matches”