Svoboda Finishes Seventh at The Freakshow 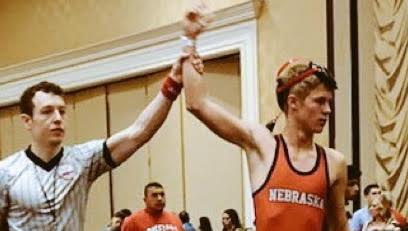 A trip to Las Vegas to compete in an elite pre-season tournament was Caden Svoboda’s birthday present this year.  He plays football for the undefeated Aurora Huskies, making his wrestling training limited, and his performance even more impressive. Svoboda won 5 of  7 matches to finish 7th in the 106 bracket in the 18U division of the Freakshow this past weekend in Las Vegas. There were nearly 70 wrestlers in his bracket.

Svoboda outscored his opponents 37-2 in his 5 wins, and shut out 4 of them. Svoboda gave the eventual champion Jake Quintana (California) his toughest test of the tournament, only losing to him 5-4 in the quarterfinals. Quintana won the rest of his matches by 4 points or more.

Since the NSAA state tournament in February, Svoboda has competed in more than  7 tournaments, and was part of Team Nebraska for the Maine Exchange. He finished 4th in the Class B 106 state bracket in 2018, and amassed 38 wins as a freshman. Assuming that he stays at 106 during the high school season, he’ll likely be ranked in the top 3 to start the season.