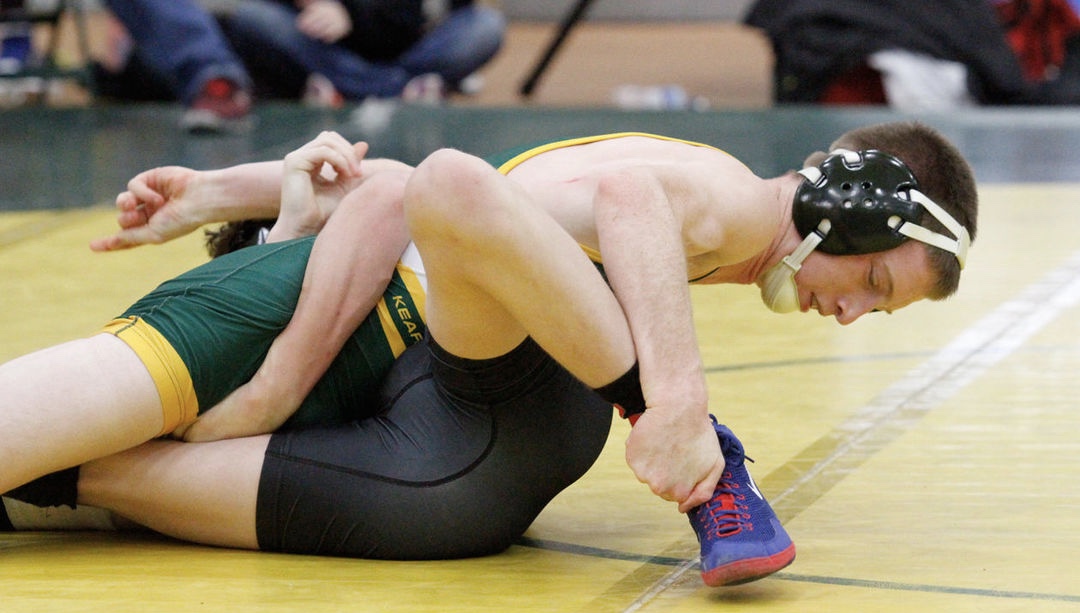 With the NSAA State Tournament pairings decided by 3 different bracket formulas chosen at random, there are always some combustible first round matches. Here are the matches in the opening round to keep an eye on.

Zoucha has only two losses since making the drop to 106 and one of them was to Patak. He has since avenged that loss and will be the favorite to win the first-round match, but it adds some intrigue.

This match is interesting because both wrestlers have been under the radar a bit this season. McDonald actually began the year at 132 and only made 113 for the last few weeks. Cluff has been solid out west this year. The winner of this match could possibly bring home a medal.

While it seems like the top five at this weight have been pretty well set for several weeks, Sandoval has emerged as a good shot to grab the sixth place medal or perhaps finish higher. Schernikau has wrestled some of the best competition in the state and a first round win over Sandoval could propel him to a medal.

Hinrichs and Carranza have met once this season with Hinrichs winning in a 7-6 match. Look for this first round match to be close as well as the two appear to be evenly matched.

Austen Spike was a surprise district champion from the 7th seed. DeVries finished 4th in the super tough C1 district. A win here would set either wrestler up for a good opportunity to medal.

The two met last year in the first round at 126 with Hogue winning 11-6. The main reason this match stands out though is that the winner of this bout will be favored in the quarterfinals. A loss on the other hand would make for a very tough road back to a medal.

Verzani made a January drop to 145 and entered the rankings late in the season. This is one of just two battles between ranked wrestlers in the first round.

This is a big first round match between two wrestlers just outside of the rankings. The winner would likely square off against Ray from North Bend, who is also unranked, in the quarters for a chance at a state medal.

The top quarter at 152 is perhaps the toughest in the state. Second ranked Janssen will face a tough test from Miller with the winner likely facing top-ranked Bates in the quarterfinals.

Johnson returned to the lineup for Battle Creek very late in the season. Both wrestlers came up just short in super tough districts last year and will want to make the most of their trip to the state tournament.

Moles has been ranked all season and Koch began the year in the rankings. Koch finished fourth in the C3 district behind three other ranked wrestlers. The winner of this one will be favored to make the semifinals.

Fairbanks came up one match short of placing last year while McGinley had a great district tournament to qualify from the 6th seed, knocking off #5 Lech for third place.

The second of two ranked first round matchups should be a good one. The two didn’t meet at GICC since Mueller didn’t compete.

McGahan may not be 100% but could make a run at a semifinal berth if he’s ready to go after an injury default to 4th place at districts. District champ Marx has been impressive all season and likely has his sights set on the semifinals as well. Should be a close match out of the gate with the winner potentially squaring off against #4 Kee.

There are quite a few wrestlers at this weight capable of capturing a medal. Guerrero was a bit of a surprise district champion and will have district 4th place finisher and fifth ranked Simmons right out of the gate. Both wrestlers are capable of bringing home a medal.

Significant matchup in the first round even though it would mean a quarterfinal bout against #1 Lefferdink. The winner of this first round match could realistically bring home a medal, despite not being ranked throughout the season.

One thought on “Class C First Round Matches to Watch”