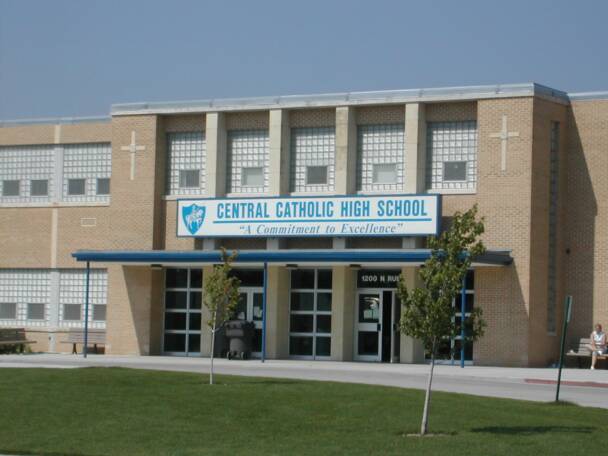 Four of Class C’s top ten teams will Duke it out at the GICC Invite on Saturday. Aquinas and Ord came down to the final match at the Wood River Invite. North Bend topped Central City at the Pierce Invite. Ord and Central City have met several times with each besting the other on different occasions. Aquinas and North Bend had a close finish at the Logan View Invite. Given the close results we should see an exciting team race. Look for Kearney’s JV team to compete towards the top here as well as they have state qualifiers that are not on the varsity lineup and are near the top at almost all of the smaller school tournaments they participate in.

106:
Looking forward to a ranked matchup between Kunz and Zitek.

113:
Rowse and Scott didn’t meet at the Wood River Invite in which Rowse was the champion.

120:
Jones will try to fend off state qualifiers Steele and Boyce along with Schneiderheinz who has been coming on strong lately.

126:
Brandenburg beat Carranza 8-4 earlier in the year. Asche has a one-point win over Dybdal.

132:
Alvarado is 2-1 against Tejeda this year and has beaten Green. Green has head to head over Tejeda in their lone meeting this season.

138:
Loftis has yet to lose a match at 138 since dropping in early January. Wardman pinned Nuttelman early in the year. Kluthe is back at 138 after spending most of the year at 145. Most of Moore’s losses this season are at 145/152. He has a head to head win over Nuttelman.

145:
Ray pinned Gallion in an earlier head to head meeting. Cepel made the heartbreak round in class A last year at state. Several other solid wrestlers at this weight.

152:
Very competitive weight class. Looks like Sauceda is back up from 145 indicating he’ll likely compete at 152 for districts. Wegrzyn has been solid all season and will probably enter as the top seed. Bentley and Shoemaker have split matches. Strauss has common opponent over Shoemaker.

160:
Borer and Petree met at this tournament last year with Borer winning by 14 points. The script was flipped a few weeks later at state with Petree getting the better of Borer. Schneiderheinz lost 2-1 last week to #2 Long. Based on records it looks like Petree and Schneiderheinz will square off in the semifinals, with the winner seeing Borer in the finals.

170:
Hines and Coufal met earlier in the year with Hines winning 1-0. Coufal beat Caneva in a wild 17-13 match at the Aquinas Invite and then pinned him a few weeks later at the Centennial Conference tournament. Probably a battle for fourth place after that.

182:
Reimers has already bested Mueller by tech fall earlier this year. Mueller has common opponent over Lech, who is a likely semifinal opponent.

195:
Gabriel hasn’t wrestled Allen, Schluckebier or Allen. Schluckebier has a 7-4 win over Ray and a pin over Allen. Ray has a better record than Allen so guessing he’ll be third seed. Allen should have a tough quarter against Wisnieski, who he’s beat three times this season, once by a one-point margin.

220:
Carlson beat Simmons by 5-4 a few weeks ago. Buresh will be a tough semifinal for Simmons.

285:
Doesn’t look like a lot of top end wrestlers at this weight, which could be pivotal from a team score standpoint.