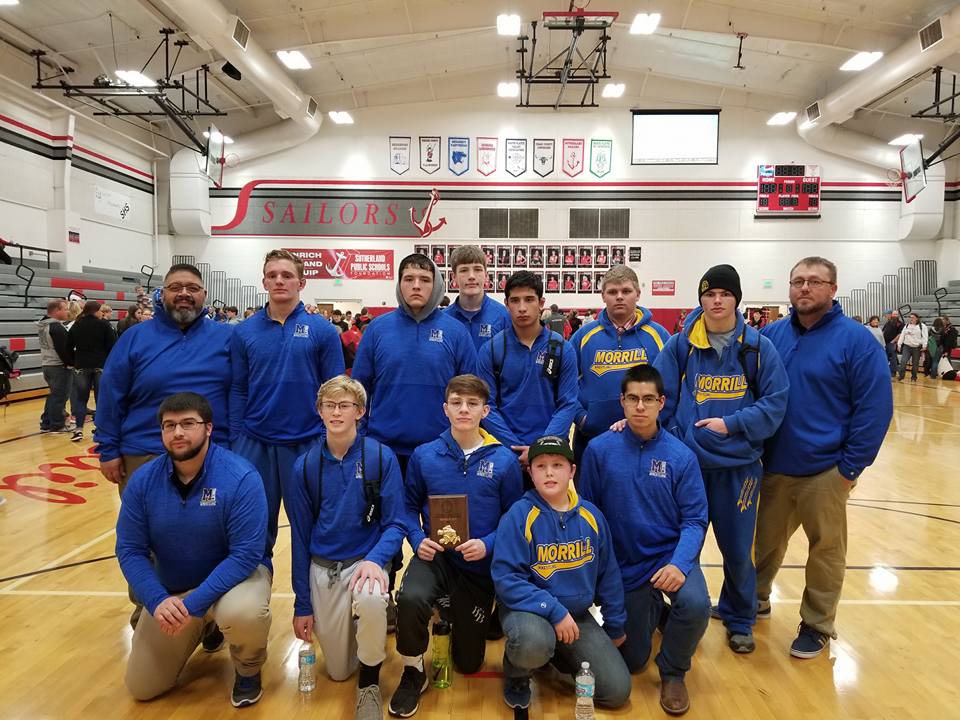 Nagel is the heavy favorite. Thelander has the next best record and projects as the runner up. After that the field is wide open. Mckeeman from Maxwell wrestled at 106 earlier this season so there is a possibility he will drop back down to snag a spot here.

Murillo and Marshall have split matches at this weight so either one could win it. Warmen has head to head over Walker and projects to get 3rd.

Janousek is the heavy favorite at this weight and should get to Omaha. Melton and Kidlow follow in order of record. Gholson and Pagel of Maxwell have split time in the lineup at 120 and 126 but either one should be able to qualify.

This weight has the potential for some great semis and finals matches. The projected four qualifiers have a combined 5 losses on the year. Mckibbin is the predicted champion because of a common over Smith and head to head over Lovitt. Planansky missed most of the year so far but just returned to the line up last week.

Cameron Riggs continues his quest to be a 4 time undefeated state champion. He should have no troubles getting threw this district setting him up to make one final run in Omaha. Schleve has head to head on Schwartz. Standiford projects 4th based of record.

Riggs is the heavy favorite to win this weight. He has beat white a number of times this year. White and Cooley should make a great semi-final match. White has beat Cooley 3 times this year by a total of 4 points. Holthus projects in 4th based off record.

Garcia and Standiford have had great season up to this point and should clash in the district final. Foster has head to head over Messersmith.

Hunter has head to head over Jones and projects as the district champion. McGill and Gibson have gone rounds this year with McGill coming out on top that last few times.

Howell projects as the district champion based on a couple head to head wins over Mader. Kennicut has head to head over Tobacco. Wouldn’t be shocked to see a 160 bump up here.

Wood is a heavy favorite to win this weight class. Running Hawk is the projected runner up based on record. After that the field is wide open but Smith and Neal look like the most likely candidates to qualify.

Kvanvig and Gomez have spilt a couple matched here but Kvanvig has won the last couple so her predicts as the champion. Gomez has a common opponent win over Wolfe. Wolfe has head to head over Walker.

Hassett from Mullen is tha Favorite as he has head to head over Hill. Perez could be a question mark here as he appears to be on his way down from 285. If Perez does indeed come down he should qualify. Smith gets the 4th spot based on record. Someone could bump up from 195 and sneak in here too.

Payne has beat Ehart head to head and makes him the favorite. After that the field is wide open but Perez and Jensen look most likely to fill those spots.